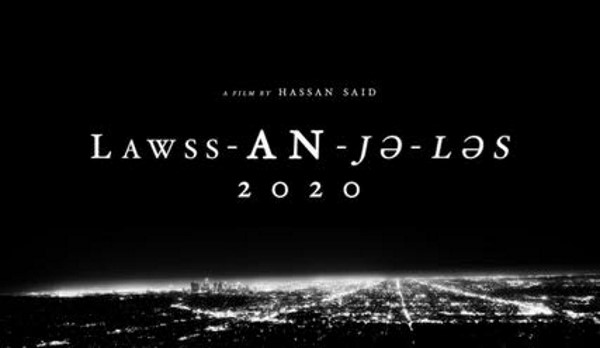 LAWSS-AN-JE-LES 2020 is a short film directed by Hassan Said, which is about the theme of life in the time of Covid-19. It’s Hassan’s portrayal of his experience in isolation in Los Angeles during this horrid time. Hassan shot, acted, edited, directed, and mixed the whole film with practical lighting and using an iPhone. Check the short-film out below:

What are the themes and metaphors that you used in LAWSS-AN-JE-LES?

The film LAWSS-AN-JE-LES tackles various themes. One of the major themes is Isolation. The outbreak of the coronavirus has not only paralyzed us when it comes to earning a living but more so psychologically. The reality is people will come out of this experience months later with potential PTSD and social depression as a result. When one spends time alone, one is forced to face the inner, the self. The theme of contamination was also part of the storyline. In essence, I used paint to reflect a sense of contagiousness, a disease being washed away, and the fear of isolation in the darkroom lit by candles shows the encompassing shadow of one’s mental state at the time.

Los Angeles in itself is a theme for this, a microcosm example of many cities in the world, being caught on camera as an empty, desolate empire, unloved, dystopia, without life. The inspiration behind the music choice of The passion of St Matthew by Johann Sebastian Bach was only appropriate for this sound of echoing the religious feeling of washing away sins, a time beyond out control – the echos of the choirs chant reflected seemly the silenced anguish of the street as well as the silence performance being portrayed. The choice of double exposure, in and out, at different moments can be compared to the loss of mind, threat, or confusion that often humans feel when they are stuck in unforeseen dangers, for an unknown extended of time. The soundscape of the city is covered by wind, animals, and coyotes. The last howl is the animal within the person screaming to be heard.

Was LAWSS-AN-JE-LES your first film, if not, can you talk about your previous film?

It is not my first film, I have been making films for the past 15 plus years. In various languages, shot in the US and abroad. My latest feature film THIS IS YOUR SONG, which is set in San Francisco, is currently in post-production was quite a feat. We pulled off a 97 minute one single take shot for the 2nd and third act of the film, marking it the longest single-take in US film history. It’s a very different film that is primarily character-driven, set in the theme of theater over the course of one night about the life of a young married couple coming to terms of its endearment. My shorts, music videos, commercials, and more can be found on my website http://hassansaid.com as well as YouTube and Vimeo.

Can you tell us more about The Covid-19 International Film Festival?

The idea for the film festival started with my fellow filmmaker friend Niko Sonnberger – who in many of our talks and sense of desperation to be creative after our lives came to a halt through this Covid-19 Pandemic. We began talking, and the idea of making a free, online film festival about the theme of life during Covid-19 came to be. Niko brought on also her amazing editor Diana Lopez to be part of the festival team. We launched our first round of the festival on April 10th, via Twitch, and we screened over 30+ films. We have received immensely positive messages and gratitude from people tuning in to watch others’ stories, or filmmakers to be inspired to tell something personal. It was a great turn out and overall positive experience – so we decide to do another round in June titled SOMMAR REDUX – about life and summer during Covid-19.

Who all can send in their entries – what are the criteria?

Anyone is welcome to send in their entries, filmmakers or not. Shoot a 1 to a 3-minute film about life and summer during Covid-19. Submission info can be found on our Instagram Page. Since we are not for profit festival, we ask the filmmakers to submit a modest fee of $2 or more to one of the charities/organizations listed in the application that are combating Covid-19 outbreaks in the US and abroad. We are keen on making sure the festival beyond the purpose of art, help elevate and support the true heroes and volunteers of this very drastic and unpredictable moment in history.

What are you going to work on next?

Well, amidst all, I am staying very busy. I am moving delicately with post-production on my latest feature THIS IS YOUR SONG, we have a lot of work to do from sound, VFX, color, music and more – and I am very blessed to have an amazing and technically savvy team helming this. We are also working with STUDIO X at the academy of art university to deliver a number of Visual Effects shots done by local bay area students. I am currently working on three feature film screenplays simultaneously and some that include other writers’ collaborations. Furthermore, developing a couple of photography projects and hoping to come up with another short for the second round of The Covid-19 International Film Festival.