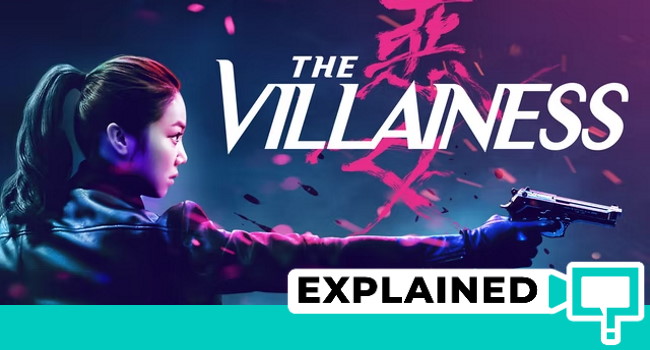 The Villainess is a South Korean film directed by Byung-gil Jung. Ok-bin Kim plays the lead role. The story follows our lead character who is a villainess amongst many other villains and villainesses. The opening sequence draws you into this film like none other but you are pretty much left craving for more while you are given something else to chew on. I don’t know if it was just me but I didn’t seem to care for any of the characters in the film. I was pretty much waiting for one bloodbath after another and its fight choreography, which is fantastic by the way. The camera, first-person view and movement during all of the fight sequences was awesome. I bet you are wondering why this article even exists. Well apparently there is a tiny little plot twist and I had a few readers asking for the explanation. So I thought I’d put together a short article. Here’s the film The Villainess explained, spoilers ahead.

Sook-hee (Ok-bin Kim) is a young 10-year-old girl who’s being raised by her single father. Her father gets on the wrong side of a gang for something he steals. One night, they come for him and he asks Sook-hee to hide under the bed. She watches her father getting killed and then bludgeoned by a sledgehammer.

It was a man named Lee Joong-sang who does it. Sook-hee doesn’t get a look at his face. When a guy with the sledgehammer comes back, we are shown that this person is Jang Chun (friend of Sook-hee’s father). Like the audience, Sook-hee assumes that Jang Chun killed her father. Reality is that Jang Chun is unable to kill him with his own hands and therefore Lee Joong-sang does it.

Jang Chun sells Sook-hee to a prostitution ring. Lee Joong-sang saves her and takes her into his gang and trains her as an assassin. Why does he do this? Well, he knows he can use the need for revenge in Sook-hee to train her to find and kill her father’s killer one day. She’s a young kid and would make a valuable addition to the gang.

Sook-hee, the assassin, the lover

Years pass, Sook-hee is now a trained assassin and begins to fall in love with Lee Joong-sang. One day she gets a chance to track down Jang Chun (who she thinks is her father’s killer) and is about to kill him. But she gets caught by his men. Jang Chun also tells Sook-hee that he wasn’t the one who killed her dad. Before he can say more Lee Joong-sang arrives and kills off everyone and saves Sook-hee. He does this because he doesn’t want Sook-hee knowing who the real killer was. Jang Chun doesn’t die, but spends the rest of his life in a hospital.

Sook-hee gets further infatuated with Lee Joong-sang and tells him that she would like to get married to him. He doesn’t really want this. He doesn’t love her. Sook-hee says that she is willing to let go of her thirst for revenge if she can get married and live a normal life. Lee Joong-sang sees that his trained assassin is now not of much use. His interest in Sook-hee is nothing more than physical.

So he sets up an act. He stages a wedding with her and on their honeymoon, he goes to save a member of their gang. He stages his death. Sook-hee loses her mind and goes on a killing rampage and takes out the whole gang (who she thinks is behind Lee Joong-sang’s death). Lee Joong-sang expects her to be killed because of her rage and the sheer numbers of the gang. But they are no match. This is the opening scene of the film.

Lee Joong-sang continues to live his life. Sook-hee is taken in by Korea’s intelligence agency. They have many such girls who they train to do their dirty work for them. Kwon-sook is the chief. She tells Sook-hee that she’s actually pregnant and offers her work for 10 years after which she can be free to live with her daughter. Sook-hee agrees.

She works for the agency and moves to the city with her daughter under a false name. Jung Hyun-soo, an undercover from the agency, is made to follow and keep an eye on Sook-hee. He moves in as the neighbour. He ends up falling in love with Sook-hee for real. Sook-hee likes him too and they get close. The agency has figured their next target for Sook-hee. 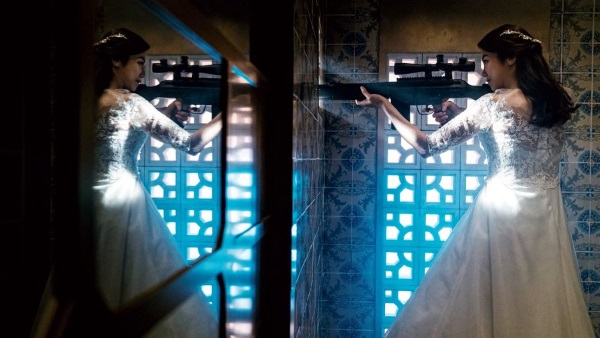 Karma brings them together again

Coincidentally, the target is Lee Joong-sang. The agency doesn’t realize the relationship that Sook-hee once had with the target. They stage a wedding between Jung Hyun-soo and Sook-hee. The wedding is a cover for the killing of Lee Joong-sang. As Sook-hee gets ready to snipe her target, she realizes who it is and is unable to kill him. She’s shocked that he’s still alive.

Lee Joong-sang backtracks the location from which the shots come and identifies Sook-hee from the wedding that was conducted (with paid guests) from the pictures. He makes contact with Sook-hee to verify that it is actually her. He tapes a conversation of the agency and sends it to Sook-hee. The conversation reveals that Jung Hyun-soo is actually an undercover agent. She turns on the agency and gives away the planned hit on Lee Joong-sang to him.

Lee Joong-sang stages a “rescue” of Sook-hee from the agency’s custody. After that, she is taken to her place. Sook-hee reaches and Lee Joong-sang’s men time the detonation. She watches Jung Hyun-soo and her daughter getting blown out of her apartment. They both die. She thinks it’s the work of the agency. She goes to confront Chief Kwon. Finally, she gets to know that Lee Joong-sang is the bad guy who’s behind her father’s death and bomb explosion. Jung Hyun-soo had found Jang Chun and got to know everything. This gets recorded on the surveillance tape. It is this tape that Chief Kwon plays Sook-hee.

Sook-hee, super pissed, takes down all of Lee Joong-sang’s men and continues to chase down and kill him too. She gets surrounded by cops and gives out a maniacal laughter. She has become … The villainess…. again… I think… Well, revenge complete, everyone’s dead. End of film. Based on this interview with the director, Byung-gil Jung, it appears quite clear that he left that ending open because he wants to make a sequel. He doesn’t say what his ideas for the sequel are but I can imagine her breaking out of prison (or being broken out) and the story continuing with new characters who are somehow connected to her past.

I am open to a remake, however, if they want me to direct that remake I think I would have to take some factors into consideration. One would be, what kind of actors would I be able to work with? And two, whether I would be able to make a sequel to this. Because the Korean version sort of ends on a note that makes the viewer wonder what’s next so if there’s an opportunity to remake not just the first installment but a sequel that follows as well then, I would possibly consider directing the remake. I have a general idea in my head, but it’s not in hard print or anything. But yes, I do have a few ideas regarding the sequel.