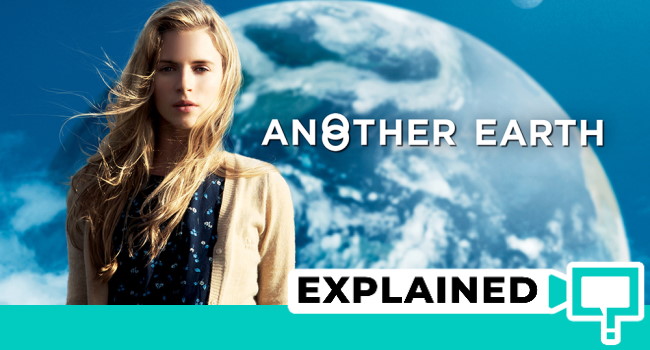 Another Earth is an interesting film where Earth is suddenly in the vicinity of another Earth. The story revolves around the lives of two people – Rhoda (played by a pretty Brit Marling) a young girl who’s received an admit to MIT and John (William Mapother, from Lost) who has been in an accident recently and has lost his family. As the second Earth approaches, their lives get intertwined. Ah screw this.. here’s the plot and ending of Another Earth explained, spoiler alert! 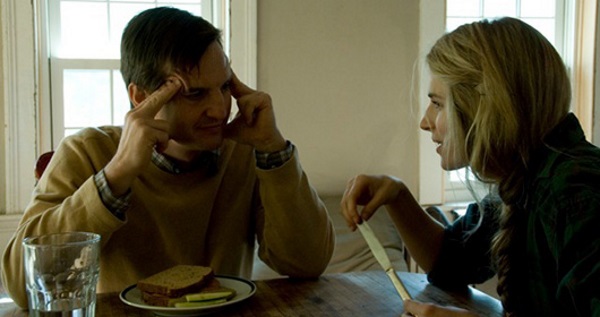 Rhoda is a young girl who has received her admit to MIT. She parties, gets drunk and she’s on her way back home, driving. She’s listening to radio and hears an announcement about the discovery of an Earth-like planet. She continues driving while trying to locate this Earth-like planet. Drunk, driving and with her eyes in the sky, she rams into into a car which is otherwise stopped at a signal at full speed. Ya, I didn’t get that MIT admit part either.

The stopped car is John’s. Rhoda ends up killing his wife and his child who are in the car and sends John into a coma. Because Rhoda is a juvenile, John is never told who his “hitter” was (as per law). Rhoda’s MIT plan is clearly ruined, she heads to jail instead. Once out, she is unable to forgive herself for being the reckless idiot she was and decides to take up a janitor’s job. In the meanwhile, the other Earth has moved a lot closer over the years. There is no explanation to what this other random look-alike planet is and why it’s showed up suddenly. Or how it’s not interfering with the gravity fields of the other planets in the solar system, even Earth for that matter. Wouldn’t the tides get massively affected by an approaching planet? Anyways, moving along.

John eventually comes out of his coma. Rhoda decides she is going to go up to him, tell him who she is and try and ask for his forgiveness. When John opens the door, Rhoda loses her nerve and fakes her identity to be a cleaner from a service called Maid in Haven. While John initially asks her to leave, he has a change of heart and allows her to clean the house. He even asks her to come back the next week as he’s happy with the service. Rhoda is nervous and says it could be someone else who might show up. A week after Rhoda shows up again as his cleaner.

By this time the other Earth is quite close and they attempt to make contact with people on it. There is a live broadcast of the director of SETI, Dr. Jones, trying to reach out to Earth 2 (as it’s being called now). What happens here is that another Dr. Jones from Earth 2 responds back and when they exchange notes, they realize that they were born on the same date and have shared a similar past. What this means is that, it’s not another Earth-like planet but it somehow seem to be a copy of Earth itself. 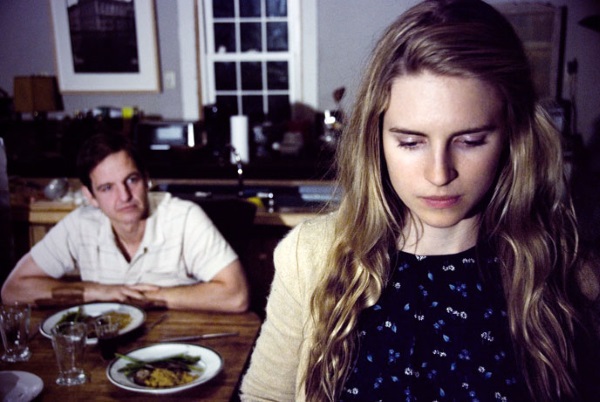 Rhoda continues to clean John’s house for a while and the two start getting close. John notices Rhoda has washed one of his wife’s sweater, which he was preserving, and loses it. He yells at Rhoda and asks her to get out. Later he meets her to apologize for his behaviour. He even hints to her that he checked with her company and they didn’t have anyone by her name on their payrolls either. He takes her out to an auditorium and plays her a “saw”. Yeah, I’ve seen this being played. If you strike a saw and bend it, you can create a tune (in case you didn’t know). The two of them get romantically involved. Rhoda also enters into an essay competition where the winner would be selected to go away to Earth-2 on a space expedition. She gets selected.

Rhoda tells John that she has won the competition. While John initially raises a toast to her winning, he tells her that she shouldn’t leave. He feels the two of them have a shot at a relationship (because this looks like a one way trip, or at least a very very long trip). Rhoda can’t handle it anymore so she tells John how she is the teenager who drove recklessly and killed his wife and child. Obviously, John flips out and asks he to get the hell out of his home and life. Meanwhile Rhoda’s parents find out the hard way, from the news, that she’ll be going away to Earth-2.

Rhoda hears a theory that from the point Earth 2 was visible in the sky, there may have been small event changes between the two planets. Perhaps the two planets (safe to assume Earths from two parallel universe) became visible to each other soon as they started following minor altered paths (altered timelines). More the paths (timelines) diverged, the more close the Earths got. Rhoda realizes that the first time Earth-2 was visible was when she got into that accident. She begins to believe that perhaps the accident didn’t happen on Earth-2 and goes over to John’s place to explain this to him. John nearly strangles her after which he calms down for a bit. She explains the theory to him and leaves her ticket to Earth-2 for him. She continues to remain a janitor as she sees John prepare to leave for Earth-2 on TV. Many months pass, around 3 to 4 months as autumn has become winter. Rhoda is returning back and she runs into herself. This is herself from the other Earth. The movie ends.

The director clearly wanted to leave the ending open. Why is Rhoda here from the other planet? Is the Rhoda in the suit the one from Earth 1 or is she from Earth 2? There are a lot of theories that go around.

Some facts about Earth

Let’s first talk about the distance between the two Earths. The reason I want to do that is to estimate the time one would take to get from Earth to Earth. Earth-2 is shown about 3 to 4 times as big (in diameter) as the moon has ever looked in our sky. Earth is about 3.5 times the size of the moon (in diameter). Bear with me for a moment here. Based on how big they show Earth-2 to appear and the size difference between the Earth and the Moon, we can say that Earth-2 is about the same distance as the moon. The time a manned journey takes to moon is around 4 days. This means the journey between Earth-1 and Earth-2 (taking into account having to cut through an atmosphere to land) is going to be less than a week. Let’s double that and make it 15 days.

Rhoda meets herself alternate self after months, not days. Let’s assume that the last scene was on Earth-1. This means that Rhoda from Earth-2 has come to Earth-1. Rhoda (from Earth-2) didn’t leave at the same time John leaves from Earth-1. This leaves the question as to why it took Rhoda so much longer to come. Given the planets have been aligned in their histories, this delay is not because of a technology issue.