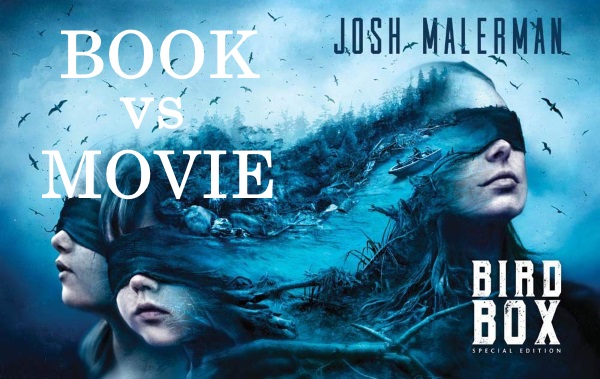 The 2018 Sandra Bullock starer, Bird Box, is based on a book by the same name by Josh Malerman. Many are looking to know what the differences between the book and the movie are. Personally, I don’t like snubbing a film if it doesn’t live up to the book. Most films don’t, it’s difficult. But it is interesting to know what the original plot looked like and how it was adapted into a movie. So here are the details to Bird Box’s book vs. the movie, spoilers ahead.

If you are looking for the explanation of the plot and ending of the film, then go here – Bird Box Explained.

Bird Box: Book vs Movie – The apocalypse is slower

The apocalypse in the book happens over a more extended period. It begins to occur gradually in pockets and finally consumes the world over a time period. The film, however, shows us news about the chaos in Russia and by midday it hits all of the USA and people begin to go crazy. It’s understandable why the movie chose this path, the story needed to be told in 90 minutes. They needed to cut to the chase, but it does cause a sudden surge of info for the viewers and leaves us little time to align with the panic. 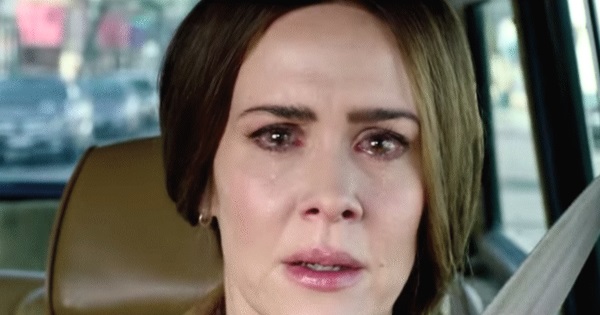 Bird Box: Book vs Movie – Malorie’s Sister and the House

Malorie and her Sister live together by themselves long enough in the book. After that, her sister ends up seeing the creature and dying. The “house”, in this time, has already been established with supplies and calls out to people to come to take refuge. Malorie makes her way to the house after her sister’s death. The sister is quick to die in the movie, and the house is just a place where people stumble upon.

In the book, Malorie is just pregnant as the wave of terror begins to sweep. With time, she approaches her due date. In the film, we see a Malorie who’s almost due. This too connects to the previous point. Her pregnancy was accelerated to adapt to the sudden wave of terror. Also, Malorie’s guy in the book becomes unreachable after her pregnancy. Which pointed more in the direction of “he got killed” rather than “he bailed on her”. The movie sees a cynical Malorie because she was abandoned by her partner. 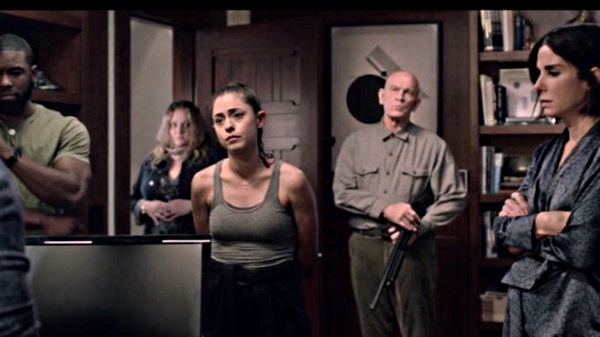 The novel has a character called Don who is cautious by nature. He does have an issue with many of the suggestions or actions of the group but its more from the angle of being careful. But in the end, Don is brainwashed by Gary and he is the one who causes the deaths of everybody in the house. Douglas’ character has been given the “asshole who knows it” treatment. In movies like this, it seems to be a common practice to throw in a character that audiences begin to dislike. That stereotyping remains in the movie Bird Box. But that said, Douglas’ character remains consistent in the film and gets killed trying to shoot Gary.

In the novel, Gary causes everyone’s death, including Tom. No one but Malorie and the babies survive. She brings up the kids all by herself in the house. There is no romantic relationship with Tom. Her being alone and afraid is what makes her name the children Boy and Girl as she believes that anything more than survival is a luxury. In the book, Tom is shown to be someone who inspires Malorie because of his survival skills. She feeds off the inspiration to survive when she’s left alone. In the film, after everyone else in the house dies, we see Malorie and Tom living together for 5 years after which he dies because of the group of psychos. In spite of her companionship, Malorie, in the film, is cynical and believes that names are a luxury.

Bird Box: Book vs Movie – Preparing for the river

In the book, soon after everyone is dead and Malorie has given birth, she is contacted by Rick. But at that point, she is with infants and is no position to leave on a boat. She spends the years ahead training the kids up until the point she believes they are ready to take that ride on the river. In the movie, Rick makes contact when the children are all grown up. Malorie doesn’t want to leave initially, she feels it might be a trap. But after Tom dies, Malorie feels it’s the only chance that they have. Though we are shown some training that she’s giving the kids, it’s not as extensive in the movie.

Bird Box: Book vs Movie – The kid’s blindfolds and their heightened senses

In the novel, the blindfolds never come off. Ever. The kids are born into darkness. They grow up without using their sight. This makes their other senses really sharp. The kids are able to “hear” the differences in Malorie’s breathing to say if she’s anxious. It is the kids who enable Malorie to make the journey. Through their sharp hearing, they become her eyes. The movie doesn’t focus much on the kids, they remain as liabilities. For a short moment towards the end, the kids help with following the sound of the birds, but that’s about it.

Bird Box: Book vs Movie – The birds’ reaction to the creatures

In the book, we are told that the birds react to anybody or anything when near them – it could be a survivor or a creature. Tom hangs the birds outside of the house as a lookout. In theory, throughout the stay in the house, the birds are doing okay. However, they are not immune to the creatures. They do go insane and kill each other and die towards the end. Also, when they are close to the destination, there is a sequence where hundreds of birds go insane and kill themselves creating a rain of dead birds. The movie shows that the birds react only to the proximity of the monsters (or the psychos) but don’t go crazy themselves. The birds are kept protected inside the house and don’t play much of a part in human survival. However, they are shown to be a symbol of hope and make it alive to the end. Only at the safe haven, in the end, we see that the birds provide a warning when the creatures are close.

Bird Box: Book vs Movie – Animal’s reaction to the creatures

The novel has dogs in it, and they too are shown to go crazy. But it is not made explicit if they are equally sensitive as humans. For example, when a human family is found dead, their dog is alive and sane. This could be because the dogs have a better immunity or this particular dog got lucky and didn’t look at the creatures. The book also has a dog going crazy. The movie doesn’t talk about animals or their reaction to the monsters at all. In fact, we aren’t shown any animals in the entire film Bird Box. We’re left to make our own assumptions in the film.

The book only theorizes the fact that people who are insane might not end up killing themselves. And Gary comes around and proves that theory. We don’t have squads of crazy people running around and claiming “cleansing”, unlike the film which tells us that there is an exclusive set of people who are happy to see the creatures and want everybody to see them too.

The book does not have a rapids section in the river. It’s just a long, tedious journey that they take after years of preparing for it. There is a point in the river where it splits into 4 parts. Malorie takes off her blindfold to choose the right direction. The movie has Malorie and the kids going through rapids. They end up doing this with their blindfolds on and end up tumbling into the waters and making it over to the other side.

When Malorie makes it to the safe haven, she learns that the place is where there were initially blind people. But she also discovers that many of the residents there have intentionally blinded themselves and their children to survive. Malorie thinks that she and her children are going to be made blind by force, but then Rick confirms that people have a choice. The movie talks about no such thing. The place has both blind people and the ones with vision who somehow made it there.