Bullet Train is a 2022 action comedy (dark) directed by David Leitch. The film follows a contractor sent to steal a case of money from a bullet train, and chaos ensues. The film has a giant cast with Brad Pitt in the lead and a ton of familiar faces, including Joey King, Hiroyuki Sanada and the fabulous Michael Shannon. There are plenty of cameos too! Do give this crazy film a watch, but be prepared for violence. The storytelling is very non-linear, and I got plenty of requests to write this one, so here’s the plot and ending of Bullet Train explained – every question answered; spoilers ahead.

To find where to stream any movie or series based on your country, use This Is Barry’s Where To Watch.

Oh, and if this article doesn’t answer all of your questions, drop me a comment or an FB chat message, and I’ll get you the answer. You can find other film explanations using the search option on top of the site.

Minegishi was the ruthless leader of the Japanese underworld, a man who believed in tradition and loyalty. He and his empire were destroyed by the White Death.

Bullet Train: Who is the White Death?

The White Death is an exiled Russian mafia who climbed the ranks of Minegishi’s empire to become his most trusted advisor. Eventually, the White Death wipes the name Minegishi off the face of the earth.

Those faithful to Minegishi tried to warn him that trusting the nameless Russian was a bad idea, but he didn’t heed their warnings.

Who is The Elder?

The Elder is one of the men who were loyal to Minegishi. He escaped alive when the White Death massacred Minigishi and his empire.

Who is Kimura? What happened to his son?

Kimura is The Elder’s son. The movie’s beginning tells us that Kimura’s son (The Elder’s grandson) was pushed off a building and admitted to a hospital.

Who is Prince? What does she want?

Prince is the White Death’s daughter, and she wants to kill her father because he ignored her and gave all his attention to her brother as they grew up – family squabble.

What does the White Death want?

To understand this, we first need to know …

What happened to the White Death’s wife?

The White Death had to go to Bolivia to take care of a situation where his men were butchered by two independent contractors, Lemon (as in the fruit) and Tangerine. His son gets arrested and calls for bail. Since the White Death was not around, his wife goes to bail their son, and she’s hit by Carver, is injured in a car accident and is taken to the hospital in a critical state.

A piece of her rib pierces her heart, and only the most skilled cardiovascular surgeon could save her life. But two nights before, he is killed by an assassin named The Hornet (random coincidence) who poisons him with the boom slang snake’s venom.

Bullet Train: Who was Carver? What happened to Carver?

Carver was out to kill the White Death, but mistakenly kills his wife. The White Death wants revenge and anonymously gets Carver to steal the case on the bullet train. But Carver has a stomach thing and doesn’t take the job and never enters the train. He is alive and well elsewhere.

The White Death blames the following people for his wife’s death:

Lemon and Tangerine: For their massacre in Bolivia, because of which the White Death had to leave town.
His Son: For being a useless scum and dragging his mother out to bail him.
Carver: For murdering his wife (heading to bail her son) believing it was the White Death in that car.
The Hornet: For killing the only capable doctor days before the accident.

So he gets them all into the same train hoping they will kill each other and he will eliminate the rest at Kyoto. He also ensures the train goes empty in the last leg of the journey so he can personally take out the survivors.

Why is Ladybug on the bullet train?

The White Death wanted Carver on the train to avenge his wife’s death. But he was out sick, and Ladybug happened to fill in and steal the briefcase with money from the bullet train. The job of stealing the case was only a ploy to get Carver on the train.

What is Prince’s plan? Why did she push the boy?

Prince operates independently, and the White Death knows nothing about her side plans. Prince pushes the boy and drops a note to Kimura, telling him to be on the train. Stating she has an assassin by his son’s bedside, Prince blackmails Kimura to use a rigged gun to attempt to kill the White Death.

This plan is so hilarious that it reminds me of Yzma’s scheme in The Emperor’s New Groove. 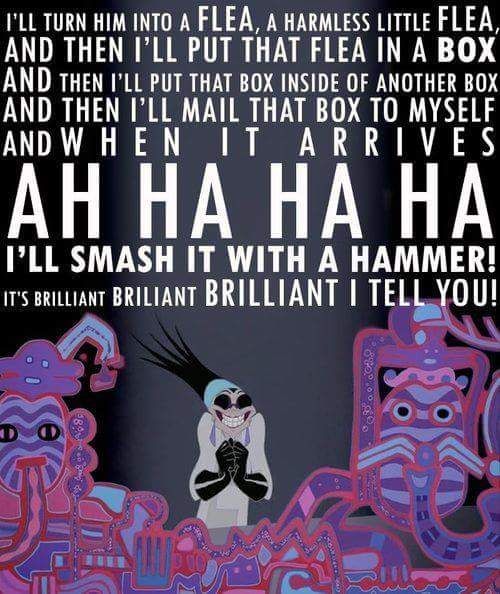 What is in the case?

The case has money that Lemon and Tangerine have been instructed to deliver, with the son, to the White Death.

Who is the chap sleeping? Why are Tangerine and Lemon on the train?

Why is the Hornet on the bullet train?

The White Death has anonymously hired the Hornet to kill his useless son and steal the briefcase with money. The White Death wants to kill the Hornet because she killed the surgeon leaving the wife with no chance of survival.

Why was the Wolf on the train? Why did Wolf attack Ladybug?

Wolf mistakenly believes that Ladybug was the one who poisoned everyone at his wedding party. He enters the bullet train to kill Ladybug.

Wolf’s entire family was poisoned and killed by the Hornet. At the time, Ladybug was infiltrating the party as a waiter. He accidentally spills Wolf’s wine causing him to be the only survivor of the wedding party.

Why was Ladybug at the wedding in the first place?

The movie doesn’t clarify what Ladybug was doing at the wedding, but he was not there to kill Wolf or his family. He was caught by surprise when the guests had a Red Wedding.

Why was the Elder on the train?

The Elder tracks his son’s phone to the bullet train, and he enters to join him in killing the person responsible for his grandson’s comatose.

What happened to the conductor?

The conductor was perhaps made to leave the train just like the rest of the passengers. The only difference is that the White Death bought out all the tickets to Kyoto, while the poor conductor might have been taken off the train by force.

What happened to Channing Tatum?

Like all the other passengers, Channing’s character left the train at the stop before Kyoto since all the seats were booked out by the White Death. So if you’re wondering, he didn’t die.

This leaves us with Prince and her father, the White Death.

What happened to Lemon? Did Lemon die?

Lemon is saved by his bulletproof vest the first time when Prince shoots him. It also appears that he survived the fall into the lake from the bullet train. In the final scene, he avenges his twin by killing Prince with a tangerine truck.