French director Olivier Assayas brings us Clouds of Sils Maria. The film stars Juliette Binoche and Kristen Stewart in the leading roles. The film is about an aging actress who was once propelled to fame in her career because of her role in a play where she plays the young love interest of an older woman. Twenty years later, she’s offered to being cast in the role of the older woman. The film is great and everything but leaves the audience with a few unanswered questions. So in this article, I will not go through the plot scene wise as the overall story is pretty straightforward. Here’s the film Clouds of Sils Maria explained, spoilers ahead.

Most people have asked me pretty much only one question about this film. Where the heck did Valentine disappear to all of a sudden? Well, to understand that we need to go over a few quick points. You can skip to the end if you want.

The original play which stared Maria (Juliette) was directed by Wilhelm Melchior. The name of the play was Maloja Snake. Maria played the role of a young girl by the name of Sigrid, who was a personal assistant to Helena, a vulnerable old woman. Sigrid uses Helena to get what she needs and takes up a job in a different country and leaves Helena. Post this, Helena heads out to the mountains and never returns. At that time, an actress by the name Susan Rosenberg had played Helena. A year after the release of the play, Susan died in a car accident.

The film begins over 20 years after the success of Maloja Snake. Maria is now an aging actress. Wilhelm Melchior passes away and another director, Klaus Diesterweg, wants to redirect the same play. But this time around, Klauswants Maria to portray the role of Helena. Maria has a bunch of reasons to not take up the part. She’s going through a divorce, and she feels vulnerable. Maria’s afraid of getting under the skin of Helena’s character. She also holds a superstitious belief that Susan’s death was a result of playing the role of Helena.

Valentine (Kristen) is the personal assistant to Maria. Val loves films and plays and observes how actors give life to their characters quite keenly. We are not told how long Val has been a personal assistant to Maria, but we are told why Val decided to become Maria’s assistant. Val sees her value as a person who can bring her perspective of stories and the characters and not just as someone who helps Maria with general mundane stuff and line reading.

Over the years, everyone has developed their own perspective of Maloja Snake, Sigrid and Helena.

Maria related to Sigrid and was quickly able to get under the skin of the character. She has always perceived Helena as weak and despises the character. After all the years, she still sees herself as Sigrid – “For me, it was more than a role. In some way, I am still Sigrid”.

The young director, Klaus, sees Helena and Sigrid as the same person. “Despite her bourgeois life, despite her responsibilities, she’s not the epitome of order and not at all the opposite of Sigrid. Sigrid revives this hidden violence in Helena”. Klaus feels that Helena is merely an older version of Sigrid.

Henryk Wald, an old co-star of Maria feels this – “An older woman falls in love with a scheming girl that has her wrapped around her little finger. The girl takes advantage of her, squeezes everything she can out of her, then dumps her. Helena’s love for Sigrid makes her stupid and blind to what everybody in the audience can see right away. But then, that’s really all she’s ever wanted. She’s fascinated by her own downfall”.

Valentine sees Helena’s humanity come through. She feels that Helena is able to talk about her own pain. In fact, Val likes Helena’s character a lot, and hence she persuades Maria to take up the play. Val also admires the acting of Jo-Ann Ellis (Chloë Grace Moretz). In spite of being in a superhero movie, Val can see the value Jo-Ann is able to bring to the character. 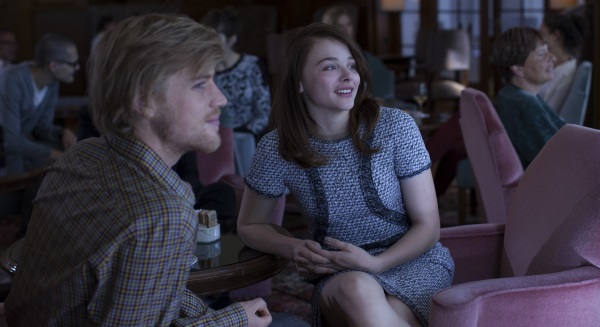 Now, Val and Maria share a great relationship. Val is very efficient and works well with Maria. As friendly as the two appear, we need to remember that Val is employed by Maria. Over time Maria has been displaying a sense of disdain towards Val. Maria is a successful actor and understands much more about the complexities of playing a character. Val’s inputs are typically squashed and even ridiculed by Maria. She doesn’t intend to hurt Val, but Maria is like that, she pretty much disagrees with everyone else’s viewpoint because only she has played Sigrid.

You can see Val beginning to grow tired of the treatment she’s getting from Maria. Val doesn’t hate Maria, but she finds that her being around is pointless. She doesn’t want only to be someone who reads lines. Val wants to add value. Maria explains to Val that she’s not being rude to her, it’s just that she understands more about characters because she plays them.

Val finally confronts Maria saying “You have your interpretation of the play. I think mine’s just confusing you. It’s frustrating me. It’s uncomfortable. It’s not good”. Val wants to leave. Maria says “Stay. Please, stay. I need you”. Val is stuck in a job which doesn’t allow her to contribute.

On the morning of their trek to see the clouds of Sils Maria, they have the following conversation.

MARIA: I spent all night thinking about Helena’s death.
VAL: Her death? She doesn’t necessarily die. She just… She disappears.
MARIA: That’s your interpretation.
VAL: Well, it’s… it’s pretty ambiguous.
MARIA: She goes out for a hike and never comes back. Seems clear enough to me.
VAL: You don’t know that. She could reinvent herself somewhere else. There’s really no way of knowing.
MARIA: Yeah, you can imagine whatever you want.

Maria says that last line with a very condescending tone. They further go on to have a conversation about being lost. Val says that she has a map and they are very much on the path; Maria doesn’t really agree.

Val finally says “I don’t know why you’re so dead set on making this play say the opposite of what it was meant to say. At 20, you saw Sigrid’s ambition and you saw her violence because you felt it in yourself. That’s what I’m saying. The text is like an object. It’s going to change perspective based on where you’re standing”. Maria says “I don’t know” and ignores Val and continues going ahead. Val leaves.

By now, Val has had it. And, perhaps, it’s her way to prove the point that going into the mountains and not coming back doesn’t mean dying, Val decides to “disappear” in the mountains. Maria turns around to find Val missing. It becomes clear to her that Val left because there was nothing that remained in that job. If Val tried to talk her way into a resignation, Maria would get her to stay on. Val finds that the only choice she has is to end this abruptly. Although, Val needn’t have abandoned an old lady in the mountains to prove her point, but she does anyway. Val ain’t the greatest either. 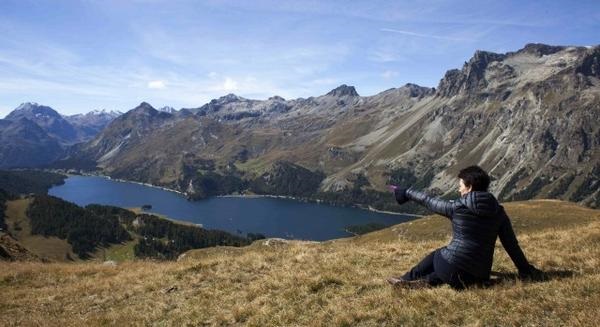 Maria also goes on to realize that Helena and Sigrid are interpretations of each person and not an absolute truth. When Maria suggests to Jo-Ann that Sigrid should give a moment’s pause so that Helena’s distress would last longer, Jo-Ann simply says that the audience wants what comes next. And that no one at that moment, cares about Helena. Maria realizes that her personification of Sigrid is not the only way it can be done, characters are indeed driven by perspective. Later, when a young director meets with Maria, she actually suggests that Jo-Ann would be more suitable than herself for the role. A point to note here is that Maria is still unconvinced about other genres of films like Science Fiction. She still holds a strong opinion that movies like those are not meant for her. She finds them a little childish and prefers that it is kept to the “younger” and more “modern” folks in the industry. She finds the concepts too abstract. Which is but natural. Just because her worthy assistant left her for a reason, Maria wouldn’t just change into another person overnight. The film ends with Maria all set to play her part as Helena.

There was also the matter of Val throwing up, what was that about you ask?

Val goes to meet with the photographer Berndt (wearing sexy lingerie), on her way back she looks pretty wasted. I’d imagine a drunken night which was not too favourable for Val. She later mentions to Maria when asked: “Yeah, well, you know, um, f**k Berndt.” Looks like she had a rough night and Val’s doing these hilly roads, I guess she gets sick and throws up. If anyone has a more insightful angle here (that is more than a hangover), please do drop a comment.