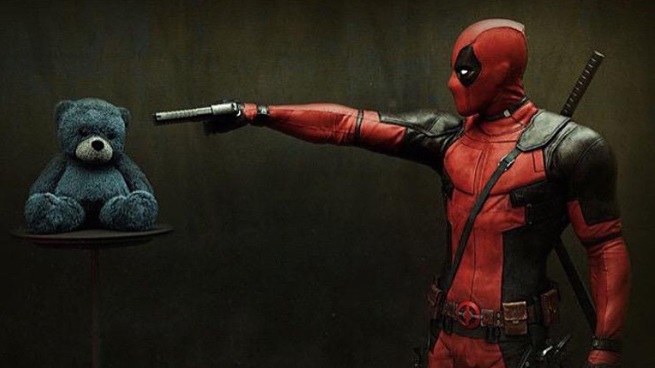 Deadpool is funny! Now that would be an understatement. Deadpool combines elements of a witty script, good acting, neat action sequences and an awesome extraction of a comic book character. Deadpool movie vs comic book comparison is pretty damn close.

What made the film so anticipated?

Brilliant marketing. They went up against Valentine’s Day which usually turns out to be a mush fest at the cinemas. They nicely picked that date to release a film with blood and violence. So automatically the movie had a standout element. This coupled with the trailers on “how to trick your girlfriend into watching Deadpool on Valentine’s day” added a lot more humour to the whole release. Non comic book readers became aware of this new character and could go read up on him.

The advertisement and promotional material around the film were fantastic too. The short films with “awareness” material had nothing to do with the movie but steadily built the character of Deadpool. It’s not the first time this has been done. The minions from Despicable Me 2 were used to create amazing short films leading up to the movie. But the success of the film finally lies with the movie alone and Deadpool delivered.

Things that the film team got right

Deadpool is an assassin and they called the movie in with an adult rating. For once entering a theatre to watch a Marvel film doesn’t feel like you’ve joined a primary school having a parent-teacher meeting.

Yes, Wolverine kills too. But there is much more darkness and death around him in the comic books. You’d be surprised with the amount of blood you can see in Spider Man comics as well. But the movies are always toned down and try to accommodate audiences of all ages. Deadpool is a psychotic killer and this is his origin story.

Deadpool is usually aware that he is in a comic book story and is often talking to the reader. The movie is no different. Pool’s got many lines to the audience and puts a smile on your face.

Doesn’t matter if the scenes have blood and gore or not, the humour doesn’t stop. They make fun of themselves, other films, other superheroes, the plot situations… it’s non-stop.

This one sets the mood of the film before it even starts. Most creative!

Ryan Reynolds has redeemed himself with Deadpool after the terrible attempt as a DC superhero – The Green Lantern. Yes he is now absolved of his sins of being part of a movie that almost removed any chances of his doing another action flick. In fact a funny moment in the film involves him saying – “If you make me a superhero, please don’t make my costume green, please don’t make it animated”. It’s not just him. The entire cast is quite awesome with X-Men Colossus and the Negasonic Teenage Warhead (yeah, that’s her name). Ever wondered why Daenerys Targaryen’s boy toy changed from season 4 to 5? Apparently Ed Skrein prefered playing the role of the villain Ajax in Deadpool better. Angel Dust is played by Gina Carano (from Fast and Furious). Oh and watch out for Karan Soni who plays the cab driver. 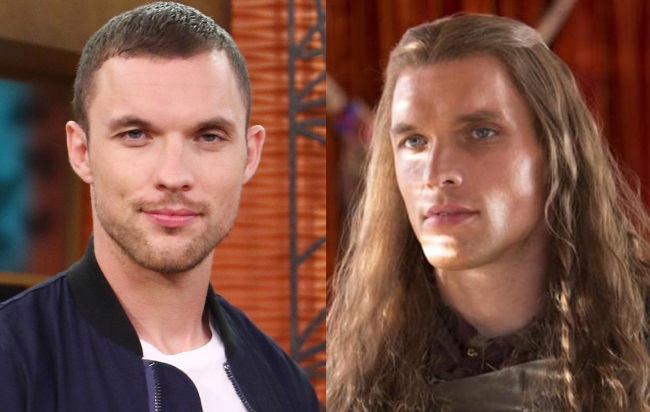 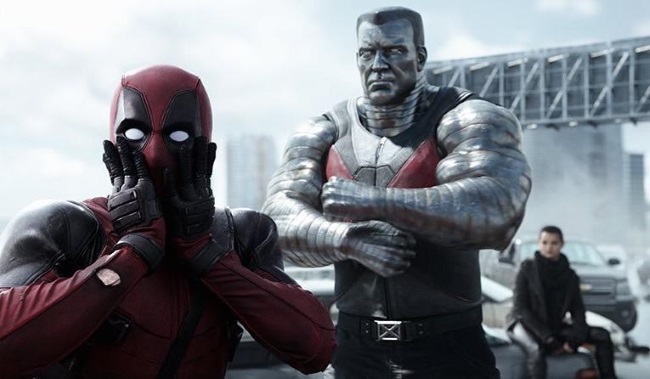 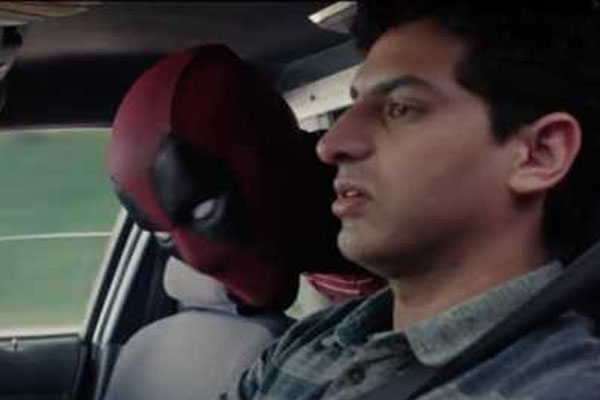 Things that could have been better

While they somehow managed to bridge that terrible open gap the film Wolverine created with the Deadpool character, Deadpool’s plot is quite straightforward. The Weapon X project is never referred to. Ajax (Ed) is a super powered mutant who has destroyed nerve endings and is Deadpool arch enemy (straight out of the comic). But there is a lot more to why Wade Wilson becomes Deadpool. Wolverine is mentioned many times in the film and in many witty ways but there is no connection established there. Perhaps the movie franchise doesn’t involve rights to the original X-Men. Again, Deadpool has a wise crack about why the other X-Men are not in the film. Other than this, much of the plot remains the same from the comic book. Vanessa (Morena Baccarin from Homeland) plays Wade’s love interest and thankfully they don’t make the movie all about the relationship and the sentiments around it (unlike the awesome Valentine’s Day fake trailer ). They don’t show her to be a mutant in this film.

Deadpool is Marvel film that has finally decided to free itself from being a “family entertainer” produced in 3D just for the extra buck. It’s raw, it’s funny, it’s true to the comic book… go watch it now. The crappy part is that Indian screens are labeling the film as Adult rated and still snipping out words and head shots. Some things change, some things never change. Sigh!