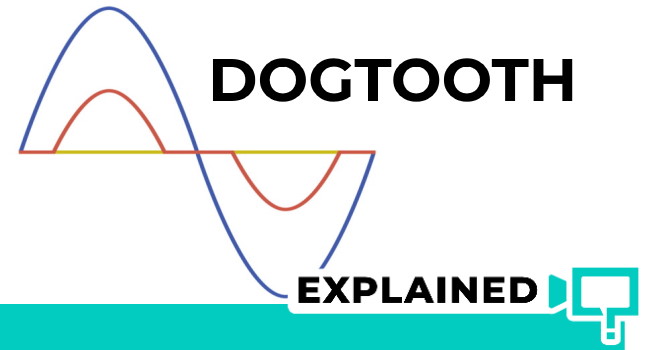 Dogtooth is a 2009 Greek Drama directed by Yorgos Lanthimos. The bizarre plot is centered on a family that keeps their adult children purposefully ignorant about the world outside their home. Like in his other movies, like The Lobster and The Killing Of A Sacred Deer, this movie also has a world with its own surreal rules. The Dogtooth cast includes Christos Stergioglou, Michelle Valley, Angeliki Papoulia, Mary Tsoni, Christos Passalis, and Anna Kalaitzidou. This is not a film for everyone, but if you have watched it and are looking to understand the movie, here’s the plot analysis and explanation of the ending of the film Dogtooth, spoilers ahead.

You can rent or buy Dogtooth by clicking below:

What is the Dogtooth movie about, according to the director?

As the director, Yorgos Lanthimos, states in his interview on the DVD extras, he initially thought of doing the movie Dogtooth as a science fiction film; in a world where something has happened – where kids acquire bad influences and personalities as though it were an epidemic. We’re not shown what actually transpired, but we follow this one family that is trying their best to hold on to their values desperately and absurdly.

Dogtooth: What does the poster mean?

As explained here, the graphs in the Dogtooth poster indicate the children’s distortion of their views of the world. Each of the lines represents one of the children. I would go a step further to state that the boy is the yellow line as the fluctuations he experiences are the least. The elder sister is the blue line who experiences the most turbulence. The younger sister is somewhere in the middle, and she is the red line.

Dogtooth: What are the absurd lies or fabrications?

The three children in the household are kept quarantined and know only the boundaries of their own home. Both parents have meticulously obfuscated their knowledge of the world and the language to have complete control over them. Think of it as how the world of The Matrix blinds you from the truth to keep you in check. The three young adults in the house are kept bound within the fabricated world created by the parents. Here are the various absurd concepts the children have been presented with. 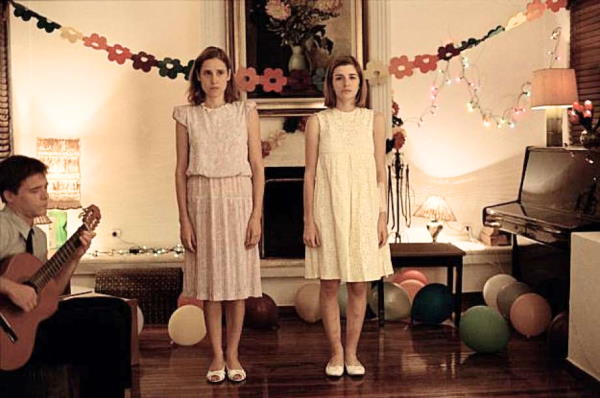 Dogtooth: What are the things taught correctly?

However, not everything they teach the children is contorted. A part of the information they learn is the truth. For instance:

The Dogtooth plot is basically the journey of elder daughter’s awakening and her seeing past all the obscurity and seeking the truth. Just like Neo in The Matrix, she feels there is something wrong with her world. An analogy to the situation is the training of the dog. The father’s dog has been sent to receive training to become perfectly obedient. Funnily, even the dog seems to be a rebel.

Everything in the household is gamified to encourage the spirit of competition. Periodically, the scores are tallied, and a winner is announced. The reward is most unappealing for us as audiences, but to the children, it means everything. Some of the games are:

The whole idea is that the children have to earn everything, nothing is just handed to them. One time when the elder one claims ownership to a plane, he mother slaps her saying only the worthy one would get it.

Who is the security guard, Christina?

Later, the elder sister offers the younger sister the band in exchange for licking her shoulder. This scene shows the elder learning the art of negotiation to make a sell. But this, in turn, becomes an experimental matter for the younger as she later licks the elder girl even if she has nothing to offer. What we are seeing is how one event created by the outsider can disrupt the delicate internal equilibrium.

The elder later fights her brother for her toy plane. When she gets it, she throws it outside the fence. If she can’t have it, neither can her brother. Her anger doesn’t subside there, she cuts her brother with a kitchen knife pretty severely. She’s a rebel.

What does the elder sister take from Christina in Dogtooth?

The elder girl becomes smart enough to up her negotiation skills by blackmailing Christina to hand her two videotapes in exchange for the sexual favour. The tapes are two films, Rocky and Jaws. This is the most critical moment in the girl’s life. A pair of films, works of fiction, ironically, is going to help her discover reality. Upon watching the movies, the elder sister begins mimicking the scenes from the films in private. She later attacks her brother in the pool as though she were a shark. Soon enough, the father finds out about the videotapes and beats the crap out of the elder girl with the tape. I really would want to know how this scene was shot, that felt so real and so painful. 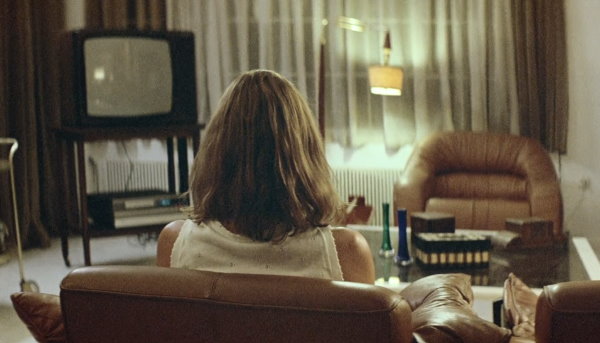 The damage is done. The elder daughter has started to see past the twisted reality. She is beginning to believe. She wants to have a name, she takes on the name Bruce and practices reacting when called. In a fit of anger, the father heads over to Christina and beats her up with her VCR. Ouch. Later, in an evening of celebration, the elder girl breaks away from their usual routine of dance into what she happens to have seen from movies like Footlose and Flashdance.

Incest is the only option!

The parents decide that the risk of an outsider is far too much. They allow the boy to pick one of the two girls for his sexual needs. Yikes! He selects the elder one, and after they have had sex, she whips out a dialogue at him.

Do that again, bitch, and I’ll rip your guts out. I swear on my daughter’s life that you and your clan won’t last long in this neighborhood.

What is this? Well, it’s not a direct film dialogue, but the elder girl has now used her own creativity to construct a film-like dialogue to threaten her brother to never repeat the act. Obviously, he’s spooked, because he has never heard anything like his before.

“Telephone” is not “Salt”

From the movies, the elder sister gets an idea that telephone could actually mean something else. She’s seen the films referring to a telephone as a communication device. She sneaks into her parents’ room to find a hidden phone. This is the final straw; it is substantial evidence that much of her life has been a lie. She can’t live on in the house knowing this. She needs her red pill.

The ending of Dogtooth shows the elder daughter bust her own dogtooth out. She’s overjoyed and goes and hides inside the trunk of the car. While she knows much of her life is a lie, she doesn’t know which parts are. So she sticks with the rules. Her dogtooth is out so she can leave, but she can only do so in the car. While she now defies her parents, she’s not sure which rules are untrue, which can be bent and which can be broken. The father steps out searching for the elder one while the other children bark, thinking that they are protecting the father. 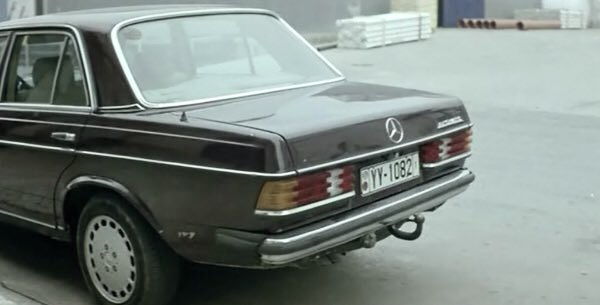 Dogtooth: What the meaning of the ending?

The final scene of the movie has the father leaving for town in his car, and the remaining two siblings kiss in bed. At his workplace, we’re shown a frame of the car’s trunk before the film ends. To protect the integrity and values of a family, a construct was fabricated and pushed onto the kids. As parents, all their efforts went into holding together their vast tower of deceptions to ensure they had control at all times. There was no room for love and trust, the things that actually hold a family together. The kids lived in an unstable equilibrium all the time. The tiniest of nudges was enough to bring the tower crashing down. Perhaps the remaining two siblings will continue on at home as the elder enters the real world. But the ending of Dogtooth tells us that the set-up is fundamentally flawed can could never stand the test of time.