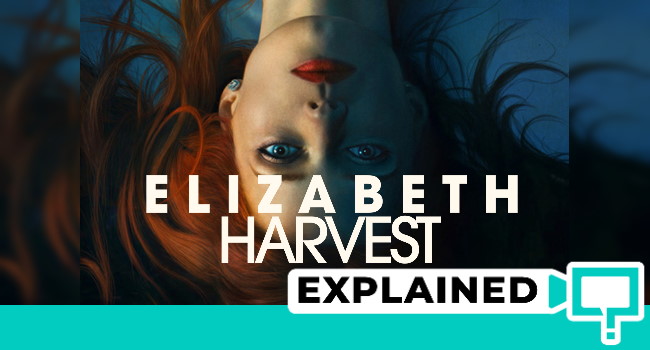 Elizabeth Harvest is written and directed by Sebastian Gutierrez. The film is centered on a beautiful woman who’s married a brilliant man and moves into his private home. She’s told not to enter one particular room, but she does, and the story unfolds from thereon. The Elizabeth Harvest cast primarily includes Abbey Lee, Carla Gugino (from Gerald’s Game), Ciarán Hinds, and Matthew Beard. So without further ado, here’s the plot and ending of Elizabeth Harvest explained.

The film has the story told in a non-linear format which is excellent, but for the sake of simplicity, I’ll narrate it linearly. I’ll also count the clones as I progress.

Henry is a retired billionaire, thanks to his medical work in somatic cell research. He was once married to a beautiful, young woman named Elizabeth who died two years after because of a neurodegenerative condition. Sick with grief, Henry cloned her cells and harvested six copies. At birth, two of the cloned subjects displayed the mutation.

Henry had a concern that Elizabeth’s clone might yearn for a younger man. So he created a clone of himself and called him Oliver. The rest of the world thought Oliver was Henry’s son. Oliver was sent to boarding school.

The first clone, Elizabeth-1, presumably died from the medical condition. On one of his summer holidays, Oliver met a young Elizabeth-2 and fell in love. Unable to stand what Henry was doing with the clones, he confronted him. That night, Henry blinded Oliver in his sleep and blamed it on an electrical fire. 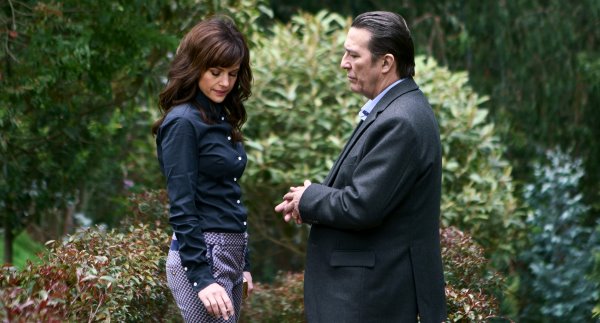 Eventually, Elizabeth-2 died too because of her condition. To buy time, Henry put the other clones in suspended animation. Years later, he identified another doctor, Claire, and recruited her based on her work in neurodegeneration.

Claire worked on Elizabeth-3, and in two years, she cracked the code to the degeneration. Elizabeth-3 emerged from her tank physiologically healthy but struggled to remember anything for more than a few seconds. Abysses of amnesia continually opened beneath her, and she was unable to maintain a genuine inner world.

Days later, Elizabeth-3 discovered the Elizabeth Harvest Room and ran out of the house. Detective Logan found her and brought her back. Claire lied to the detective, saying Elizabeth-3 was her niece. A week after that, Elizabeth-3 died. While Henry claimed that she suffocated on her own, Claire has strong reasons to believe that Henry killed Elizabeth-3. Claire doesn’t question Henry about it because she realized that the neurodegeneration in Elizabeth-3 had returned and that she had failed. 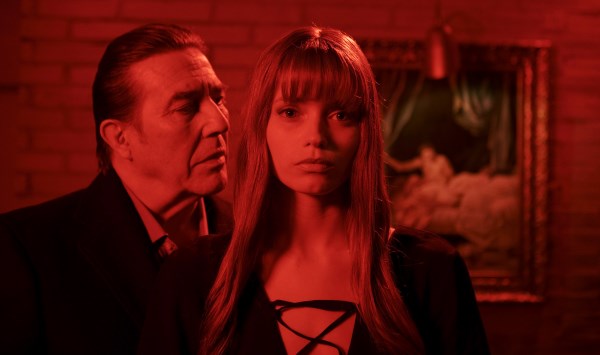 Elizabeth Harvest: Why has Henry created the Elizabeth clones?

Claire initiated an affair with Henry but soon realized that his obsession for his dead wife would always stand in the way of any meaningful relationship. Henry explained that his goal was to experience

that euphoria of his marriage night again, the force of joy that Elizabeth was. Claire is disgusted but is unable to leave because she wants to accomplish what she set out to do – reverse the neurodegeneration; eventually, she succeeds. Claire also figures out that Oliver is not Henry’s son but a clone.

Elizabeth-4 is taken out of her tank. This is where the film begins. Henry brings her home after implanting memories of her just being married. Claire and Oliver pose as servants in the house. By now, Henry has turned to the dark side, he plants a little trap for poor Elizabeth-4 as a reason to kill her.

Henry gives Elizabeth-4 a tour of the house, and when they pass the Harvest Room, he tells her that she’s forbidden from that room. However, he leaves this room accessible to her. He wants her to open it, he wants to kill her. When left alone, Elizabeth-4 takes the bait and enters the room. She opes one of the tanks to see her clone and flips out. She tries to call 911, but the phone lines are dead. Next morning, she attempts to hide her fear, but Henry already knows that Elizabeth-4 has disobeyed him. At night he pulls out a rather large machete and kills Elizabeth-4. 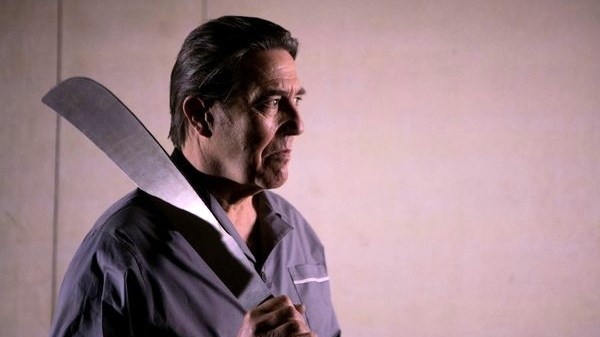 Hearing the howl of a dying woman, Claire comes down to see a bloodied Henry. He tells Claire that he has changed the contract to transfer all that he owns to her. He explains that while his initial quest was to bring his love back, she now brings him joy out of the reach of man’s law. Henry feels that the clones are not his Elizabeth, and it was only through the act of destroying them that they finally feel real to him. Claire is devastated and urges him to stop.

I dreamt, I would meet a brilliant man. I would steal his breath away and he, in turn, would steal me away from everything ugly into a secret world of our own.

This is a memory implanted in the clones by Claire, that’s why this narration happens in Claire’s voice. 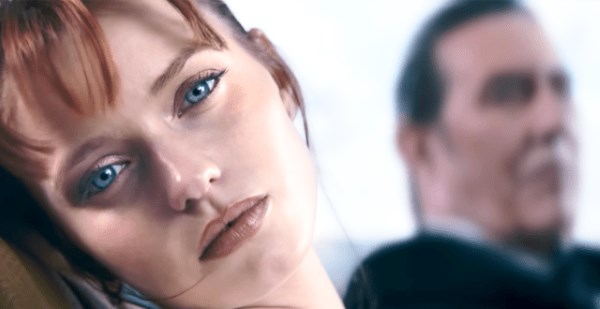 Next day, they bury Elizabeth-4. Oliver has grown fond of Claire, but she keeps her distance knowing he’s a clone. Elizabeth-5 is taken out of the tank, and they repeat the exact same thing with her. She’s brought in as a young bride and is told by Henry to not enter the forbidden room. That night, Claire tries to warn Elizabeth-5 but is unsuccessful. Elizabeth-5 also gets curious and opens the harvest tank to unveil another clone.

Elizabeth Harvest: What is in the room?

We’re shown a scene where Elizabeth-6 wakes up, takes out her tube, and exits the tank on her own. After that, she walks around with a sense of knowledge in the house. Finally, she reaches Elizabeth-5’s room and pulls the sheets out. She even tries to take out Elizabeth-5’s clothes. This scene doesn’t make much sense to me as later on in the film Elizabeth-6 is a flying mess. Elizabeth-6’s confidence and poise could only mean this was a dream sequence playing out in Elizabeth-5’s head. If any of y’all has a fitting theory, please do drop a comment below.

The next morning, Henry tries to strangle Elizabeth-5, but she runs for it. We can see that now he’s beginning to enjoy his kills. Henry knocks out Elizabeth-5 but not before she jabs a knife into his back, killing him. Elizabeth-5 gains consciousness but is trapped in the house. She cleans up the body and blood and tries to call 911. Claire has a heart attack and is admitted to a hospital.

Oliver confronts Elizabeth-5 asking for Henry’s body. Together they burn it. Oliver reveals to her that she’s clone number 5. Detective Logan shows up at the house responding to 911 call. Elizabeth-5 lies saying the call was made by Claire. Oliver shoots the detective, and they burn his body too.

Henry wants to know the truth about himself and locks up Elizabeth-5 asking her to read Claire’s journal. She reads half of it but makes a run for it when Oliver brings her supper. Unable to leave the house she locates Oliver who’s working on Elizabeth-6’s body (a regular procedure to keep the muscles from atrophying). Elizabeth-5 gets distracted by seeing herself, and Oliver injects her with a sedative. Finding herself chained in a room, Elizabeth-5 continues reading the journal.

Elizabeth-6 is taken out of her tank

In the following 2 days, Oliver extracts Elizabeth-6 and feeds her information/memories that he is Henry and that the air outside has become unbreathable. In the process, he presumably was attacked by Elizabeth-6 causing his hands to bleed. Oliver returns to find out what is in the journal. Elizabeth-5 tells him that Claire believes him to be Henry’s clone.

As a bleeding Elizabeth-5 tries to exit the house, she’s shot down by Elizabeth-6. After all, Elizabeth-6 just killed the love of her life, thanks to Elizabeth-5. Before dying, Elizabeth-5 tells Elizabeth-6 to read Claire’s journal. On reading, Elizabeth-6 realizes the entire truth and packs to leave. On her way out, she meets Claire, who’s back from the hospital (at this point, Claire has no clue that everyone in the house is dead). She wishes Claire all the best and leaves.

As Elizabeth-6 walks away from the mansion, we hear the narrative about her dream again, but this time it ends with “but I’m awake now”. Elizabeth-6, the last of the clones, free of the neurodegenerative disorder, is all set begin her new life. The voice in her head is Claire’s because, in a sense, Claire is the one who gave her life. 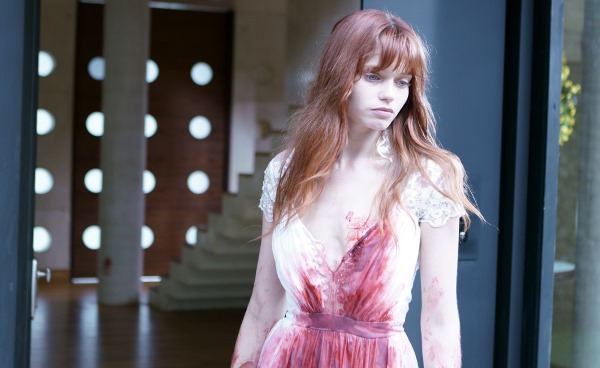