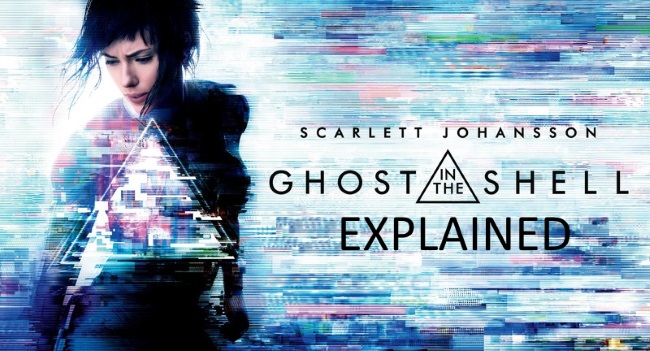 Rupert Sanders brings us the live-action version of the famous manga/anime – Ghost In The Shell. It features Scarlett Johansson in the lead role. The film was not well received by regular viewers or the fans because it was more of an origin story and struggles to bring the anime to life. Rupert’s earlier film was Snow White and the Huntsmen which also was unable to hold the audience’s attention. But we aren’t here to review the film. Here’s the Hollywood film Ghost In The Shell explained, spoiler Alert.

The location of the events of the movie is not made clear. We can assume it is somewhere in America. The story is set in a future time where most humans have cybernetic augmentation for enhancing their speed, vision, strength, etc. The leading company that does this augmentation is Hanka Robotics. However, Hanka Robotics is an evil firm. Here’s why. They scout around for runaways and capture them. They use them for experimentation. When experiments fail, they kill them and discard them. The CEO, Cutter, is the main villain.

Motoko and Hideo are two such runaways that are captured. They are two Japanese kids. Hanka Robotics is trying to build a cybernetic body and integrate a human brain into it. The project is called 2571. Dr. Ouelet is the one working on the subjects. There are 98 test subjects that are used in this experiment. 98 of them fail. One such failed experiment is Hideo. His brain is integrated into a mechanical body. He turns out to be aggressive. Before they can wipe his memory completely, Hideo escapes. He dawns the name of Kuze (Michael Carmen Pitt). Motoko is the 99th subject and her brain is successfully integrated with her mechanical body. Motoko’s memories are erased and are replaced with false ones. She is given a new name too – Mira Killian (Scarlett). Her false memories talk about how her parents were killed by a terrorist group. They do this to get Mira to work for them and be their perfect soldier. Mira is given medication and is told that the medication will help her brain bond with the body (keep her Ghost in the Shell). The reality is that the medication suppresses her real memories and keeps the fake ones intact.

A point to note here is that both Motoko and Hideo are given an American personality now even though they were once Japanese. I believe this was the only way the Japanese anime could be mashed into the world of Hollywood.

Kuze is out for revenge. He has kidnapped a bunch of cybernetic humans and connected them together to create a mental network. He uses this to hack into other cybernetic humans to work towards taking down Hanka.

Meanwhile, Mira has become the field commander for the intelligence department called Section 9. Her second in command is Batou. Section 9 is headed by Daisuke Aramaki. Mira is hunting down the one responsible for the attack on Hanka. She has been having hallucinations. These hallucinations are her real memories surfacing. However, Dr. Ouelet brushes them off as glitches.

Kuze hacks into geisha bots to attack a Hanka meeting. Mira and team stop the attack. She plugs into the geisha bot to find the source of the hack. Mira herself gets hacked but is pulled out in time. She thinks she has the location of the source but it turns out to be a trap. A rigged bomb blows up at the location which does severe damage to her body and blinds Batou. Batou’s eyes are replaced with cybernetic augmentation. Mira’s body is rebuilt.

Mira’s team realizes that Kuze has been killing everyone from project – 2571. Which means Dr. Ouelet is next. Kuze hacks into two garbage disposal men and tries to kill Dr. Ouelet. Mira and team intercept and save her. One off the men is killed the other is captured. The captured garbage disposal dude is still being controlled by Kuze. During interrogation, the team is able to find the source of the hack.

Mira goes to the source of the hack and is captured by Kuze. He reveals to her that he too was a subject just like Mira but was a failed attempt. He asks her to stop taking her meds and releases her. He escapes. Mira talks to Dr. Ouelet to confirm that this was true. And that her memories are false. Dr. Ouelet confesses. Cutter understands Mira knows too much and orders for her mind to be destroyed. But Dr. Ouelet lets Mira escape and gives her an address. Cutter kills Dr. Ouelet and frames Mira.

Mira goes to the address to meet a Japanese woman. This woman is Motoko’s mother. In effect, Mira’s mother. She explains to Mira how her daughter had run away from home a while back and was living with the other runaways. One day, the government claimed that Motoko had taken her life. Mira doesn’t remember any of this yet. She leaves. Motoko’s mother doesn’t know who Mira is but can feel a connection.

Mira goes diving to the bottom of the ocean to chill. She finds it cold, alone and scary there. She finds it to be real. Batou finds her and she tells him the story. They get in touch with Daisuke too. Cutter decides to kill off Daisuke and the others from Section 9. But they turn out too good for him and kill Cutter’s men.

Mira finds the hideout where Motoko once was. Mira’s memories of her life as Motoko are coming back. She meets Kuze there. She reminds Kuze that his name used to be Hideo. Cutter uses a Spider Tank to attack them (a silly climax, really). Cutter is remotely controlling the tank. Kuze is wounded badly. Mira destroys the tank’s motor and loses her arm. Cutter’s snipers close in. Kuze tells Mira that they can leave their bodies and exist in the Ghost state in the neural network. Mira says she’s not done with the world yet. Kuze is shot in the face by a sniper. Batou snipes the sniper. Daisuke locates and kills Cutter.

The bad guys are dead. The good guys prevail. Mira unites with her mother and continues working for Section 9 with her team.

While the anime is more focused on the events of the missions of Sector 9, the movie went into an origin story. Unfortunately, the origin story took the viewers back to films like Lucy, V for Vendetta, Terminator, Wild Wild West, I Robot, and others. There wasn’t any uniqueness to the story the film tried to paint.