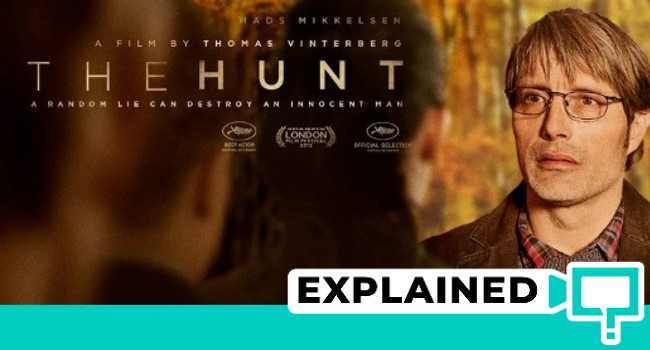 The Hunt is a Danish film (original name : Jagten) starring Mads Mikkelsen (of the Hannibal fame). Mads is an incredible actor and has done many versatile roles. In this film he plays the role of a kindergarten teacher. The story is set in a small scenic little town. When I say scenic I mean this – what people of the world call traveling to an exotic cradle of nature, the town folk call it “going out for a walk”. Lucas (Mads) has a group of close friends and they hang out quite often.

Hmm… How do I write about this movie without giving out spoilers? … What you need to know is something happens. Something not intentional. That something changes things so much that your brain is not accepting it. Your mind wants the movie to head in one direction and the director takes it the other way. I mean this in a good way. This was a great watch which illustrates the consequences of living in a closely knit community. How certain prejudices can affect a person’s life whether small town or at a global scale.

The movie ends wondering what was fair, what was not. Who could be blamed and who could not. Leaving you with no answers you sit there munch on the remaining popcorn and move on with your life. 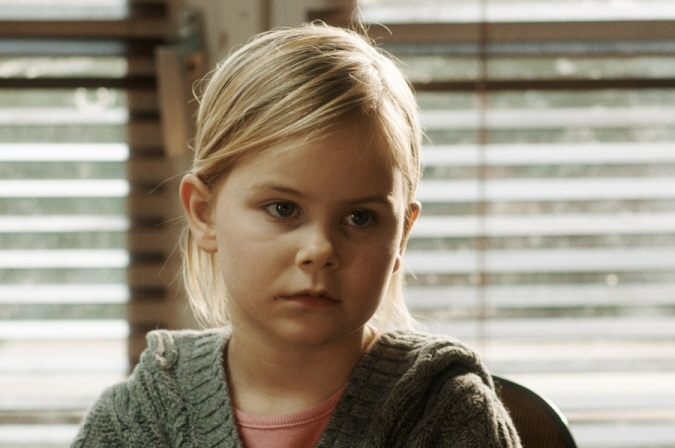 There is an obvious question that pops into everyone’s heads. Who was that shooter, why did he shoot at Lucas and why did he not take the second shot? I’ve tried and put together my thoughts on this. Consider the case of Michael Jackson. People know of him world over, however, there are a handful of people who know him. A good majority of the world today sees him as the paedophile that danced and sang. They have no idea about the facts around the case, possible they’ve never even bothered to read about it, yet they are prejudiced on the subject matter. I’m not inferring that this has anything to do with the movie or I know the truth about MJ. I’m simply saying that people tend to make a hard stand based on certain assumption.

The film illustrates just that. While you watch in disbelief, a perfectly normal, nice guy is put into a terrible world of hatred and prejudice. Klara’s brother is the actual A-hole who’s going around showing a little girl porno clips. Klara is a young girl, doesn’t know what to make of it. Lucas rejects her secret gift so she combines the two things and makes up a statement about Lucas. Everyone simply, blindly accepts what the girl is saying to be the truth. Well, there is no reason apparently for kids to lie about these things. The movie shows you that there could be. Even if the court has acquitted Lucas, people don’t care, they’ve still tagged him guilty.

In the end, a year is shown to have passed after the fiasco. There seems to be an apparent peace between Lucas and his friends. His son is being inducted into the community of hunters. When everything looks all back to normal, someone takes a shot at Lucas. Frankly, it looked like a young boy and could be Klara’s a-hole brother for all you know. We could even imagine a follow up movie in a “Taken” style which is about hunting that brother down and taking him out. But the point is no who it was. The point is that it doesn’t matter that even Theo (Klara’s father) is fine now, is back being friends with Lucas, trusts him and is trying to rebuild their friendship. The society is always going to see Lucas for a paedophile and is never going to fully accept him. Also, the person doesn’t fire a second shot because it doesn’t look like the intention was to kill. It was to warn. Perhaps some people continue to feel unsafe with him in town and would prefer that he moved away.