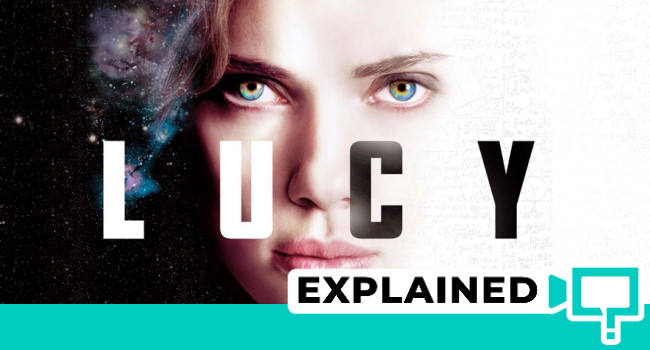 This film is about the concept of how humans don’t utilize more than 10% of their brains. No we’re not talking about those idiots who drive while talking on their phone or chatter through entire films. Even the more intelligent, evolved humans are unable to tap into more than 10% – 15% of their brain power. Many scientists have shunned this theory. There are a group of people who are aligned to this theory in the real world today. Morgan Freeman, the voice of God, plays a scientist in this movie (Prof Norman) who advocates the theory of 10%.

Scarlett Johansson plays Lucy, a student living in Taipei. Her boyfriend tricks her into working for his Korean mob boss. Her job is to transport a new type of drug CPH4 which has been placed into her stomach through surgery. This is a make-belief drug which is planned to be sold in Europe. Lucy gets attacked by one of the mob men and this causes the packet in her stomach to rip.

I’m going to keep away from stepping into the details of each of the scenes and focus on what’s happening with Lucy. The drug affects Lucy in a way that enables her to tap into more than 10% of her brain capacity. We’re given a clear visual through the film as to where her percentage utilization has reached.

Why would increased brain usage result in better combat skills?

The first set of consequences of the drug results in Lucy becoming physically more enhanced. Well, perhaps this can be attributed to adrenaline. Adrenaline is a hormone secreted in our bodies by glands. The hormone increases the fight or flight response. When in state of panic, the hormone is secreted and causes a higher state of alertness and reduces reaction time. Of course, this is short lived for normal people. For Lucy this would be in much higher proportions and results in much higher state of physical speed and reflexes. She’s also losing her ability to feel pain and other emotions in general. That helps in a fight.

How does increased brain activity lead to telepathy?

She kills her captors and telepathically gains information of the other drug mules with CPH4 inside them. Let’s look a little into telepathy. It is the fictional ability a person has to read another person’s mind. The brain works based on a series of electric signals being passed around in the neural network. If the sense of touch can be increased many folds, it could theoretically feel the electric activity in another person’s brain. I know it’s far fetched, stay with me here. With an enhanced brain, Lucy can now decode another person’s brain functions. She taps into his memory to gain access to the destinations of all the mules. That’s all I’ve got. Please do comment if you have a better theory. 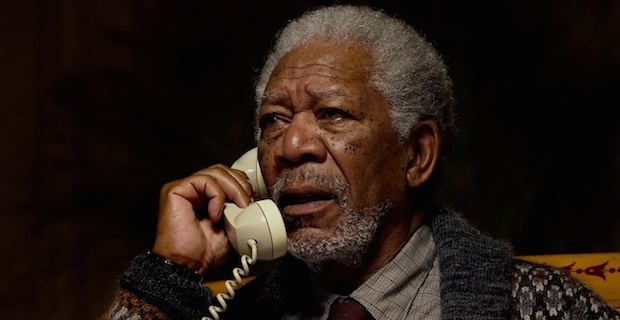 Lucy uses her home computer and reaches out to Prof. Norman. She hacks into Prof. Norman’s home TV. We can assume that it is a smart TV which has Internet access, therefore an IP and a vulnerable port that can be hacked. Lucy has a higher understanding of the human body now and figures that her roommate can possibly suffer from a critical ailment and warns her to change her lifestyle.

What happens to Lucy on the flight? What is she doing with two laptops?

Lucy begins tracking down each of the mules. She locates officer Pierre to aid her with the situation. Lucy is collating all her learnings into document format and is using two laptops to increase her typing speed. Why can’t she simply alter the electric pulses in the computer to create documents? Perhaps she can’t do that just yet. What she can do is sense the air hostess’ medical condition to preempt the nose bleed. She doesn’t need touch to do this anymore. Just like we can sense when something is hot based on the ambience and don’t have to actually burn our hand to figure it’s hot.

Lucy sips on champagne and apparently that does not go well with CPH4. Note to self – do not mix alcohol and CPH4. This causes Lucy’s cell structure to want to disintegrate. What we see happening to her is parts of her just disintegrating. Does the champagne do this, may be, or her body is reaching a stage where each cell has the ability to self sustain and doesn’t need to be connected to the rest of the cells. Lucy controls her body by eating more CPH4. Withdrawal symptoms in short, maybe.

How does increased brain activity lead to telekinesis?

Lucy pairs with Pierre while he watches her take out a set of goons with her mind. She throws in an invisible forcefield and sets the gang afloat. What we see here is telekinesis. Telekinesis is a fictional ability to move objects using just the brain. Well, all matter is made up of atoms. If one has the heightened ability to interact with the matter in air to form a chain reaction to finally affect the destination matter (in this case the goons), you can have people up and floating in no time. The forcefield works the same way. Get the molecules of air to contract and work like a solid object, you can make an invisible wall.

Lucy collects all the CPH4 and heads with Pierre to meet Prof Norman. Norman explains the purpose of life is to pass on knowledge, this happens at the level of DNA. Lucy asks for the remainder of CPH4 to be pumped into her. This is where the shit gets crazy. 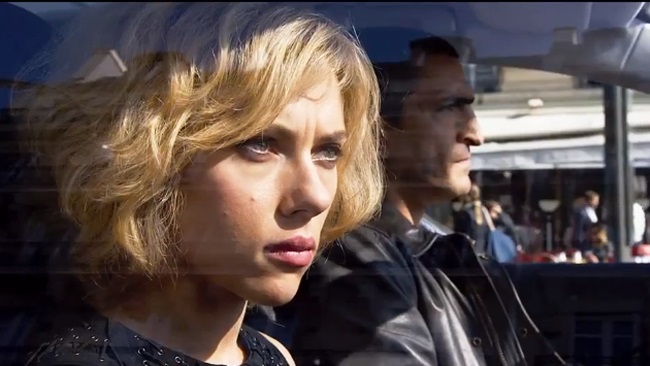 What on earth is happening to Lucy in the end? (Lucy Ending Explained)

Once all the CPH4 goes in, her brain nears 90% utilization. As Lucy’s brain function elevates further and further, she is able to tap into and use all forms of energy around her. She can look into the past or the stars and galaxy because they are all forms of light energy that she can access. (eg: The reflection of yourself in a mirror is you looking at the past – because light takes finite time to travel from you to the mirror and back to your eyes)

Apparently, at this point her brain can restructure all of the cells of the body to transform into some weird computer of sorts. After all, the computer has been designed based on the human brain. Lucy is hard at work collating all her understanding into a readable medium. A medium that can be plugged into a USB port. Well, given that’s the only interface that we use, her device adheres to our current capability.

The final disintegration bit was a little outrageous. The theory there is that with 100% tapping of a brain’s functions, you don’t need to exist in the physical form of a human at all. She becomes an omnipresent consciousness that is connected through pure energy. Pure energy that can alter other form of energy as she likes. She is able to control electromagnetic fields to get networks to send out SMSs. SMSs are after all signals that are sent to the phone over a wireless network.

I’m not sure if research was done into the Indian philosophies around dvaitam, advaitam and vishishtadvaitam for this film. The resemblance is uncanny.

Dvaitam: Is the concept that most of the world follows. There is a divine power and there are the creations of the divine power. This is dualism. God and Man.

Advaitam: Is the concept of one single reality. Atman (the living soul) is the same as Bhraman (single reality). What life is, is merely an illusion that we perceive. Everything living is merely a combined conscience. To get to that realization is deemed attaining Nirvana. God, Man is all one, just need to perceive it.

Vishishtadvaitam: is the concept of one single reality too. The difference is that here we have the divine power has multiplicity. This means the living exist in a pseudo-singular existence, but death causes the being to unite with the single reality. God, Man is all one and united post life.

Lucy explains that “we never really die”. This pairs well with the concept of Vishishtadvaitam where death only leads to rejoining a singular reality. Lucy, based on the concepts of Advaitam, has attained Nirvana and is now aware that she’s part of that singular reality and doesn’t need her physical body anymore. “She is everywhere”. Some of the concepts posed by the film borderline with insanity, but hope helps clear some cloud.