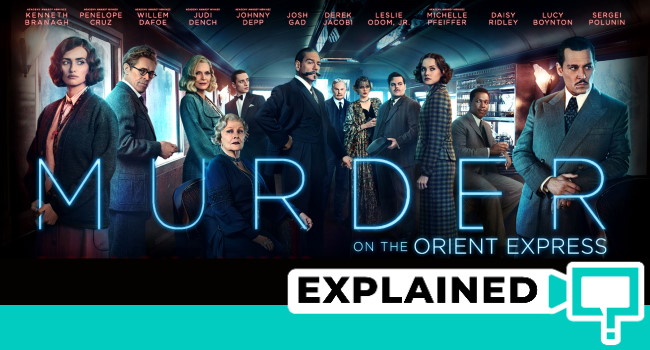 Murder On The Orient Express is a 2017 film adaptation of Agatha Christie’s novel. It’s a murder mystery set on a train and is directed by Kenneth Branagh. The cast of the film is extensive and includes Kenneth Branagh, Penélope Cruz, Willem Dafoe, Judi Dench, Johnny Depp, Michelle Pfeiffer, and Tom Bateman, to name a few. It’s a simple enough story with a good twist at the end. I got multiple requests to write up this film, although I’m not sure why. I’m going to guess that the verbal explanation at the end didn’t paint how exactly the characters were related for some viewers. So I thought I’d whip up a diagram for this one as that would be more straightforward. Here’s Murder On The Orient Express’ ending explained, spoilers ahead.

Ratchett, played by Johnny Depp, is killed on the Orient Express. Detective Hercule Poirot, who happens to be on the train as a last-minute passenger, must now solve the case as the train proceeds to its destination. It is soon disclosed that Ratchett is actually John Casetti who once kidnapped and killed a little girl by the name Daisy. Poirot begins interviewing the passengers one at a time and eventually ascertains who the killer is.

The twist, in the end, is that everybody on the train but himself and his friend Bouc turn out to be killers. The whole lot of them had made reservations on the train, knowing that Ratchett would be traveling. Ideally, no one else would have been on the train, but Poirot happens to get on board unplanned. Daisy’s death results in her mother Sonia’s death. Sonia’s husband, John, then commits suicide. The blame falls upon the housemaid, Susanne, who commits suicide. It turns out that everyone on the train is either connected to Sonia, John, Daisy, or Susanne. Here’s how: 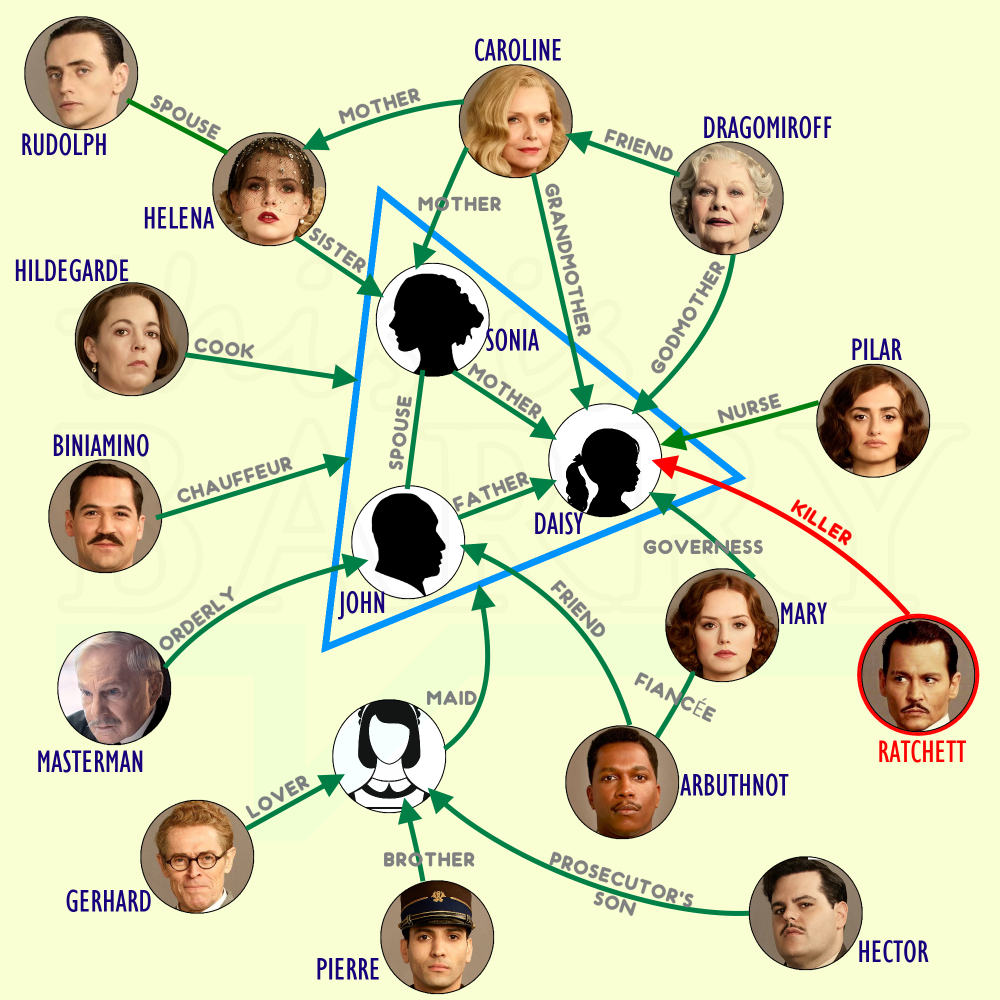 How Each Character Is Connected

Caroline Hubbard (Michelle Pfeiffer): She is the one who plans the crime. She’s Sonia’s mother, Daisy’s grandmother.

Princess Dragomiroff (Judi Dench): She’s a friend of Caroline Hubbard and was the Godmother of Daisy.

Count Rudolph Andrenyi (Sergei Polunin): He is Helena’s husband and the brother-in-law of Sonia.

Pilar Estravados (Penélope Cruz): She was the nurse and caretaker of Daisy.

Hector MacQueen (Josh Gad): He was the son of Susanne’ prosecutor and is looking for revenge because of what his father went through as a result of the trial. Hector has also been working as Casetti’s assistant and is the one who provides the information about his travel on the Orient Express.

Pierre Michel (Marwan Kenzari): He is the conductor on the train and is Susanne’s brother.

Hildegarde Schmidt (Olivia Colman): She was the cook at the Armstrong household.

Biniamino Marquez (Manuel Garcia-Rulfo): He was the chauffeur for the Armstrongs.

Though Poirot uncovers the truth, he also places a gun in front of the group and asks them to kill him. He does this to see what the group is really capable of. But Caroline picks up the gun and tries to shoot herself and realizes that it’s empty. Poirot chooses to let them all off the hook and produces a false statement to the authorities stating a lone killer entered the train during one of its stops to make the kill.