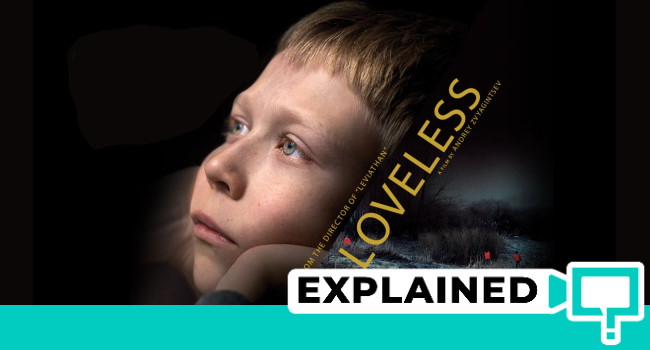 Here’s the ending of the Russian film Loveless (Nelyubov) explained.

Zhenya and Boris are going a really bitter divorce. What is important is that they have both resigned to a life of ignorance when it comes to their own happiness. Zhenya has found herself an older, wealthy man to alleviate herself from her life of hardship. Boris has found himself a young, naive girl who he’s got pregnant. Neither of them wants to take responsibility for their 12-year-old son, Alyosha. The two of them are insensitive to the extent that they end up arguing openly about not wanting custody of their son. Alyosha overhears this conversation and is shattered, he runs away. It takes the parents two days to figure out that their son has gone missing, they start looking for him only after the school calls saying he hasn’t been attending. At this point, viewers would expect the two to put aside their differences and unite to find their son, but instead, their fights become worse. The police pretty much say that there is nothing they can do to help find him and advise to use a volunteer group for help. This group does their best to locate the Alyosha. The crux of the film is the scene where the group’s leader shows the parents a dead kid who needs to be identified.

While the kid is not Alyosha, the visual hits them hard enough that they both break down crying. Alyosha remains missing, three years pass. Zhenya and Boris have learnt nothing. They are both miserable in their respective new marriages. Alyosha was an unfortunate life caught in the middle. The film ends with the strip of tape that Alyosha throws on a tree at the beginning of the film. No, this is not a new strip of tape indicating that he’s stealthily moving around in the city. What happens to Alyosha, is he dead? Yes, it is highly possible. They already show the fate of one such missing kid.