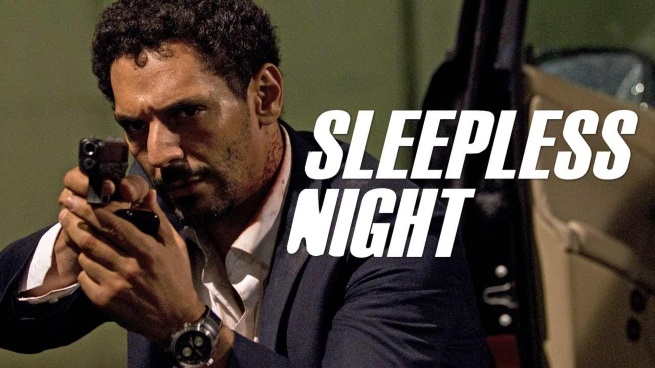 This one is an Action Thriller by Frédéric Jardin who I have no idea about. It just makes it sound like I have profound knowledge on French films. That said, Nuit Blanche Incredibly terse movie that keeps you on the edge of your seat throughout. It stars Tomer Sisley who you might recognize from We’re the Millers. Here’s Sleepless Night’s plot explained.

The movie that seems to be about a drug deal gone badly initially, reveals more plot and twists in the various characters as the story unfolds. A major part of movie is based on the events of one specific night. There are four groups that are going at each other in a night club – the cops, the club owner & gang, the drug gang and Vincent (Tomer) & his son. Vincent is a cop who is caught in the thick of things in the drug deal.

Given that it is a film in the action genre, you wouldn’t expect much development of characters. While that is true, you are given enough of a background (through 3 dialogues) on the general relationship between Vincent and his kid. This is more than you need to watch and enjoy this film.

Nuit Blanche most definitely does not come under the mindless action category of films. There are a lot of characters that come together to structure the plot. Every actor plays his or her part quite convincingly, even the ones who have a tiny role. Perhaps the son, played by Samy Seghir, is the least convincing given he’s at the centre of all the shit hitting the roof.

I think a special mention has to be made about the kitchen staff who provide the comic relief in the film and are as concerned about the ‘out of place’ events in their kitchen as a duck would be about the boson particle.

Vincent is a cop undercover who is trying to expose a higher up official who is involved in the drug business. Vincent is believed to be a dirty cop who supplied by the underworld drug mafia. The movie begins with Vincent and Manuel hitting a drug loaded car with two guys to steal the coke. Manuel shoots one of the guys with the coke and the other one escapes.

Vincent and Manuel make away with the coke. The next day, Vincent receives a call from his son but is Jose, who is the club owner and the person to whom the drugs were being delivered to. Jose informs Vincent that his son was kidnapped and the exchange would be for the drugs.

Lacombe is the higher up official who is corrupt. This is the guy that Vincent wants to expose. Nobody really knows that Lacombe is corrupt except for Manuel. Lacombe then takes the drugs out of the ladies’ restroom and puts it in his car without anyone knowing.

Vincent takes one packet of the coke to Jose and ensures that his son is alright. When he goes to get the remaining drugs, he obviously notices that it’s gone and calls Manuel for help. In the meanwhile Vincent heads to the kitchen and gets who illegal Indian immigrants to help him prepare a bag of flour packed to look like the coke. Vincent takes this to Jose and sees that Feydek, the drug gang, is there to pick it up. Vincent messes up the zip on the bag to help him gain some time. He uses this time to get the drug gang to leave the building saying that there were two other cops in the club. The drug gang get to their car to realize that the coke was actually flour. In the mean while Vincent gets to his son and begins to leave. Before he can get away, Jose informs his guy that the drugs were fake and Vincent loses his son in the crowd. 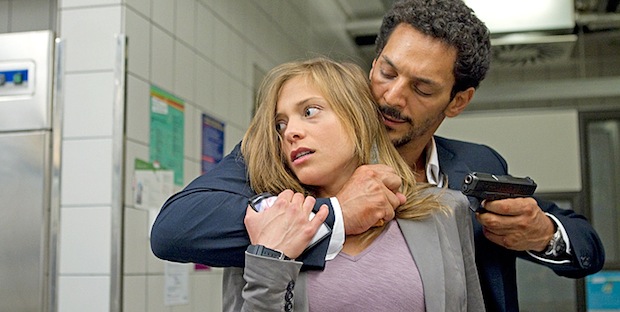 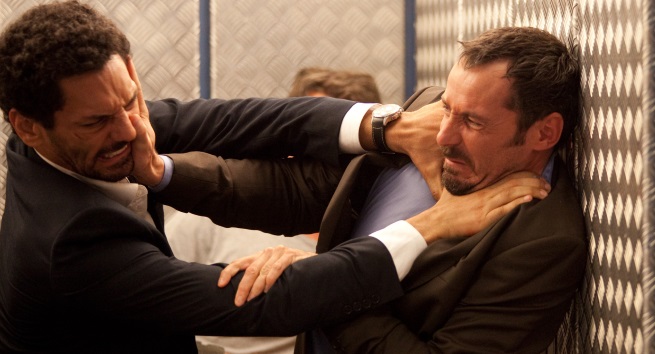 He heads to the bar where he sees the barmaid take a glass of milk and nuts to a door. She uses a knock sequence on the door which then opens. A hand is shown taking the milk and nuts in. Vincent then encounters Vignali, singles her and beats her up to get the location of the drug bag. This is where he informs for the first time that he’s undercover and is trying to bring down the senior corrupt official. He then goes up against Lacombe who starts up a brutal fight in the kitchen. Vincent overpowers Lacombe. He gets a call from a number, which happens to be his son. Unknowing that this was a bait, Vincent lets his son and hence Jose’s men know of his location. Jose’s men track him down but Vincent makes out of the club where he meets Manuel.

The two of them head to the back where they encounter Feydek gang member who shoots Manuel and gets shot by Vincent. Lacombe gains consciousness and calls Manuel to leave him a message. Vincent hears this message to realize that Lacombe is the corrupt senior official. Vincent uses Feydek’s shot guy to get Feydek out, grabs him as hostage and takes him back to Jose to negotiate for his son. Jose ends up killing Feydek because of an altercation between the two. Vincent gets knocked out. When he comes to, Jose gets him to give the location of the drug bag and they head to the ladies’ restroom. 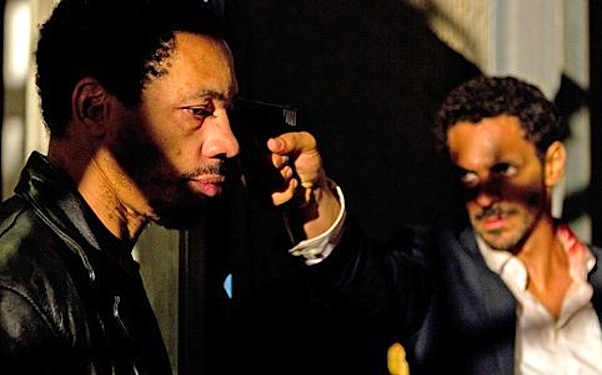 Obviously there is no drug bag in the restroom, Vincent knocks Jose out and uses the vent to get himself out. He makes his way to Vignali and unknowing to her drops Manuel’s phone in her pocket. He heads to the bar area and uses the same knock sequence on the door which opens. Vincent beats up the guy and shoots him in the leg and reunites with his son. He uses the cuffs on his son so that they don’t separate like the previous time and heads out. He finds Lacombe’s car and gets in to leave but is stopped by Jose and his henchman. Jose gets the drug back out of the car boot.

Feydek’s guy shows up kills Jose’s guy and wants to take the drugs for himself. Vignali and Lacombe show up and shoot Feydek’s guy. In this confusion Vincent makes a drive away with his son. Lacombe tackles down Jose who tries to make a run for it.

Lacombe and Vignali arrest Jose start driving out. Vincent makes a call to Manuel’s phone (which is in Vignali’s pocket). Vignali picks up, Vincent tells her to have a look at the calls on the phone. What is not shown is the nature of evidence on the phone that incarcerates Lacombe. We can assume them to be a series of texts or pics perhaps. Vignali looks to Lacombe and plays him the message he leaves Manuel on the phone. Knowing that he’s caught, Lacombe pulls a gun on the driver. Jose attacks Lacombe, the gun fires off shooting Vignali in the back. Lacombe manages to shoot and kill Jose. Shoots the driver from Jose’s position, shoves the gun into Jose’s hands and buckles up for the inevitable accident. He makes it look like a shootout that Jose caused. Lacombe even tells this to the cop at the scene of their accident. Vignali, however, is shown to be alive. Lacombe realizes he’s doomed.

Vincent drops his son home but becomes unconscious due to all of his wounds. His son returns to drive him to a hospital and the film comes to a close.

This film was remade in Tamil staring Kamal Hassan, click below to read more: 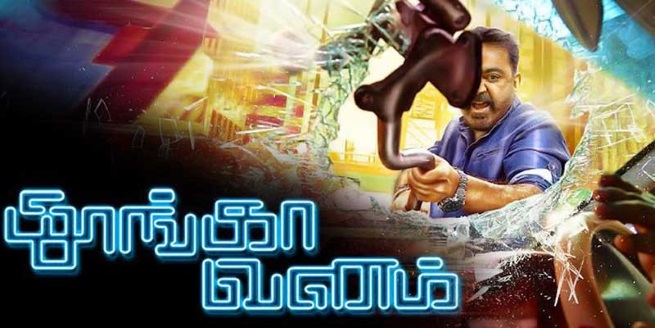