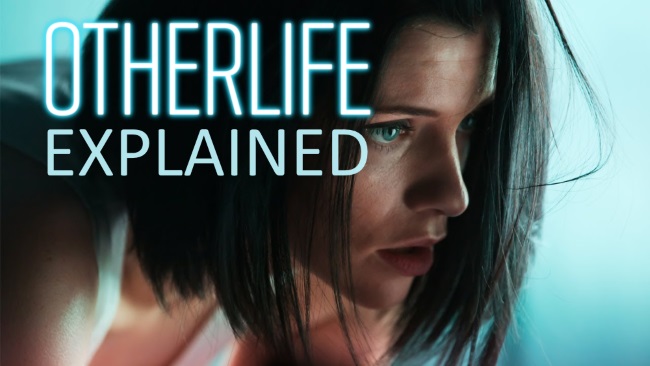 This is a Science Fiction film that deals with a biological form of virtual reality and its consequences. Let’s get straight down to the plot. Here’s the film OtherLife explained, spoilers ahead.

Let’s run through this plot in chronological order. Dr. Amari comes up with a way to induce a memory into someone’s brain through nano-technology. He has a son and daughter – Jared and Ren. One day, when the two of them are free-diving, Jared hits his head on a rock and ends up drowning. After this Jared goes into coma remains on life support. A while passes and Dr. Amari wants to turn off Jared’s life support and free him of this life of eternal comatose. Ren, however, feels that she can use her father’s technology and bring Jared back. She registers the patent and starts a company called OtherLife with a partner, Sam. The virtual reality program is printed on to a nanotech-based liquid and is dropped into the eye of the subject. The effect lasts for as long as the code runs. While a memory could be a couple of hours or days or years, the entire thing runs within minutes of time in real life.

Over time Ren tests the technology on herself and begins to perfect it. To the world, she’s working on a skiing holiday memory. Unknown to anyone else, she is working on a memory of drowning. Here’s the critical difference in the code between the skiing memory and the drowning one. The skiing code does not allow you to alter the memory. She’s only trying to get the memory to last longer so that it can be a better sell to the prospective investors. She’s working on this code so that she can get investor money. The drowning code, however, is a memory that can be altered by the subject. Ren keeps this a secret because if memories are alterable, many people will choose to continue living in the virtual world to escape from the hardships of real life. She doesn’t want this. The point of making the memory alterable is to allow for Jared to replay the memory differently, where he doesn’t drown. This way Ren feels that Jared’s mind will be free of his coma and he will awaken. Dr. Amari doesn’t feel this will work.

Sam finds out that Ren has been creating a simulation in secret and tries to investigate. He wants to sell the tech to the government so that they can use it as a virtual prison. He sells it as a confinement code which will virtually simulate years of imprisonment in a cell, but in real life will take just a few minutes. This way felons will go through their punishments in minutes, and this would solve the prison crowding issues. Ren doesn’t like the idea. She wants her invention to be used to expand the mind and not imprison it.

Ren has a boyfriend by the name Danny. She gives him the skiing memory as an experience. He’s amazed. In a moment of Ren’s distraction, Danny ends up using the Jared memory on himself. Jared’s memory is programmed to be changeable, but it is a drowning memory nevertheless. Danny’s mind doesn’t know about this choice to change the memory and believes he is drowning. He has a seizure and dies.

The government really want their hands on the confinement virtual reality code. They are willing to let Ren off the hook for Danny’s death as long as she puts herself through the solitary confinement for a year. Ren initially doesn’t agree. Sam tells her that in her real life it will be just a minute. The one year of confinement will be only inside her mind. After she’s done, she can resume her life. She hesitantly agrees. 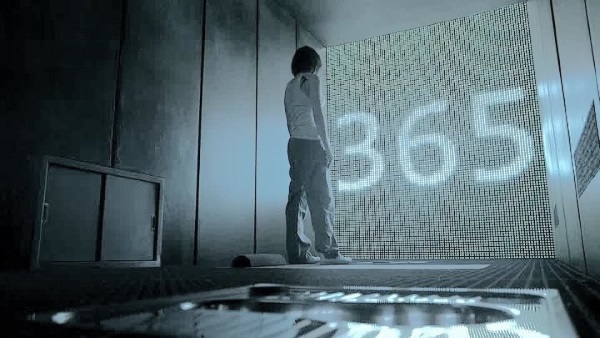 Ren enters the simulation. She struggles through her imprisonment eating canned food. The room is not real, it’s a program. After she gets through 365 days, the counter resets to 001. She is furious that the code is buggy and she’s now trapped in loops. She starts smashing things around in her anger. She suddenly hears the wind and pushes a panel open. We are shown a quick shot from the outside and how nothing exists. But suddenly, as Ren steps out, she sees the real world around here. Ren is “not” in the real world. This is still part of the simulation. Something in the code is extending the simulation, and because Ren has been through multiple simulations through the years, she’s somehow able to project a world inside the simulation and populate it with people.

Story continues in the Virtual World

In the virtual world, she goes on to find out that a year of time has passed and Sam has taken over the company. People have assumed that Ren has cashed out and moved to Italy. Sam is out to get Ren. She finds out that Danny is still alive (remember, he is alive only in this virtual world, he is very much dead in the real one). With Danny’s help, Ren breaks into the OtherLife office and gets her code back. She makes her final tweak to the program and takes it to Jared. On administering it to him, he initially wakes up. But soon we are shown that he makes a choice of death, and his body goes through a shutdown. Ren turns off the life support allowing Jared to die. Suddenly Sam shows up, and he tells her that he saw Jared make the decision of death. Ren then realizes that this is all happening inside her mind. She wakes up in the real world.

Story continues in the Real World

Ren wakes up and initially attacks her co-workers based on what she had seen inside her head. Soon she realizes that mere minutes have passed and what she saw wasn’t real. She doesn’t tell anyone about what she has been through. Unfortunately, Danny is dead. Ren tells Sam that she will exit the company and keep the patents. She discusses going to the hospital with her dad. Later, Sam calls Ren asking to meet in person. When she gets to the office, Sam takes her through her brain readings when she was in confinement and notices that she was glad about something when in prison. Sam concludes that she broke out inside her head. He now wants Ren to build him an immersive, interactive simulation.

Sam wants Ren to go back into another one-year confinement so they can monitor the readings and build out this new immersive virtual reality. Ren totally disagrees, but Sam forces the nanotech liquid into her eyes and tries to take readings. Ren is back in her prison cell, but this time, she calms her mind down and lets the code run. As a result, virtual time passes by faster, and Ren wakes up. She grabs Sam and forces the liquid-tech into his eyes. Sam is now in confinement, and his mind struggles to cope. Ren waits for the 365 days to complete in the simulation. She pauses for a little additional time because she knows this simulation will loop. Ren wants Sam to know how much trauma it can bring to someone who’s been through such a helpless situation. She brings Sam out of the simulation, and he’s left sobbing.

Ren and her father go to the hospital. Based on what she saw in the virtual world, Ren makes an assumption that Jared will choose death. She doesn’t try to give him the last simulation. Ren takes Jared off the life-support and consoles her father as he cries at the empty bed of Jared. Well, poor Jared, in the real world, may have chosen differently but isn’t given a chance. Running one last simulation on him would have helped find out if he really wanted to die or live. Ren visits the spot near the shore where Jared had his accident. She looks on as she has made peace with his death. The film ends. 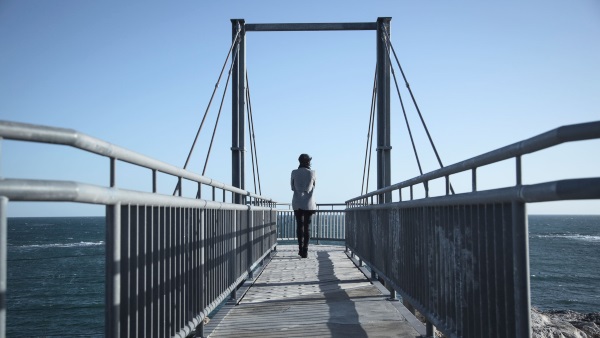