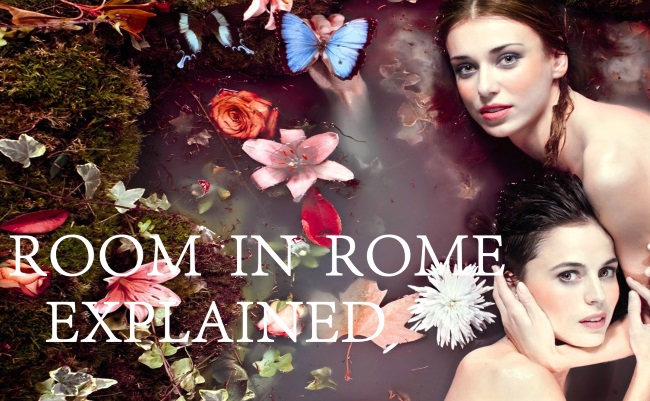 Two women who have the hots for each other, go get a room, in Rome. They indulge in copious amounts of lovemaking and conversations. The Spanish girl, Alba, initially lies that she escaped a relationship with a wealthy Arab, and finally reveals that she is the daughter of the woman who ran away from the Saudi man. The Russian girl, Natacha, initially lies saying that she is an actress and has a twin who is a tennis player and finally reveals that she is the tennis playing twin to her actress sister. After a lot more making out, the Spanish girl’s lust begins to turn to love as established by a metaphorical cupid’s arrow to her heart. The Russian reminds her that this was a night of fantasy and she will be soon married to a Russian man. After one last tumble in the bathtub, the two part ways only to be united as the Russian displays her sprint with her long firm legs. The audience is left to decide if they move on with their lives or to another room, in Rome.