Side Effects stars Rooney Mara (The Girl from The Girl with the Dragon Tattoo), Channing Tatum (of the Step Up fame), Jude Law and Catherine Zeta Jones. This one was a 2013 installment from the director who gave us The Ocean’s Trilogy. Here’s the film Side Effects explained.

Martin (Channing) reunites with his wife Emily (Rooney) after 4 years of being in prison for getting caught on insider trading. Emily is suffering from depression and is trying hard to cope with it. Martin is trying to turn over a new leaf. Emily is consulting with Jonathan (Jude) for her case of depression, her previous psychiatrist being Victoria (Catherine). Emily is not able to handle her case too well and is put on to a new drug called Ablixa. No points for guessing here, the medicine has side effects and shit goes sideways. The director’s done a great job of piecing together each of the characters to give life to the story. Rooney Mara has been a favourite after Girl with a Dragon Tattoo and she does her part effortlessly.

Here’s a chronological explanation of what happened in the film…

Emily and Martin are happily married and are living the life of riches. Martin is shown to be an investment banker. He gets arrested for insider trading. Insider Trading is an illegal act which involves a person with non-public information about corporations to conduct personal trades and make money on the stock market. 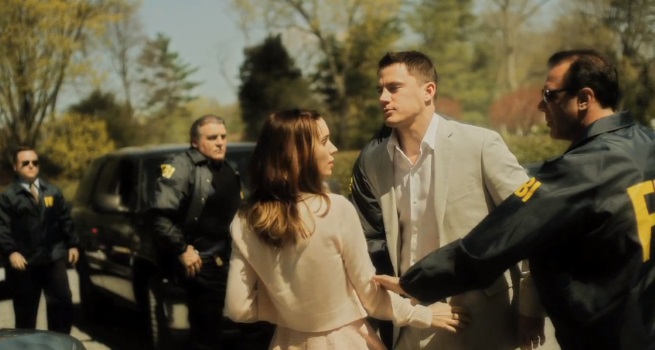 Once Martin goes to jail, Emily’s life comes crashing down on her. She’s angered by what Martin has done to her. Emily picks Victoria as her counselor as Victoria has been abandoned by her husband too. The two of them become lovers, it is indicated that both of them have certain bisexual tendencies. The two of them now plot. While Emily teaches Victoria all there is about Insider Trading (that she learns from Martin), Victoria teaches Emily how to fake depression. Emily publicly starts faking her condition of depression. She also meets Martin in jail and tells him that she will wait for him.

Martin gets released from jail and Emily and Martin’s mom goes to pick him up. This is how the movie begins. Emily displays a big break down in the public party to let everyone know that she’s trying had to make it work between her and Martin and that she’s suffering from depression. Following which Emily starts consulting with Johnathan who is assigned to her. Soon after, she makes her first attempt at suicide (well, she makes it look like an attempt at suicide). Emily gets into her car and drives it into a wall. I’ll come back to this point a little later.

Johnathan goes to meet Victoria to get more details on Emily. Victoria further adds to the scheming by convincing Johnathan that he should get Emily started on a new drug in the market called Ablixa. Johnathan is not convinced. Emily then stages the display of her second suicide attempt at the subway, trying to jump on to the tracks. A security guard stops her. This too is only done to show the public that she’s suffering from depression.

Emily meets with Johnathan by interrupting him and his wife and tells him how things are not getting any better. Emily convinces Johnathan that there is a friend of hers, by the name Julia, at work who’s tried Ablixa and that it works very well. Given that even Victoria suggests it earlier on, Johnathan prescribes it to Emily. In secret here, Victoria is taking snaps of Johnathan and Emily sitting together and talking in a public place. 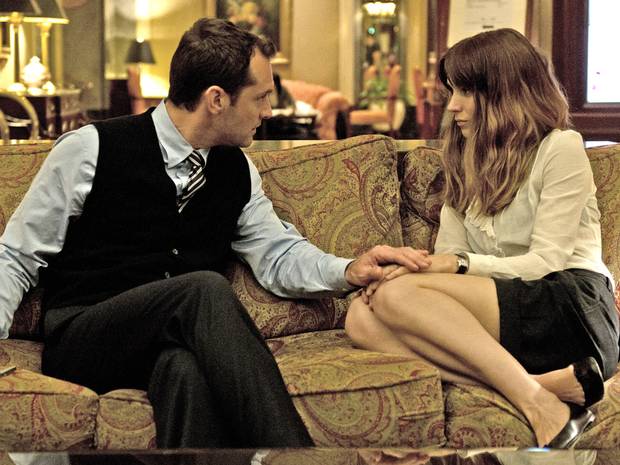 Soon Emily acts to show that Ablixa is actually making a difference and her sex life with Martin improves and that she’s slowly feeling less depressed. She also acts out an apparent side effect of sleepwalking. Emily is up in the middle of the night preparing breakfast, all while sleeping. This is an act.

This worries Martin and they head to see Johnathan. Emily convinces Johnathan to keep her on the drug. In another apparent episode of sleepwalking. Emily is cutting veggies. When Martin walks up to her she stabs him leaving him fatally wounded. Emily has no condition, she is only acting the part of sleepwalking. She intends to kill Martin for making her life miserable. She then goes to bed. She prepares to panic and act out a call to 911 saying someone has murdered her husband. 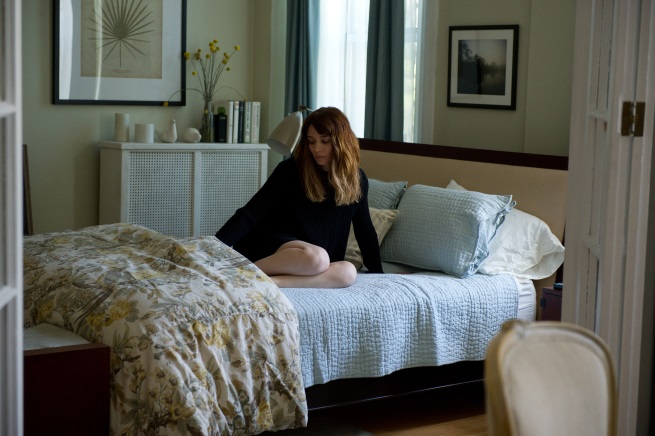 The trial then starts and Johnathan convinces the jury that Emily is a victim of a side effect of the drug. Emily is deemed not guilty but is sent to a mental asylum until cleared by Johnathan. By now, the case has gone public and Johnathan loses his job as it appears to be murder because of his negligence. In secret, Victoria has also made trades knowing well that Ablixa’s stock is going to drop because of the sleepwalking incident leading to a murder. This is the Insider Trading that Victoria has done to make a ton of money.

As his life begins to get ruined, Johnathan visits Emily’s office to notice two things – There is a car crash advertisement on airbags running in loops, the other is that there is no one named Julia at work. When he checks with the witness to the first attempt at Emily’s suicide, the witness tells Johnathan that Emily was wearing her seat belt during that crash. This gives John a confirming clue that Emily was only acting, she never intended to kill herself.

Suspicious, John tries to get more of the truth out of Emily. He tells her he’s going to give her a truth serum shot and ask a few questions. In reality, he only gives her some saline solution. Emily, who’s been told how to act in this situation, acts well thinking she’s on the truth serum which makes one drowsy. Johnathan also notices that the person who’s mentioned the side effects of sleepwalking is Victoria, yet she keeps this from Johnathan. So he goes to meet her. Johnathan, angry, tells Victoria that Emily has told him “things”. To make Johnathan’s life more miserable she mails the photos of Johnathan and Emily talking in public along with some racy pictures of Emily to Johnathan’s wife. This causes his wife to walk on Johnathan. 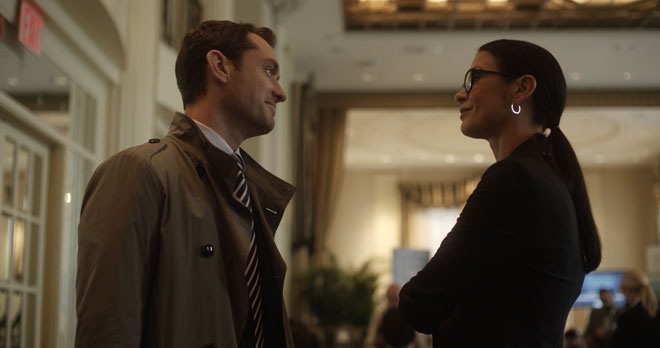 Johnathan meets Victoria one more time and plots Emily against her. He lies to Victoria that Emily has told him about the Insider Trades. Victoria reacts enough to give a clear indication to Johnathan that Emily and Victoria are in on it together. He plots Victoria against Emily this time by putting up a show to let Emily imagine that Victoria has turned sides and is with Johnathan now. This is the bit that Emily is seeing from inside the building. Johnathan tells Emily that Victoria was not sure if Emily could keep all of this a secret.

Johnathan’s play works, Emily decides to go against Victoria. She is taken out of the ward under the rule that she needs to be constantly under his care, else she comes right back. Emily wears a wire and goes over to Victoria’s and makes her say sufficient details that incarcerate Victoria of Insider Trading.

The US procedural defense states that a defendant cannot be tried again on similar charges following a legitimate acquittal or conviction. Since Emily was acquitted once already on the charge of Martin’s murder she can’t be tried again. Johnathan comes up with an alternate plan. He prescribes some drugs with some insane side effects to Emily. She throws a fit and Johnathan declares that Emily is no longer fit to be under his care and that she’s taken back to the mental ward for refusing treatment. Over some time there based on her treatment, Emily eventually becomes zoned out and loses her mind because of all the medication.

Johnathan gets his revenge on both Victoria and Emily and gets his life back.