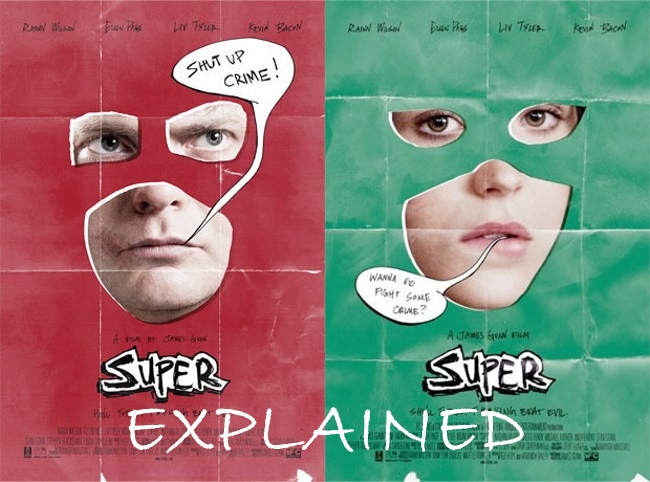 Super shows the consequences of prancing around as a caped crusader in real life. Frank and Libby costume up to become Crimson Bolt and Boltie to take down crime (which is not as frequently encountered as one would expect). Libby is young and infatuated with Crimson Bolt while Frank is determined to win his wife back from a gang of drug peddlers. Like one would expect in real life, the costumes don’t help one bit with concealing identities. We are also shown that a bullet proof vest can do little as Libby’s face is busted open by a shotgun. Frank avenges her in a fit of rage by killing all the bad guys and rescuing his wife who leaves him anyway but restarts her new life away from drugs. Lucky for Frank, he doesn’t get arrested as the only cop who suspects him is killed by mistake.