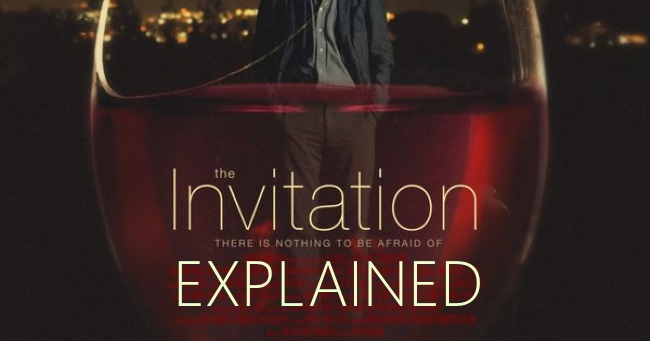 Here’s the film The Invitation explained in one line.

After hanging out with a cult in Mexico for two years, Will’s ex-wife and her ex-coke-snorting husband invite a group of friends, and two visibly loony strangers, to an unnecessarily long drawn dinner party which ends with a failed attempt at group-poisoning and a generic bloodbath, only to reveal that the entire city is inexplicably part of the aforementioned bat-sh!t crazy cult.

Now, If you want to watch a really good film by Tammy Blanchard then please do watch Tallulah.