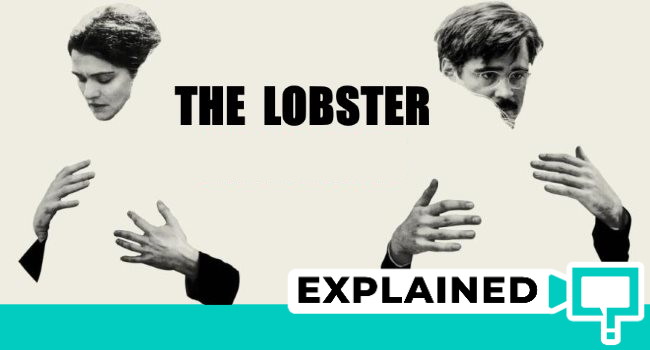 The Lobster is Romantic Drama directed by Yorgos Lanthimos (who also gave us Dogtooth and The Killing Of A Sacred Deer) and stars Colin Farrell, Rachel Weisz, Léa Seydoux, and John C. Reilly, to name a few. The Lobster is a 2015 film set in an imaginary world where single people are given 45 days to find a partner else are converted to beasts and set out into the wild. I got multiple requests to pen an article for this movie, and I finally got down to it. Here’s the plot and ending of The Lobster explained.

The Lobster: What is the movie about?

The Lobster is a satire on our present-day society that subliminally attributes life to be complete and meaningful only if you have a family of your own. Happily-single folks many a time receive sympathetic statements like “don’t worry, hang in there, you will surely meet your perfect partner one day”. Finding your partner is a massive milestone that everyone apparently must achieve. In many Asian countries, this extends to buying a car, buying a house, having a child, and so on. Many people give in to this societal pressure and find themselves in a relationship that they are not truly happy with. Lobster is set in a world where the milestone of partner-finding is taken to the extreme.

The Rules of the world in The Lobster

I know, this world sounds completely insane? Well, it’s just perspective, I suppose. It’s our world ideologies taken to the extremes on both sides, much like Black Mirror. Her is another movie that comes to mind when we look at the romantic angle.

Lobster Beginning: Why does that lady shoot the donkey?

Well, the movie doesn’t explain, but I’d reckon that the donkey is a former husband of the lady who cheated on her. The resulting divorce made them single. While he went off and opted to become a donkey, she hooked up unhappily with someone else to remain human. She now blames him for her miserable life and chooses to kill him. Sorry for sounding like Sherlock there. But did she really know which donkey was her husband? Perhaps not. The scene also shows how the validity of human life is not extended to animals.

David has recently become single after a 12-year-old relationship and checks into the Hotel with a dog who was once his brother. While he seems eager to find a partner, he knows that he has no outstanding physical traits or a habit.

Lobster: What is the relevance?

David’s choice of creature to be turned into is a Lobster as they live for over 100 years, are blue-blooded like aristocrats, and stay fertile all their lives. Even after his human days, David’s thinking about buying himself as much time as he can to find a mate. That’s how important it is to him. 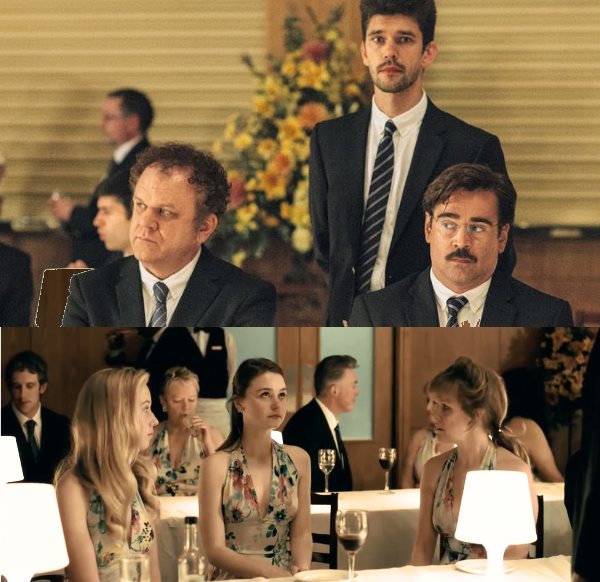 Other single characters in the facility

How are people transformed into animals in The Lobster?

It is believed that the human’s skin is first removed, and then the vital organs are taken through a procedure based on the animal selected. After that, the remains of the human are thrown away, and the blood is donated to hospitals.

While this is how the process is believed to take place, it seems like an ideal corporate lie to mask the organ-harvesting of individuals who are not worthy enough for society. Perhaps no one is actually transformed, they’re simply killed off.

John and the Nosebleed Woman

John fakes a bleeding nose to pair with the Nosebleed Woman. They are hailed a couple and are upgraded to a double room. After two weeks, they would go through a 2-week stay on a yacht. If they succeed, they will move to the city. But they start fighting and are promptly assigned a child (because, you know, a child solves all relationship issues).

Nosebleed Woman’s good friend figures she doesn’t have a thing in common with anyone and has resigned to the fact that she’s better off being an animal. She’s also clearly annoyed with her self-proclaimed “best friend”. As Nosebleed Woman begins explaining how her fancy new life in the city will still involve the memory of her BFF, she gets slapped across her face for her scripted act. The friend chooses to watch Stand By Me all alone. She’s clearly lost faith in humanity.

Death of the Biscuit Woman – A new life for David?

David figures he’s going to fake a relationship just like John. He approaches the Heartless Woman and says how he’s worried the Biscuit Woman might not have died after jumping from her room. That the last thing he needs is “some woman dying slowly and loudly”.

Later, he attempts to make small talk with the Heartless Woman in the jacuzzi. The woman fakes choking on an olive. David is careful not to react. He passes her test, and the two move in together. David also goes the extra mile to greet John’s assigned daughter with a kick to her shin, stating that she can now limp like her dad.

The act doesn’t last, the Heartless Woman kills David’s dog, his brother, and explains how she kept kicking him and left him to die slowly. David is caught red-handed as he breaks down crying. 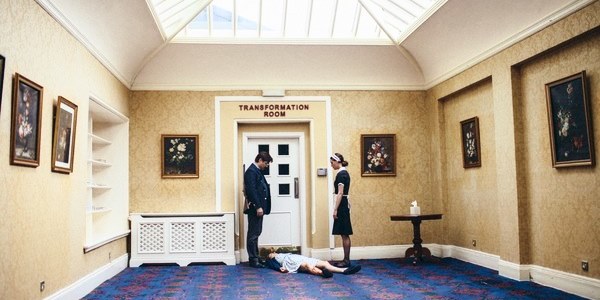 The Maid in The Lobster: Who is she?

The Maid is actually part of The Resistance, a loner. We don’t know it at this point as it’s disclosed later on. Just as David is being taken to the authorities, the Maid helps David distract the Heartless Woman, and he takes her out with a tranquilizer dart. The Maid asks David to fire one at her as well to ensure her cover is not blown.

The Lobster: What does David turn the Heartless Woman into?

The popular thought is that he turns the woman into a Rabbit. Now, remember, the woman has no emotions and has been an ace hunter of the Loners. Turning her into a harmless little rabbit would make the hunter become the hunted, her worst fear. The other angle to this is that David kills the Heartless Woman and disposes of her. He perhaps kicked her till she died slowly and painfully. 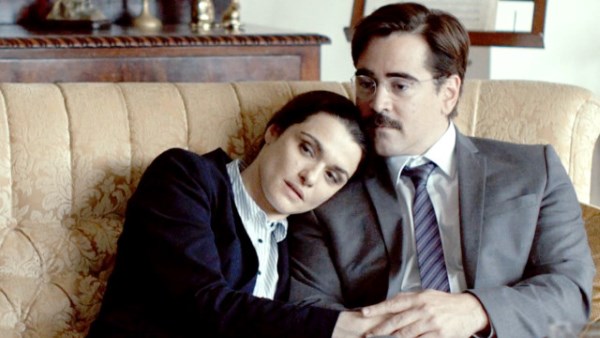 David joins the Loners but falls in love

David begins his new life in the other extremity as a Loner. He meets a Shortsighted Woman who he instantly takes a liking to. A common eye-sight trait immediately (sadly) confirms the love in his heart for her. They begin to date secretively. He hunts and cooks rabbits for her. She saves David from Robert, who is out on a regular hunt hoping to extend his days as a human.

Along with the Leader of the Loners, Shortsighted Woman and David head to the city to practice blending in, this is part of a regular exercise. Using fake IDs, they evade cops who are looking to arrest singles. After a trip to the Loner Leader’s home, they return to the forest.

The Resistance takes down the Hotel

The Loners break into the Hotel and grab the hotel manager and his wife. After the manager pledges his profound love for his wife, they place a gun in his hand. They tell him he can keep his life if he takes his wife’s. He doesn’t bat an eyelid and shoots at his wife, only to realize the gun was empty. The Loners pride themselves on proving that all relationships can only be hollow. David goes to the yacht and tells the Nosebleed Woman that John is faking it. He hopes for them to be truthful with each other. 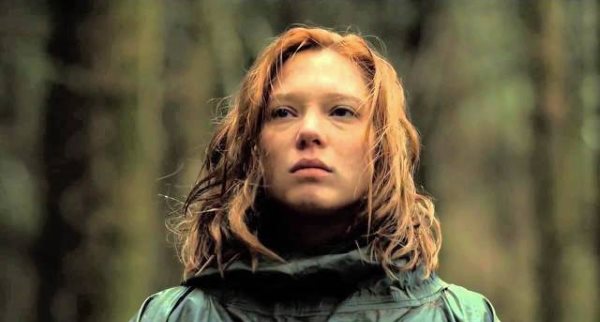 In further trial trips to the city, David and the Shortsighted Woman give away their affection for one another to the Loner Leader. The duo plan on running away into the city, but…

They blind the Shortsighted Woman

Leader of the Loners catches on to David’s plan and preemptively removes the commonality by making the Shortsighted Woman blind. The Loner Leader pretends to die by using the Maid as a human shield. Shortsighted Woman tells David that she’s now blind, and they desperately look for another common aspect. David is seen doing the right thing by reacting to love than a construct of similarity and proceeds to escape the camp. The Loner Leader believes that she’s ended the love matter by removing the similarity. She lets her guard down, and David attacks and leaves her for the dogs to eat.

Once David and the Shortsighted Woman get to the city, David falls prey to the self-imposed construct of physical similarity and takes a steak knife to the restroom. In front of a mirror, he contemplates if he should blind himself or not. The real victory would happen only if David realizes that physical similarity means nothing. But he’s far from that thought. David is much too caught up in creating another superficial connection that he is not really considering the idea of true love… yet. The irony, however, is that he genuinely loves her. But to fit into society (in the city), he either needs to be blind for real or act like he is.

Does David blind himself?

Just like he “told” on John, I’d imagine David realizing that artificially constructing a mere physical similarity means zilch. I’d like to think that he gets his act together and explains to the Shortsighted Woman that his love for her is not superficial. And he will pretend to be blind to ensure they can live together in the city. At least this way, one of them can be a helping hand to the other.