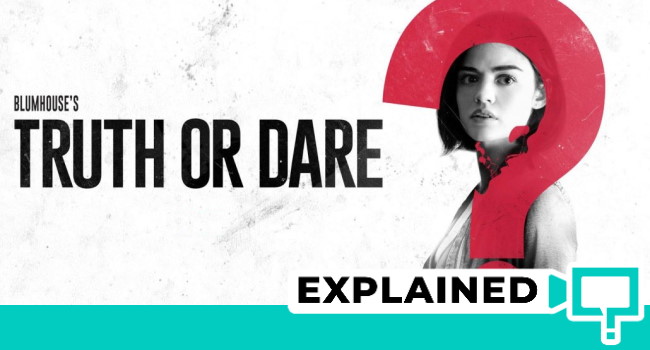 This film is Produced by Blumhouse Productions which has brought us many awesome horror flicks. Truth Or Dare is directed by Jeff Wadlow and most definitely doesn’t come into the category of awesome. It’s an interesting concept about a group of college students who get entangled in a game of Truth or Dare which never ends. However, the execution and plot were weak. But since we are here only to explain out the plot, let’s get to that. Here’s the film Truth Or Dare explained, spoilers ahead.

In short, the film tells us what will happen if the fate of the entire planet was left in the hands of douchebags.

The group of friends:

Markie Cameron (Violett Beane): Olivia’s best friend
Lucas Moreno (Tyler Posey): Markie’s boyfriend and an integral part of an irrelevant love triangle between Olivia and Markie
Brad Chang (Hayden Szeto): The gay dude who’s not told his dad yet
Tyson Curran (Nolan Gerard Funk): A medical student who gives out fake prescriptions
Penelope Amari (Sophia Ali): Tyson’s girlfriend
Ronnie (Sam Lerner): A guy whom the ‘group of friends’ thinks is a douchebag
Sam (Landon Liboiron): Goes by the fake name of Carter and is the one who releases the demon by mistake. He’s a survivor from the previous group who play the game
Giselle Hammond (Aurora Perrineau): A survivor from the previous group

Why is the game possessed?

Okay, so apparently this demon, Calax, can possess people and ‘ideas’. A long time back there was a church, and it had a pastor who was molesting the nuns. One of the sisters decided to teach him a lesson and summoned Calax by cutting her tongue out and sealing it in a small urn. The pastor gets his demonic spanking, and over time, the church is abandoned. Calax stayed contained because of this urn. Decades later, Sam, Giselle, and a group of friends decide to hang out in the church and knock stuff around. Once such item Sam ends up breaking is the urn. Calax is free. Unknowingly, the group plays a harmless Truth or Dare game, and Calax possesses it. The way they play is by enforcing a Dare to follow after two Truths. All of the friends die but for Sam and Giselle.

What is Olivia’s big secret?

One day, Olivia happens to go to Markie’s place and runs into her father. Initially, they have a chilled out conversation and a couple of drinks. He eventually kisses Olivia who stops him and asks him to go die. He does just that and shoots himself. Olivia never gets a chance to tell Markie that she might have been the reason for the dad’s suicide. Years pass, they stay BFFs.

To celebrate their last year in college, they go off to Mexico. Sam is hanging in Mexico as Carter looking to lure a group to that church to transfer the game to them. Little does he know that it doesn’t work that way. The game is not transferable, it is only more inclusive. Sam wins Olivia’s trust with a drink and conversation and gets her to convince the group to go to the church and play Truth or Dare, and they do.

Olivia is then greeted by Calax with her entire group chanting Truth or Dare. She thinks she’s just seeing visions and brushes it off. The head back. But the game continues. What we aren’t shown is that the turn goes back to the survivors’ of the previous group. They are not free.

Olivia gets forced to pick in the library, and she chooses Truth. She blurts out that Markie always cheats on Lucas. Markie is right there and storms out.

Ronnie is next, he picks dare and is asked to show his wiener to everyone. He doesn’t, Calax possesses him and makes him trip and break his neck. 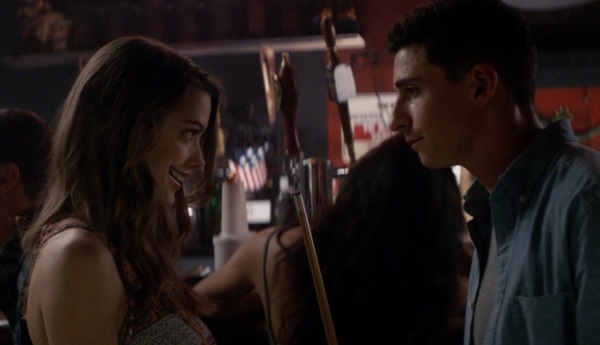 Lucas gets off easy with a simple truth question.

Markie happens to pick dare and is asked to break Olivia’s hand. Olivia obliges and allows her hand to be hammer-timed by Markie.

Brad picks truth, and he is asked to tell the truth about him being gay to his father.

Tyson gets asked in his job interview, he picks truth. He is asked to admit about the fake prescriptions. He doesn’t. Calax takes over, and he dies by stabbing his own eye with a pen. After this, the remaining friends believe Olivia.

Penelope is asked by her reflection. She tries to pick truth but is forced to choose dare because two people have selected truth already. Her dare is to walk drunk on the roof. She does, and is saved by the rest of them with a bed.

We aren’t shown this, but Giselle gets her turn and is asked to kill Olivia. The group reaches out to Giselle to find out more about Carter. When they meet Giselle, she tells them about the 2 truths and a dare rule. She attempts to shoot Olivia, Penelope intervenes and dies. Because Giselle doesn’t complete her dare, Calax takes over, and she kills herself. 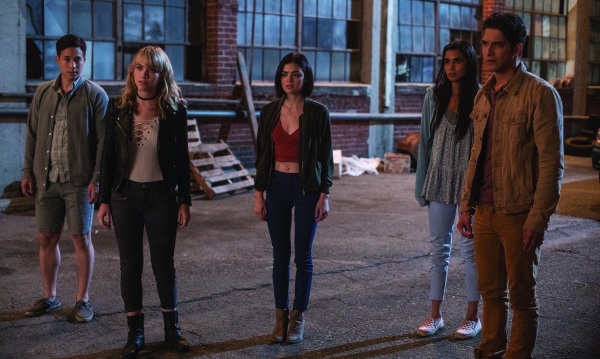 Olivia gets asked by some poor stranger at their home, she picks dare and is asked to sleep with Lucas. Olivia doesn’t want to pick truth because she doesn’t want to tell Markie her dark secret. Markie leaves. Lucas and Olivia sleep with each other, quite enjoyably.

Then Lucas gets asked, he picks truth and tells Olivia that he enjoys bedding her but is in love with Markie. Olivia is mildly upset. Apparently, Calax loves messing around with love triangles. They read up about the church and find out about the dead pastor and the one nun who is still alive.

Markie gets asked next (by her dead dad), and she picks truth. She’s asked why she keeps the gun that her dad killed himself with. She says she thinks about using it sometimes.

Olivia and Lucas meet the old nun and find out about the urn and tongue. And that the guy who broke the urn needs to donate his tongue to a shiny new pot to trap Calax.

Brad is asked next, he picks dare. He’s forced to ask his father to beg for his life. He holds a gun to his dad and gets shot by a fellow police officer.

Olivia is next. She picks dare and is dared to tell Markie what she fears most. Olivia tells the story of Markie’s fathers death. Markie is devastated and leaves. Olivia finds out that Carter is actually Sam and they track him down. They take him to the church for the tongue ritual. They make Sam say the spell. 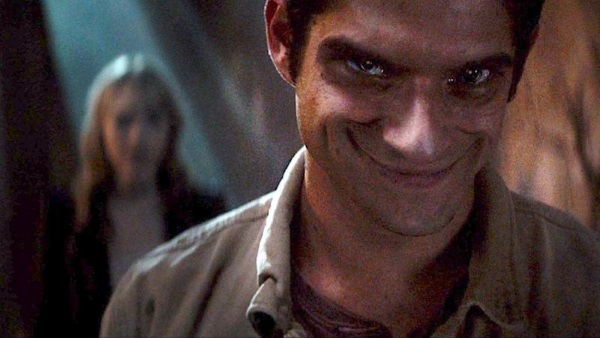 Lucas is asked next. He picks dare and is asked to kill one of Olivia or Markie. Lucas walks away and is possessed by Calax for not completing the dare. Olivia begs Sam to cut his tongue, and he agrees. Lucas (Calax) pulls the knife out of Sam’s hand and kills him a then slits his own throat. Both Sam and Lucas die.

Only Olivia and Markie, the BFFs, are left alive. She asks Markie to pick dare in her turn and not do it. Markie chooses dare and is asked to shoot Olivia. She doesn’t. Calax possesses Markie and just as she’s about to kill herself, Olivia interferes and is shot in the hand. The dare is complete. Olivia asks Calax (Markie) to pick Truth or Dare. Calex is played in his own game, he chooses truth. Olivia asks Calax to state how to end the game. Calax explains that the one person who could have stopped it was Sam, and he’s dead. Now the remaining (Olivia and Markie) must die.

Saving humanity … or not.

We now know that Olivia will do the right thing and ensure the two of them die to save the rest of humanity. The weak link is that only the audience knows this, not Olivia. Olivia, instead, decides to make a sweet little video and live-stream it on her channel. She exposes every follower of hers to the game and magnanimously explains the rules. Olivia and Markie leave. This doesn’t mean they are off the hook. But since the game will be forced on to anyone who sees the video, they’ve bought themselves a lot of time before the turn gets back to them. There you have it, the end of the world triggered by a friendly neighbourhood douchebag.