The Half Of It: Main Theme

It’s rare to find a romantic comedy that can create an impact that has never been felt before. The reason being most rom-coms revolve around the same old stories of finding love and happy endings. Not many movies in the rom-com genre send out a message that it is important to love and explore our lives first before deciding to spend it with someone else. Alice Wu’s second feature film The Half of It is a movie on Netflix that offers the unexplored taste of the romantic comedies. Sliding the curtains of an authentic rom-com, The Half of It is a journey of friendship and identity more than love. The central idea is to love someone, you must love yourself enough. To find a better half, you need to nourish the half you hold within you. And in this, friendship and opening your heart to someone plays a big role. Let us dive deep into the understanding the film.

The Half Of It: About The film

The Half of It is a 2020 coming-of-age romantic comedy film on Netflix. Written and directed by Alice Wu, the movie casts Leah Lewis, Daniel Diemer, Alexxis Lemire, Collin Chou, Enrique Murciano, Wolfgang Novogratz, and Catherin Curtin. The feature film received The Founders Award for The Best Narrative Feature at the Tribecca Film Festival of this year.

The Half Of It: Plot

The protagonist Ellie Chu (Leah Lewis) is a very smart high school student but is not very social. Ellie only interacts with peers who pay her to complete their homework. However, when Ellie received an unusual request from football player Paul (Daniel Diemer), the situation changed. Paul didn’t want her to write a school essay for him; he wanted her to write to Aster (Alexxis Lemire), the one he secretly admires. Ellie insisted that it was a one-off event, but before she knew it, she became fully involved in the relationship and grew up with Paul very closely. She started waiting for the letters from Aster so that she can revert again. Aster, on the other hand, was involved with another boy but was still reverting to Paul’s letters- a situation that we often fall into in our real lives as well. Sometimes we let our partners control our lives so much that we forget who we are. And sometimes, we meet someone who makes us realize that we can still break the cage and fly again.

Ellie has to fight the unfortunate bullying at school but she still has confidence in herself. She knew which lane she was in, and chose to stay in the lane diligently and act accordingly without any deviation. It wasn’t until she was accidentally exposed to other possibilities through the friendship, she met with Paul that she slowly began to open up and embrace things that were previously rejected. The friendship between Ellie and Paul grows with time so is the case with the friendship Ellie shares with Aster’s letters.

The Half of It doesn’t take you to the lane of surprises. It connects with you and the slow transitions in the film give you time to gulp every moment slowly.

There are some predictable moments in the film when friendship is wronged for love and vice versa but The Half of It is still a film far beyond the rom-coms we see now and then. 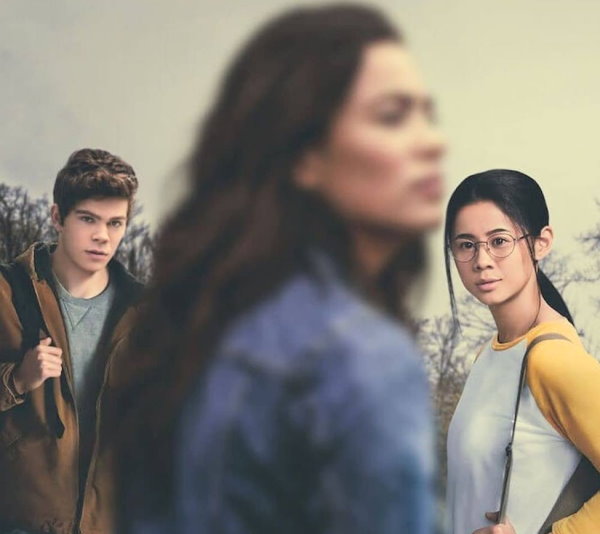 The Half Of It: The message behind the movie

The message behind the movie is simple and depicted. You can’t find peace in a relationship before developing a true relationship with yourself. Other things in the film like finding a confidante in a stranger but not in your partner are the ideas we often come across in real life. But the acceptance of oneself before giving your all in a relationship is something that the film has tried to convey beautifully. There is an angle of LGBTQ as well in the movie. The more you communicate with others about your feelings, the more you identify about yourself as well. The film says that having a friend or someone to open your heart to, is a blessing that helps a person grow. The Half of It deals with identity issues, the foundation of friendship, confusion of love and friendship, and a lot more what a rom-com usually talks about!

The Half Of It: Why I loved the movie

I have watched tons of rom-coms in a lifetime, but this 2020 feature film had a deep impact on my heart. Like many, I have also experienced love and friendship. Confusing love with friendship or friendship with love was something that I did during my college days. As I grew older, I realized the fact that if I can’t let go of my insecurities and love myself enough then there are chances that no one would be able to love me as much my heart needs. The Half of It deals with a similar idea. Like Ellie, I am an introvert as well and talk to paper and pen more than people but I have a bunch of close friends who know me inside out. Further, I find time for myself to give a thought to the developments in my life. This has helped in the ways that I cannot explain. This has made me realize that even if I never find a better half, I must know the half I hold within me. Many reviewers have said multiple things about The Half of It including that it is more about friendship than the love which I agree with, but I believe the film is even more about loving oneself. It is a 2020 film on Netflix that one must watch. It is much more than the explanation above. It will touch your heart and take you to the journey of self-realization and will resonate with the lessons of the year 2020 (the year of the pandemic)