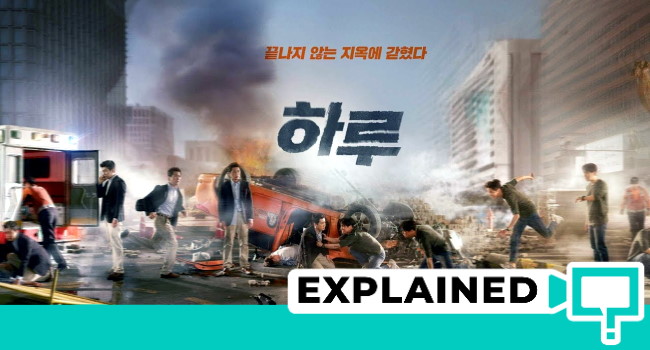 A Day (or Ha-roo) is a 2017 Korean thriller directed by Cho Sun-ho that features time-looping. The film is centred on a doctor who is trapped in a time loop trying to save his daughter’s life. As the loops progress, he begins to understand the complexity and reason behind them and how it connects to his own dark past. The cast of A Day sees Myung-Min Kim, Yo-Han Byun and Jae-myung Yoo in the leading roles. I thought the film did an excellent job with presenting the loops and how the characters were connected, do give it a watch. This is Barry, welcome to my site, and here’s the plot summary and ending of the Korean film A Day explained, spoilers ahead.

A Day: What happened 3 years ago?

Three years ago, Kang-sik’s son, Ha-roo, died. On a rainy night, Min-chul is hurrying to the location of an accident. The unclear radio has him distracted and veers on to the opposite late by mistake. This causes Min-chul to lose control of his car and crash. Min-chul initially comes to see what has happened, but in fear, he leaves the scene. Some amount of time elapses before Min-chul realizes that he’s doing wrong and returns to the car to take Kang-sik and his son to the hospital. In that time, Kang-sik goes unconscious, and his son becomes brain dead. This hospital is where Jun-young works and is desperate to save his daughter, who has no donor for her dying heart. Not wanting to lose his daughter, Jun-young decides that he’s going to use the heart of the brain dead child to save his own. He sneaks a consent from the unconscious Kang-sik to go ahead with the operation. Kang-sik wakes up to the horrible truth about his dead son, and ever since, prepares to take revenge on both Jun-young and Min-chul.

Well, I do not think that consent for ending the life of a child while the only parent is unconscious is such a simple thing. You’ll need suspension of disbelief to get past this point in the film.

A Day: What is the reason behind the time loops?

3 people are reliving a portion of the day over and over again. They are:

The loop begins when the Kang-sik decides he’s going to murder Min-chul’s wife and the Jun-young’s daughter. The loop resets every time Kang-sik dies.

The reason behind the time loops is that Ha-roo’s heart is inside Eun-jung. His spirit is still alive because of this. In the end, Eun-jung states how she mysteriously developed a love for chocolate, which she never had, right after the operation. Ha-roo was a chocolate lover, but Eun-jung didn’t like them. Ha-roo does not want his father to become a murder. When Kang-sik decides to kill Min-chul’s wife and Jun-young’s daughter in the morning, the start of the loop gets established. Ha-roo doesn’t want his father to die either. When Kang-sik dies from the accident, the loop resets. Ha-roo is repeatedly giving his father the chance to have a change of heart. 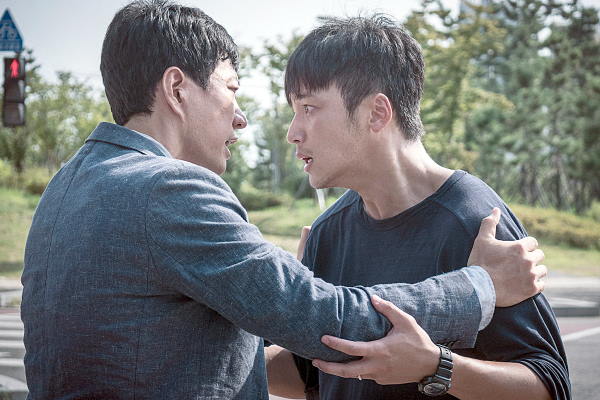 Initial loops and their outcomes

The first bunch of loops is used to establish that Jun-young is arriving from his trip to the UN. It’s his daughter’s birthday, and he’s running late for their meeting. No matter what Jun-young tries, he is only able to get to the accident spot to watch his daughter die over and over again. After a few loops, we are introduced to Min-chul, who has also been looping, unable to save his wife. Min-chul notices that Jun-young is the only one who appears to be doing different actions in each of the loops, and confronts him asking him if he knows why the two of them are trapped in the way they are. They begin collaborating to understand how to break out of their living nightmare and save their family.

The loop with the location changed to the park

Eventually, Jun-young manages to use the press conference to tell his daughter that their meeting point is now the park. All this while Jun-young assumes that his daughter’s death is an accident. Min-chul under the pretext of a hit and run produces the registration of the taxi at a police station. 12 noon comes and goes, there is no accident. Min-chul speaks to Jun-young, and the two of them believe they have saved the day. Jun-young reaches the park looking for his daughter and gets a call from Kang-sik saying he’s going to kill Eun-jung in the park. He does just that. It’s surprising how Kang-sik knew the exact location of Eun-jung in that gigantic park.

The loop that reveals the purpose of the taxi driver

Realizing that this is no accident and that Kang-sik was committing murder. Min-chul enters the police station and knocks out the cop to check the records on that taxi. He learns that this is the same person who got thrown off the road because of him 3 years ago. In the following loop, Min-chul gives the taxi driver’s name to Jun-young, who breaks into Kang-sik’s home to realize that he has been avenging his son’s death.

The loop where the doctor confronts the taxi driver

In this loop, Jun-young gets to the accident scene and carries the dying Kang-sik to the hospital to inject him with adrenaline and apologize to him. Kang-sik doesn’t care for an apology. All he knows is that he lost his son, and Jun-young is responsible for it. He wants to make Jun-young’s life an existential nightmare by killing his daughter over and over again. Not just that, the reason they got into the accident was Min-chul and had he been quicker, Ha-roo may have not gone brain dead. Knowing Min-chul’s wife is pregnant, he’s technically killing her along with Min-chul’s unborn child. A child for a child in each man’s case. Jun-young also understands that Kang-sik’s death is what resets the loop. Since Kang-sik dies a little while after (because of the adrenaline), the loop reset is delayed too.

Knowing that the Kang-sik is going to kill his wife, Min-chul reaches the hospital and attacks him in the cab. The two of them have a bloody brawl, but Kang-sik drives away. This creates a slight delay in Kang-sik reaching that spot of the accident. The taxi now needs to get to the opposite lane to strike Eun-jung. Jun-young, however, manages to intercept and take down the cab, saving his daughter. After this, he rushes to save Kang-sik, who asks him why he bothers. Jun-young says that the loop will reset if he dies and that his son doesn’t want him to die. Just as Jun-young manages to pull Kang-sik out of the car, Min-chul comes crashing into the taxi. 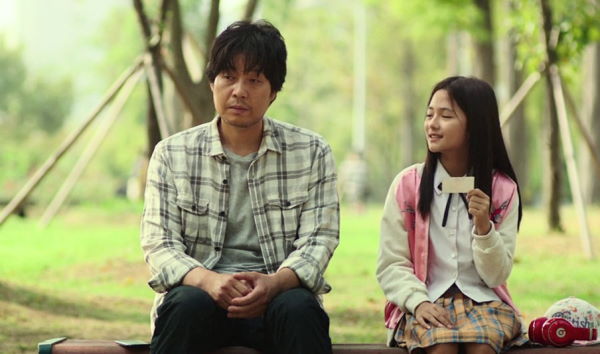 Jun-young explains to Kang-sik that his son’s heart lives inside Eun-jung. His son does not wish for his father to die a criminal. Kang-sik crawls over to Eun-jung and embraces her, hearing the heart of his son beating inside her. He finally decides to let go of his quest for vengeance. A petrol leak causes an explosion, the loop resets one last time. The ending of the film A Day shows us that Kang-sik meets Eun-jung and has a few pleasant words with her and sends out a comforting photo to Jun-young. He then sends an apology message to Min-chul who accepts it. Min-chul embraces his wife and decides to name their daughter Ha-roo. Jun-young uses the press conference to announce that he once ended the life of a brain dead boy illegally to save his daughter.