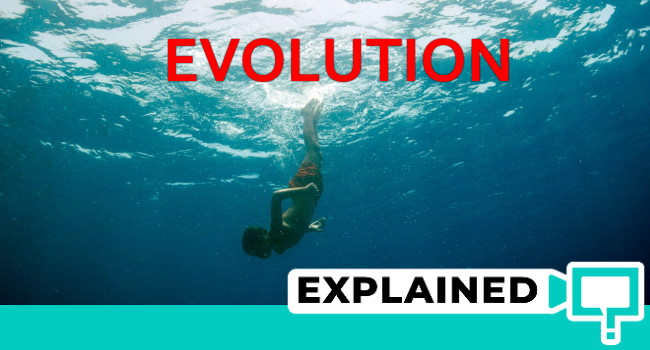 Evolution is a French film directed by Lucile Hadžihalilovic which is supposed to fit into the horror-thriller genre. Well, it doesn’t really instill any element of fear for the viewer as such, so don’t expect any spine-chilling horror moments. It’s a story told through very few dialogues, so you need to be prepared to endure this film. The plot revolves around a bunch of male kids who live by the seaside in a small town. All adults are only women. As the Evolution progresses, we are told why this is. Here’s the movie Evolution explained, spoilers ahead.

Sea Stars in the movie Evolution

Let’s first talk about Starfishes. They are technically not fishes as they have tiny tube feet to help them move. Starfishes can reproduce sexually by mating with the opposite sex of its species, or asexually where a severed limb grows into another starfish. They have an odd respiratory system which uses the sea water for circulation; in short, they can breathe under water. Some of them have suckers to cling on to surfaces. As you can see, Evolution plugs into a few of these concepts, but applied to humans.

Evolution: The Seaside Humans – What Are They?

The story is happening in a place by the sea where we see a group of humanoids living their lives. This place, as you can see, has only young boys and female adults. No young girls or male adults. As shown later in the movie Evolution, the female adults have suckers on their backs indicating that they are humanoid water-based lifeforms; they breathe under water too. The only way the adults of this species can reproduce is asexually as there are no adult men. These humanoids are a variety of only-female.

As a species, they have adapted to live on land and dress like regular humans. They even live in houses. But behind this facade, these all-female humanoids are merely trying to survive and sustain. They consume sea creatures and spend time in the waters.

The Big Question – How Are New Babies Born?

Looks like the only way to make babies is by externally creating a zygote and placing them in the bellies of young boys. The bodies of these boys seem to be able to host the fetus up until one point. After that, the fetuses need to be surgically removed and grown externally. Sometimes, if the body is able, they place the boys in a tank where the fetus grows externally in the water while still connected to the boys.

Where Do The Boys Come From in the Evolution movie?

A straightforward theory is that young male children are stolen continuously from cities and taken to this seaside place. The boys grow up not remembering where they came from and eventually die. The theory would explain why the humanoids hold a facade that resembles the way humans live. This would also throw light on how they get their hands on televisions and videos on cesarean operations. It appears that they go to regular human cities periodically to obtain things that they need for procreation.

The film starts with a young kid, Nicolas, finding a dead body at sea; someone who was drowned. Nicolas runs home to tell his “mother” this, and that there was a starfish on the belly. She’s not his real mother because he is a regular human kid who has been abducted. She’s is cooking some wormy dish, in congruence with what sea-creatures eat. She dismisses Nicolas saying that the sea can play tricks. Later she brings only the starfish and tells him that there was no body. But a while after, we are shown her holding the dead kid while the other women join to witness. On the dead body’s head, we can see something that looks like an eye, but this is not really explained. If anyone has some theory around this, please do drop in a comment below.

Nicolas is being given medication. It’s fair to assume that this is to prepare his body to host the fetus. When it is time, he’s admitted, and the zygote is injected into him. Other boys in the facility are being given the same treatment. All the boys are being lied to saying that they are sick because of changes that their bodies are going through, and that this is a treatment to cure them.

Nicolas sneaks out at night to check what the women folk are up to. They seem to be involved in some sort of an all-woman orgy. But that’s not it, obviously. The species is asexual, and correct me if I’m wrong, but they don’t seem to have vaginas! I believe that is the relevance of this scene. And also, they seem to be passing around a newborn baby which has suckers on its back. I have no clue as to what they are doing here but appears to be some sea-creature nurturing of sorts. Nicolas freaks out and runs back home where he peeks at his “mother” taking a bath and observes the suckers on her back. She sees him but does nothing.

Next day, Nicolas has a sonograph test which shows that the fetus is alive and has a heartbeat. We’re also shown that three fetuses are taken out of the belly of another boy (who has died from the procedure) and stored in a jar. Alongside this jar, there are many others with fetuses at various stages. This shows that they can develop externally and don’t need to be inside a body. They lie to the other kids saying the boy was cured and leave a sea shell claiming that he’s given it.

One of the humanoids, Stella, sympathizes with Nicolas and tries to make conversations with him. Nicolas keeps a small book of drawings, of things he has seen – the dead kid, starfishes, a bicycle, a car, a building, a giraffe. He later draws a ferrous wheel, and finally a woman with orange hair. If you observe, other than the starfish and the dead kid, the seaside has none of the other items he’s drawn. Stella has a look at this book earlier too, she knows why he’s drawing these things that he’s not seen on the seaside. Nicolas remembers them from the city before he was abducted. And as an extension to that, one can only assume that the woman with the orange hair is his “actual mother” that he’s faintly remembering.

Later Nicolas’ “mother” finds his book and the drawings that he’s been making. He tries to take it back and in the process screams out that she is not his mother. They sedate him and take away his drawing book. The other kids manage to tear out the page with the drawing of the woman with orange hair. One of the other kids mentions that his mother is not actually his mother either. Looks like many of the kids slowly begin to realize that they don’t belong but they end up getting killed before they can do anything about it. We’re shown a glimpse of the humanoids watching a video of a cesarian operation. This is how they have been figuring how to cut the abdomens without hurting the fetuses.

Stella has taken a liking to Nicolas and wants to save him. She shows him a file which has pictures of small girls with fish like suckers on their backs. These are the fetuses that are fully grown. Observe how they are all only girls. Stella takes Nicolas to the sea. I don’t believe she’s trying to drown him here. I think Stella’s trying to understand how long he can stay underwater if she needs to take him out to the deep sea. Stella pulls him back up and performs CPR on him and revives him.

The other kids also realize that something is growing inside them. One of them gets Nicolas to press hard against his stomach and thereby kills the fetus and in turn damages his internals badly. Nicolas runs away in fear and strays into a room that has a kid in a tank. This seems to be an incubation unit for the fetus to grow while still connected to its host. The host doesn’t die in this procedure, but the fetus grows on the outside. Bizarre, yes. Soon they operate on Nicolas, and he too finds himself in an incubation tank. When he comes to, he sees a pair of fetuses growing out of him rapidly. Remember, the humanoid water-based lifeforms don’t need to be inside a womb to grow. They grow in size pretty quickly too.

Why Does Nicolas Not Die in the movie Evolution?

Well, it appears that they usually get the cesarean cut wrong and end up killing the host kid. Sometimes, they are able to cut just right and transfer the host into the incubation tank. Once inside, the fetuses grow pretty quick, and the host stays alive… perhaps to be implanted with another zygote afterward.

Stella sneaks Nicolas out and takes him to the shore. They both jump into the water. Stella can clearly breathe underwater. She is able to blow air into Nicolas’s mouth and begins to swim taking him into deep waters. Eventually, they reach a boat. This appears to be the way they travel and enter into human cities to abduct kids. Stella puts Nicolas inside the boat, ensures he’s doing okay, jumps back into the water, and heads back to her home. She seems to genuinely love Nicolas and saves him. As it becomes night, Nicolas sees that he’s approaching the shore of a human city. We can assume that he is rescued and treated for his wounds. He may or may not unite with his original parents, but no one for sure would believe his story of the water-based humanoids with suckers. He’s just going to have to live on with the memories of Stella who saved his life.