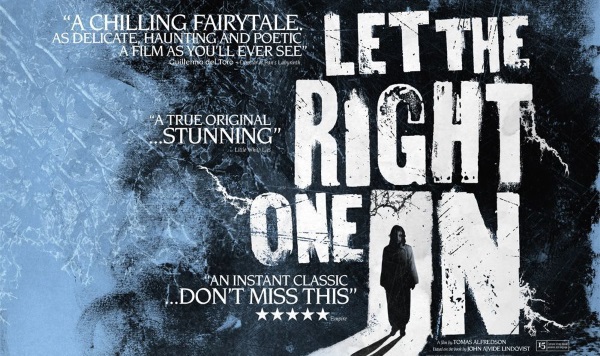 Let the Right One In or Låt den rätte komma in is a Swedish film about a young boy who’s constantly bullied at school. He is met by a young girl who happens to move into his neighbourhood. The two of them begin a friendship which grows into closer relationship. She helps him face his bullies too. But there is more to this girl. Who she is, where she is from and their relationship is the essence of the story. Here’s the explanation to the ending of the film.

The movie is quite slow. There is not much happening in the film. It’s not tough to guess who the girl is and the movie doesn’t try to keep that a secret either. The story slowly unveils itself into a climax that is predictable. While the young cast displays really sharp acting, the movie can be trying in terms of its speed and questions around “where the hell are the cops in this town?”.

Well, we are told quite clearly that Eli is a Vampire who needs to survive on blood. She doesn’t age much. Håkan, who she lives with, helps Eli with her supply of blood by killing people and draining them. In one of his attempts to get blood, he gets caught and pours acid on his own face so that Eli is not bothered by the cops. Ok, like DNA or a basic fingerprinting is not identification enough. Don’t bother asking any law related questions with this film. Someone mysteriously lights up and burns to a crisp… on her own… in a hospital.. after being attacked by a vampire-like kid… and the town just figures – “hey, shit happens”.

Eli comes to visit Håkan through his hospital window and kills him by drinking his blood. After this Eli stays alone in her house. Again, no cops come to check on this 12 year old living by herself. Who is Håkan? He is not Eli’s father. Håkan is perhaps someone like Oskar who was a young boy when he fell in love with Eli and has been with her since. Eli and Oskar love each other. Oskar is not getting a break from being bullied. Eli kills the bullies and Oskar and Eli run away. Oskar will probably grow old like Håkan while Eli stays her age and gets her regular supply of blood via Oskar. The end.