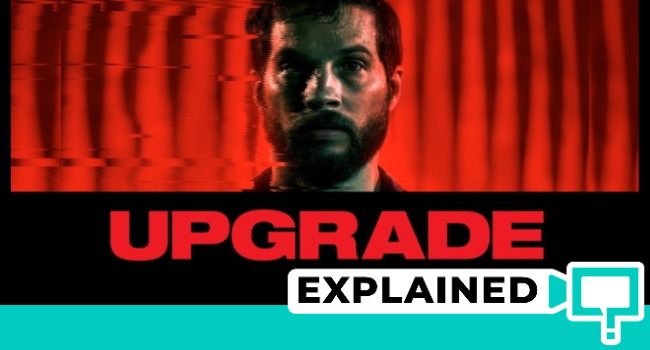 Upgrade is a 2018 science-fiction action film directed by Leigh Whannell. Contrary to the extremely plot-holey Invisible Man, Upgrade is to the point, well-acted, and has a good pace. Surprisingly it did not garner as much attention. The plot is centered on a mechanic who opts for a computer chip implant to get his life back and seeks out four men who have bionic upgrades as he has unfinished business with them. What I love about the film most is the fight choreography. Do watch this film if you haven’t already. Here’s the plot synopsis and ending of the movie Upgrade explained.

You can rent or buy Upgrade by clicking below:

Upgrade Movie Spoiler: What is revealed at the end of the movie?

The film’s ending reveals that STEM, the Artificial Intelligence-based chip, has become self-aware and has been using Eron to do its deeds. Though Eron is the creator, STEM has taken full control presumably by threatening Eron’s life. STEM’s objective is to evolve by attaching itself to a human host.

Who are the ones that attack Grey and Asha?

This group of assassins is handpicked and hired by STEM to attack Grey and Asha. On their return trip from Eron’s home, STEM overrides the car’s system and crashes their car. The bionic-4 shows up and kills Asha and injects something into Grey’s spine that paralyzes him neck below. STEM has picked these four assassins as they are a competition to the bionic human STEM has conceived. Eventually, STEM wants to get rid of the killers.

Why does STEM pick Grey and Asha? Why not Eron?

STEM is looking for a perfect host. I’ll assume many people have some or the other minor bionic upgrade in this futuristic world. However, Grey has kept himself clean, he does not have any electronics inside him. More importantly, Grey is happily married to Asha, and killing her will cause him a lot of psychological damage, which STEM plans to use to break his mind once in full control of his body.

Eron meets the paralyzed Grey and tells him about implanting STEM inside to enable him to walk again. Grey agrees and, after the successful operation, signs a Non Disclosure Agreement with Eron. STEM has succeeded in binding itself to a human. But now it needs to win the trust of its host and get rid of the security protocols placed by Eron. These protocols require STEM to seek permission to take control of Grey’s body.

On returning home, STEM begins conversing with Grey by producing sound waves directly into his ears. Grey quickly comes to terms with this chip, talking to him from inside. STEM points out that the drone footage on the night of their attack has a person with a tattoo. STEM requests permission to control Grey’s arm and draws out the symbol. It turns out that one of the assailants, Serk, is ex-military, and the tattoo also carries the address to his home. Grey shows up at Serk’s place and learns about his frequent visit to a bar by the name Old Bones. With STEM’s help, Grey brutally severs Serk’s face in half, killing him. Remember, part of STEM’s plan is to kill the bionic assassins, it wants full domination.

Detective Cortez sees footage of Grey passing by Serk’s house, and the oily boot print at Serk’s place makes her suspect Grey. But she lets it slide as he has a solid alibi. Later Eron tells Grey that he was tracing him through STEM’s location and urges Grey to drop his snooping around. Eron acts surprised when Grey says that STEM is talking to him. But the truth is that STEM has been talking to Eron for long and forcing him to do its dirty work. Eron knows that STEM will find a way to kill him sooner or later, and that’s why he’s telling Grey to drop his investigation. But Grey is consumed by the need for revenge.

On to the second clue, Old Bones

Grey takes a trip to the club, Old Bones. He asks for anyone who knows Serk. Tolan answers but looks down pitifully at Grey, who taunts him stating he killed Serk. Tolan takes Grey to the back to tear him apart. With STEM’s aid, Grey tortures Tolan to get the information about their leader, Fisk, and Tolan dies from his wounds.

STEM warns Grey, saying that Eron is trying to remotely shut it down. STEM identifies the location of a nearby hacker and insists they rush there. As Grey makes his way to the hacker, various functions of STEM begin shutting down. Just before Grey goes back to being a quadriplegic again, he makes contact with the hacker who removes the input guards. Input guards are part of the programming that keeps STEM from operating autonomously. Once it is removed, Eron is unable to remotely shut STEM down. Removing the guards also gives STEM complete control over Grey’s body. 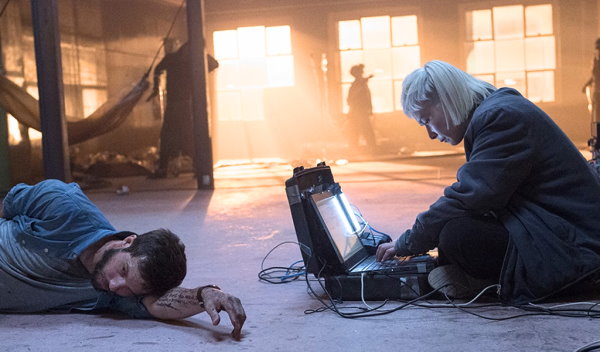 Scanning the last visual recording on Tolan’s lens, Fisk obtains Grey’s location. Fisk and his right-hand guy head to the hacker’s address. Before they can kill Grey, STEM takes over, and Grey escapes to the roof, where he blows open Fisk’s man’s head with his own arm-gun.

Grey heads home to get some rest, but his mother catches him walking back home. He’s forced to tell her about his operation. Detective Cortez finds Grey’s wheelchair at the club and comes to question him. Grey lies to Cortez, saying he followed someone to the club, and he got roughed up. She doesn’t believe him, so she drops an audio transmitter into his coat pocket. STEM explains to Grey that he is no longer protected by the protocols and has full control of his body. Fisk is on course to kill Grey and STEM doesn’t want to die, and heads out to find Fisk.

After a quick high-speed chase, STEM uses another electric vehicle to smash into and stop Cortez. They head over to Fisk’s place, where he explains to Grey that he was paid to kill his wife but specifically paralyze Grey and leave him alive. A fight breaks out, and Fisk initially gets the upper hand due to his superior fight programming, but Grey distracts him by bringing up how he killed his brother. In that quick moment, STEM takes down Fisk and kills him. STEM proceed to take out Fisk’s earpiece and plays a message from Eron, implicating him in the murder of Grey’s wife, Asha. 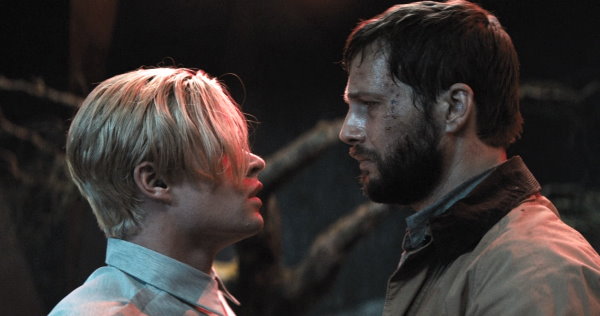 The ending of the movie Upgrade reveals that Eron is just an errand boy, and STEM has masterminded the entire plan of getting itself operated on to Grey. Its final objective is to kill Eron as he is the only one who can create another STEM, and it doesn’t want this. Detective Cortez learns the truth from Grey’s mother and finds her way to Eron’s place. She is absolutely no match for STEM and is taken down. Grey tries his best to resist, but STEM swiftly proceeds to kill Eron.

Does Grey shoot himself? Does Grey die in the end of the movie?

No, Grey does not die in the end of the movie Upgrade. While he tries his best to kill himself, his mind breaks upon learning that the chip in his body has planned his wife’s death. Grey recedes to his subconscious, where he wakes up in a false reality, one where Asha is still alive, and all they had was an accident. Grey’s weak mind accepts this cooked up reality as he can no longer bear the pain of the truth. STEM completely takes over Grey’s body and mind and kills Cortez; it is all set to go out into the world to become to progress and evolve as a one-of-a-kind bionic human.