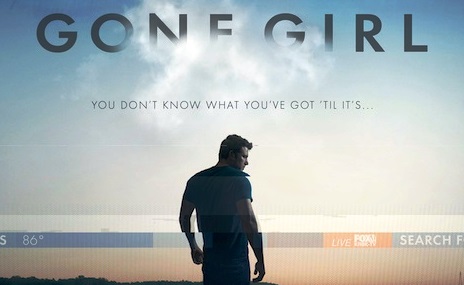 The Oscar nominee for Best Actress is what Rosamund Pike (of the James Bond fame) earned for this role of hers. When I saw the movie, I was really impressed with the acting. But, when it came to the story line, there were gaping holes. The gaping holes were there in the novel and simply moved into the film too. David Fincher (of the Fight Club fame) brings together Ben Affleck, Rosamund Pike and Neil Patrick Harris in a story well told. Even if the movie had ended at half point, that would have been a complete story with a twist. But thankfully it wasn’t, that would have been just another execution of a standard ending-with-a-twist. Here’s the film Gone Girl’s plot-holes explained.

Let me put the events of the movie in chronological order. I always love a good non-linear story telling. However, for the sake of understanding, let’s make it a little boring. Nick and Amy are both writers, they meet and fall in love. Amy’s parents are shown to have been converting what Amy didn’t get in her life into events of success in her fictional character – Amazing Amy. In short, Amy’s a sweet candidate to have been turned into a psycho bitch early in life.

Nick and Amy fall in love, they have a sugar coated kiss and get married.

The recession hits. Both of them lose their jobs in NY. Nick’s mother is diagnosed with cancer. They move to Missouri. Nick wants a child with Amy, and Amy refuses it. He keeps a sample of his manhood in a fertility clinic to ensure his swimmers are still awesome. Amy doesn’t do her bit for this.

Eventually, Nick becomes uninterested in Amy and sleeps around with his hot student – Andie. He runs a bar called The Bar and everything he owns is on Amy’s name. Amy eventually sees Nick cheating on her with Andie at The Bar and gets mother-pissed and decides to unleash her psycho on him.

Amy plans a nice and elaborate plot to frame Nick for her apparent murder.

She finds a neighbourhood idiot pregnant woman and becomes her BFF. They hang out and she gets enough evidence in the form of pictures that Amy has a friend indeed. Amy further tricks the said idiot pregnant woman and steals her urine to send them for testing to ensure that she was pregnant on records. She creates a diary with some true content about the initial days when they fell in love. She throws in all the extra false information about how Nick becomes aggressive and is unwilling to have a baby with her. Her pregnancy records in combination to this anti-baby feeling creates a motive for Nick. Amy changes her appearance and flees, waiting for Nick to get caught and sentenced to death after which she would actually commit suicide to give the murder story a closure.

She sets up her house with the crime scene of her own assault. A little destroyed furniture, a little blood spatter. Lots of her blood on the floor, mopped up. A murder weapon in the fire place. She then leaves a trail of clues, which is part of her usual annual treasure hunt. But this time it’s to frame Nick.

After having drinks with his twin sister – Margo, Nick walks in to his house to find Amy missing –> this is how the movie begins. He calls up the cops to tell them this. Detective Rhonda and her side kick show up to do a sweep.

Investigation starts, they find the envelop named clue one. Nick then follows this clue to the second, the second place is his office. The next clue leads him to his father’s place. He gets there before the detective and hides the clues as he doesn’t like where the clues are leading. 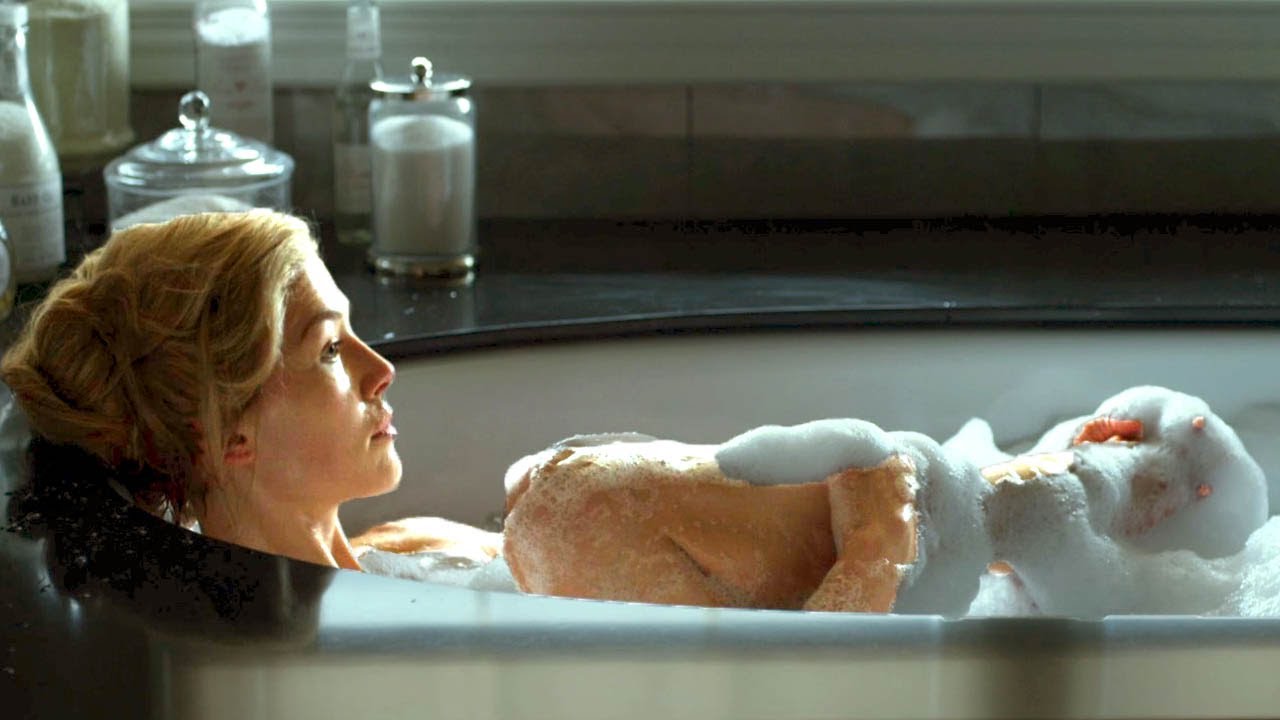 After a public event that goes bad with the idiot pregnant woman screaming out Amy was pregnant, the detective turns on Nick. There are purchases that Nick seems to have done on Amy’s credit card. Nick convinces his sister that he is innocent and moves in with her. He even finds the final clue which is the out house at Margo’s place. All the purchases done by Nick on Amy’s card is sitting in the outhouse as evidence for his plan after murdering his wife.

Sexy student Andie comes in looking for some love, and love she get in Nick’s sisters house. As Andie is leaving in the early morning, his sister catches him. Nick apologizes and heads to NY to get help from Tanner Bolt, a high fly super attorney who helps in such cases. They plan to fix Nick’s public image.

Nick meets old boyfriend of Amy who was accused of rape and was set up, confirms her psycho-abilities. Just as Nick plans to go on TV and admit that he needed to be hated for his cheating-ass self and that he loves his wife and wants her back, big tit Andie makes a public statement about her rub-a-dub relationship with Nick. Nick gives his TV statement anyways.

In the meanwhile Amy gets mugged by two of the people in the trailer park she’s staying in. She has no place to go to and turns to Desi her former boyfriend. Desi is madly in love with Amy, so mad that Amy has a restraining order on him. He meets Amy and takes her to his bootylicious uber-cool pad with automated appliances and surveillance recordings and everything. Basically, everything that doesn’t impress a psycho woman.

Amy Is At Desi’s

With Desi, Amy sees Nicks TV show program where he’s being all – I wuv you Amy, please come back to me, I don’t kill wives, etc. Amy is all – awww!

Nick’s image in the meanwhile is gets all better with the TV show cry fest act that he puts up. But the clues Amy leaves eventually catches up to Nick as the murderer. Detective Rhonda connects all the created evidence, including the outhouse full of goodies to point to Nick for the murder of his wife and arrests him. He gets pulled out on bail after by his lawyer.

Amy plans the rape attack tactic on Desi. She preps a surveillance video with her bleeding and crying lying at the door. She preps her her wrists with tie marks with a rope. When the poor soul gets back home, Amy takes Desi in to the bedroom, gets him all prepared for a humpin’ good time and slits his throat. Once dead, she leaves and reaches Nicks house covered in Desi’s blood. The media watches as she collapses in Nick’s arms.

After this, she gives a statement to the FBI and the local task force. She explains how this whole period she had been kidnapped and kept in Desi’s house. In self defense she kills Desi and escapes. She asks them to go through the surveillance tapes for proof. Detective Rhonda tries to cross question Amy, but gets shut-the-fuck-up’ed as Rhonda almost had Nick heading towards a death sentence.

Back at home Amy confesses to Nick about the murder. Nick plans to tell the world of Amy’s psycho-bitchery in front of national television. But just before the shoot, Amy discloses that she is pregnant with Nick’s kid. She snuck Nick’s swimmers from the fertility clinic and let them swim up her womanliness. Nick can’t do shit, feels responsible for the future kid and just plays a loving husband at the interview and stays with Amy. The disclose that they are expecting a baby.

Unlike the rest of the world burning up with anger, I don’t care if the villain wins for a change. However, Amy did commit a murder, any murder is questioned and looked into. FBI wouldn’t go – “Amy is Amazing Amy, have you not seen the cover of that book? That makes her innocent in real life too”.

Her story of her own murder is thought through. Her actual murder of Desi should have resulted in the FBI catching her by the collar. Had it been Dexter investigating the murder scene, Amy’d be dead before dessert.