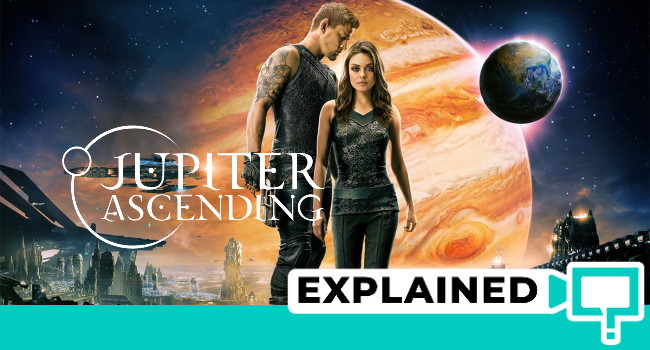 This film is brought to you by the same awesome creators who gave us The Matrix. However the same creators also gave us The Matrix Revolutions and Speed Racer. Perhaps the luck that the name “The Wachowski Brothers” brought was a little better than “The Wachowskis”. When the film came out, I headed to the theatre with a lot of hope and aspiration. I knew it was too much for the Wachowskis to get back into form like they did when they were once brothers. But I still hoped for something half as good – in spite of the fact that the lead actors are Channing Tatum and Mila Kunis and this could simply become a chick flick real quick. It is not out-right shit. No, really, it’s not. Here’s the explanation to the plot, the holes and ending of the film Jupiter Ascending.

As usual, Earth and the humans on Earth are basically reduced to nothingness, like we deserve to be. Humans, as a species, are shown to be like a gazillion years old in this movie. Earth is just one amongst the many planets that is used as a harvesting ground to seed human life. Once human life reaches a particular stage in its evolution, they simply kill all of them. Yep, kill.

A 100 humans need to be used to create one vile of the youth serum. This may not be a super brilliant plot, but it’s not half bad. This is where the “not out-right shit” part stops.

Let’s talk about the siblings

The eldest sibling, Balem, the evilest of them, sounds like Lord Voldemort who has been chewing tobacco, the same tobacco, for 23,300 years. By will, he is the rightful heir to Earth. Seems to be a nice and expensive planet.

The younger brother, is less evil and more gay, Titus. He however fancies women in zero gravity. May be it’s the zero gravity, may be it’s not, but wouldn’t it take too much time to … forget it, just remember gay. 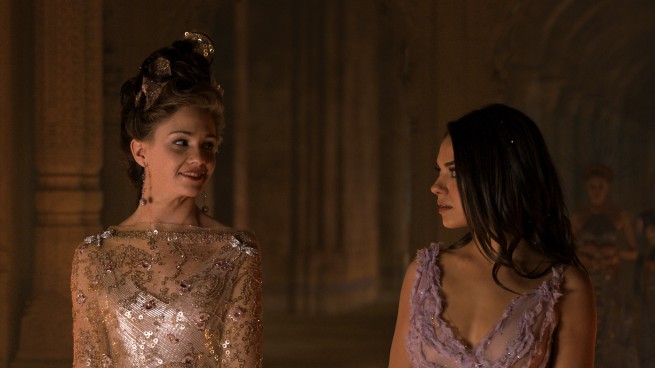 Emma Stone, sorry, Mila Kunis – she is the queen who is reborn (Of course she is simply a DNA realignment). She is another person all together. When she was young and still a half cooked embryo in her mother’s body, her father is killed because he wouldn’t part with his telescope. Apparently some Russian thieves. What kind of Russian thieves, with guns, ransack a middle class astronomer for his average-ass telescope? They had the money to get guns and are yet stealing from.. never mind. Moving on.

Mila grows up to be the adorable girl that she grows up to be in every movie she’s been in. What is the add-on? She cleans toilets in this movie with her aunt and mother. Little does she know she’s the queen of the Earth. Mila wants a telescope because she’s also some sort of a failure scientist who cleans toilets. The telescope costs a bomb so her loving cousin suggests that she should sell her “eggs” to make some money for him. See, this is what we call family love and care. She’s attacked by the minions of Balem, the cancer-throat sibling, when she’s out to hand over her eggs. Wait, before this, there is an earlier attack by the minions. The minions mistake her six-pack-abs friend to be Mila and attack her instead. Mila sees this and they wipe her memory of it. Mila, however, before getting her memory wiped, takes a photo of the minions mal-handling her friend in underwear. Underwear is the key here. The mal-handling scene has to be inspired by some Japanese Hentai movie, it must. It’s lovely how two girls just strip to their bare necessities and have an everyday conversation.

Yes, now Mila gets attacked in another Japanese Hentai inspired fashion. Now enters the hero. Channing Tatum. Channing has already shown to be awesome in an earlier opening scene. He has boots that he uses to skate around in thin air. I think this is enough for the guys. They can stop following the movie and just dream about the boots. Channing, the splice between wolf and human military, saves Mila. Explains to her what’s going on. He takes her to Sean Bean, his old friend, who hates his guts for having him lose his career to save Channing. Channing, apparently bites off some guys throat, yeah such randomness does exist in this movie. The bees of his place start praying to Mila and they all acknowledge Mila to be the queen. Yeah, even more randomness.

Right after this, Mila is kidnapped and taken to Kalique, the joker-smiled cosmic human sibling. Kalique explains further how the queen was her mother some many-thousand years ago. Kalique is also 19004 years old. Everyone is old, okay? Kalique then strips and takes her bath straight out of a beauty commercial and comes back nice, wet and hot. Just that the bath was made up of a hundred dead humans. Kalique is now much younger, continues to have the smile that would let the audience prep for a scene where she rips out Mila’s insides and eats it with her morning coffee. But Kalique is actually a good person, who enjoys a 100 dead human bath occasionally, she just warns how important Earth is in terms of the wealth of time. Earth is ripe for harvesting.

Mila has been manhandled by alien minions, saved by a half-wolf-man-with-flying-boots-with-the-history-of-biting-off-throats, prayed to by bees, kidnapped by aliens, told that she’s the queen reborn, sees an old naked woman turn firm. How would a human typically react having gone through all of this in a single day? Flip out, right? Curl up and scream, faint a couple of times, worry about your family looking for your missing ass, etc. Mila’s character, however, doesn’t give a damn about all that petty Earth stuff. What she wants is to get it on with Channing. Yeah in all of this, the fine queen wants to get down and dirty with her saviour while he refers to her as “your majesty”. Ooh yeah, you go girl – say my name! Very bondage queen of you, your majesty. Oh yeah, here’s a little puppy love for ya.

Next stop, gay sibling who Channing works for, is met. He tells Mila about how girl like he can be and that they can have a whooping good lesbian time if they got married. On the side he can save Earth from his elder screeching brother. Of course, he’s lying about the lesbian action and also about saving Earth. He wants to *muhuhahahaha* kill Mila and take Earth for himself… Dr.Evil would be so proud. He also has Channing thrown out into the void but gets rescued by the Heart Of Gold apparently, right on time.

Intergalactic marriages, which are a million years old, are apparently Earth style, Western style – “I DO” weddings, which have been popular for a few millennia. It even comes with tattoos in place of the wedding rings. Wait, weren’t humans shown to be harvested like bees for honey? Yet the intergalactic wedding is how it is done in America. Hey, also, aren’t the cosmic humans speaking in English? Oh yeah right, English (one of the last few languages to pop up on Earth, not) is the language of the million year old cosmic humans. . It is safest to assume that in this movie, Earth is made of up only USA, yay! 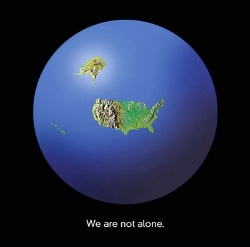 Channing, stops the wedding, saves Mila. Mila finally has had it and wants to go home. Her family is now kidnapped by the giant lizard henchmen of the sibling who has just been screaming in a rock concert, Balem. Mila is taken to Balem. Balem wants Earth. Mila wants sex. Mila can choose between her family and rest of Earth. She chooses Earth. Fight ensues, everyone is fighting everyone. Mila kisses Channing, wants to make out, but bad guys on their tail, Channing saves the day, all the bad guys are killed, good guys saved, memories of Earthlings reset. Mila continues to own Earth, whatever the heck that means. Channing gets his wings back, he could already fly with boots but hey who’s paying attention anyways yeah? They play in the skies. And. Close. 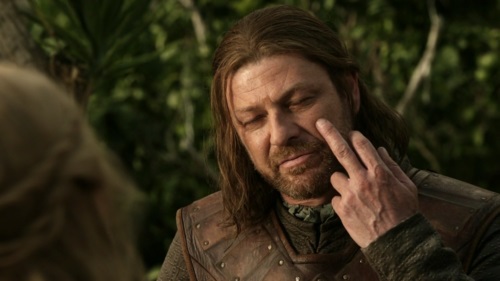