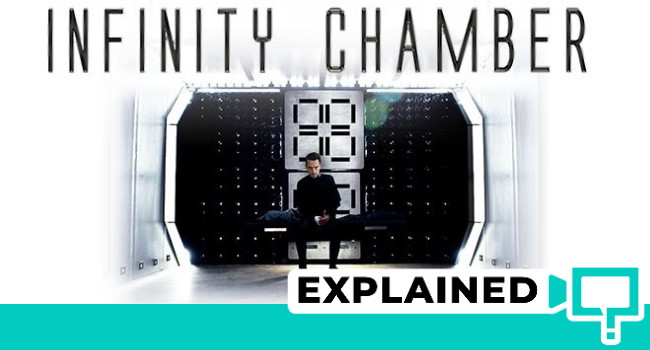 Infinity Chamber, or as it was named Somino earlier, is a complex Science-Fiction, Psychological-Thriller presented by Travis Milloy. It sees Christopher Soren Kelly and Cassandra Clark in the lead roles. The movie is apparently about a person who has been arrested and placed in a futuristic computerized prison. The plot is centered on his efforts to escape. After getting quite a few requests for this film, I made time to watch it. I now understand why the number of requests for an explanatory article. Before you read further, please watch the film. Here’s the plot analysis and the ending of the film Infinity Chamber explained, spoilers ahead.

You can rent or buy Infinity Chamber by clicking below:

Now, the reason I used the word apparently is because the film can be interpreted in a couple of different ways. Unfortunately, there is not much conclusive evidence in the film for one way or the other. In short, the story is about a Frank Lerner (Christopher) who has been arrested and wakes up in a prison controlled by what appears to be a bot – Howard. Frank wants to escape.

Before we step into what the meaning of the movie could be, let’s look at a few key points:

Let’s look at the direct implication of the plot. Frank is part of the alliance that wants to bring down the ruling group called the ISN. He has developed a virus and is looking to bring down the network with it. The virus is what is in that USB flash drive. Before he can use the virus, ISN gets to him and arrests him. Frank has hidden the drive behind a picture at the diner (this is shown at the end of the film). ISN is putting Frank through the process of memory reruns so that they can find out what he did with the drive before the officials took him in.

Frank initially acts innocent and says that he has been arrested by mistake. That there seems to have been a mix-up. Howard is merely assisting with Frank’s daily need. We don’t really know how long it is that Frank stays arrested. Over the many visits to the memory of the diner, Frank falls in love with Gabby. He tries and figures ways in which he can beat the program and escape the room. At the same time, Frank knows how to deflect his memories and not give away the location of the USB drive. 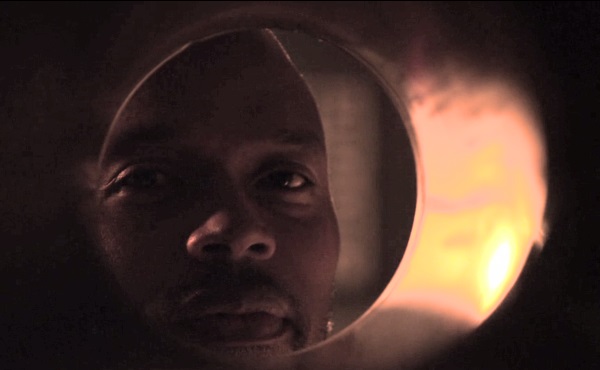 Who is Fletcher May?

Fletcher is the inmate in the nearby cell. One of the days in the cell, there is a power outage. During this time Frank and Fletcher meet through the duct connecting their cells. Fletcher announces to be one of the leaders of the alliance. He tells Frank that the alliance has crashed the network and has defeated the ISN. He feels they will soon be free. But time passes, nobody comes, Fletcher loses hope and he kills himself. Next thing we know the power is back, Howard is rebooted and all ISN systems are a go.

So who really was Fletcher? Well, ISN has been trying to use the diner memory to get a hold of the USB drive. They know that Frank is able to deflect his memories to obscure them. Because of this, they are not able to get to the location of that USB drive. The whole power down incident is not real, if it were, then things wouldn’t have been restored to normal. Prior to the powercut, Frank feels he is making progress using his memory and the relationship he’s building with Howard. Once the power comes back, Howard has been rebooted and there is no saying what happened to Fletcher. It appears that the power-cut and Fletcher were just a false memory being projected on to Frank. This false memory gives a sense of helplessness that subconsciously tells Frank that the only way out is to give away the location of the USB drive.

The First Escape: A false memory

After a variety of attempts to get help from his memories, Frank devices a plot. Over time, his memory has altered to have Gabby with him all the time, even in his home, in different clothes. While we are shown Gabby and Frank discussing, it’s just all in Frank’s head. Frank and Gabby say their byes as he plans to escape and this could be the last time he’s visiting the memory of his Gabby.

Frank has noticed that Howard shuts down periodically for 12 seconds. Frank observes this pattern. He has broken out some concrete in the bathroom to get access to a metal pipe. This time when Howard shuts down, Frank quickly puts a pillow cover over Howard. This triggers another bot that comes in to neutralize the situation. Frank shoves the metal pipe on this second bot and makes his way out through the opened duct. He makes his way out of the facility to find himself in the middle of a dessert. He wanders on foot to finally reach a store. He sees the same set of paintings in the store as he sees in the memory of the diner. Next, think he knows he is back in his cell. This entire attempt to escape has been a false memory simulated by ISN. This is another attempt to make Frank feel helpless and give up the location to the USB drive.

More time passes, the cell has no more food or liquids. Frank explains to Howard that he will die if he stays in the cell any longer. He tries to use the primary protocol (keep Frank alive) on Howard to set himself free. Finally, Frank hangs himself off Howard and begins to choke. Again, this triggers the second bot. Frank jumps over and makes his way out through the duct. He screams to Howard for help and Howard shuts the duct allowing Frank to escape. He imagines Gabby in the cell, this indicates that Frank is leaving behind that memory of her.

Before leaving, Frank talks to Howard from the outside. He shuts down Howard just like he shuts down his father’s Life Support Unit and leaves. He makes his way out of the facility just as in the First Escape. This time he exits into snowy mountains. As he wanders on foot, he finds himself at a location straight out of the picture in the diner. But just then an old man and his boy find Frank. Again, this escape, too, is not real. Observe the cap on the old man. This has 150 written on it that looks like the letters LSO. This is a false memory that has been created to get Frank to disclose the location of the USB drive.

The news reads that it has been two years for Frank in the holding cell and that the ISN was overthrown. Frank comes back to the new world as a free man. He goes back to the diner and back to the photos. He takes out the USB from behind one of the photos. After this Gabby (who says her real name is Madeline) comes by and has the usual conversations from the recurring memory. Frank is happy and throws away the USB drive, indicating that he doesn’t care for it anymore. Gabby begins to guess his name and they have a happy moment and we are shown Howard watching over.

The ending of Infinity Chamber means that Frank is still a prisoner and he has now given away the location to the USB drive. This is the information that ISN needs to preserve itself. Also, the time period that has passed is perhaps not that long. It’s not really two years, that is presented only for Frank to feel that he has exited back to the real world after the ISN was overthrown. Frank is screwed. 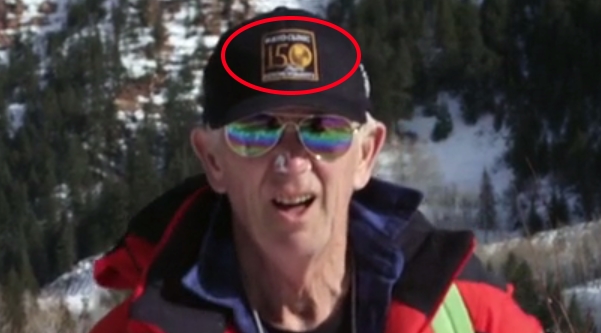 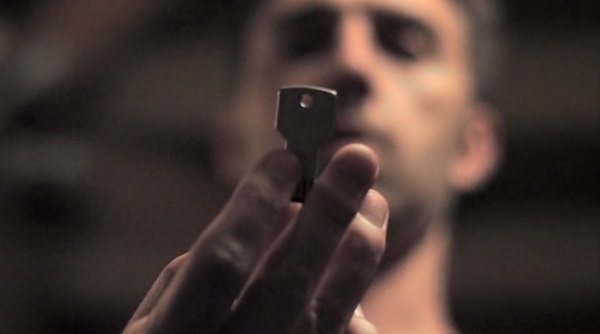 Infinity Chamber Plot Explanation – Version 2: Frank is a patient connected to an LSU

This is an alternate version of looking at the events in the film. This is the metaphorical approach. Frank is a patient who being kept alive through the means of a Life Support Unit. There is no Alliance, no ISN, no cell, no software, nothing. Frank is a dying man who has made his peace with life and would like to move on. But he can’t because he is being kept alive against his will by the Life Support Unit. For all you know, the events of the film could be the vivid dreams of Frank’s father as he stays connected to the LSU for 4 years. Either that or Frank himself eventually finds himself plugged into an LSU and is being kept alive for the sake of it. Either way, none of the events in the film are real. They are merely the daydreams of a patient who is kept from dying.

Regardless of which version you prefer, the movie ends with Frank being in a state of a daydream and finding a strange sense of happiness in that. The name of the film was originally Somnio, which translates to Daydream, gives that way.