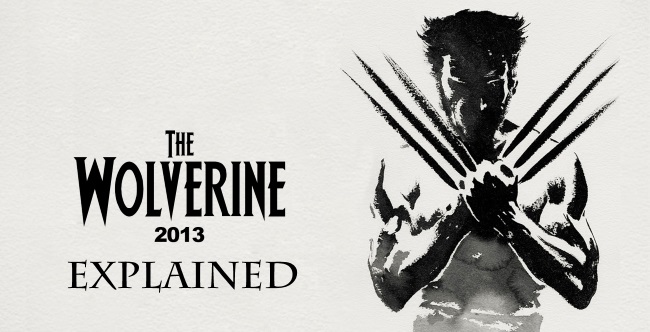 Film Wolverine 2013: After killing Jean Grey in the previous X-Men film, Wolverine reconnects with an inconsequential Japanese soldier from his past and travels to Japan where we are introduced to the worlds most boring mutants who draw up a half-witted plot to steal his powers. The rest of the film presents random action sequences leading up to an ending plot revelation so shameful that the remaining characters ensure they’re dead before it is unveiled.