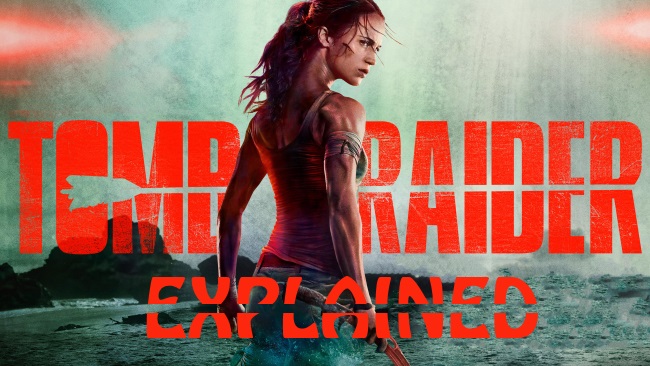 A young Lara Croft stumbles upon a video made by her presumed-to-be-dead father, ignores everything said in it, and embarks on a mystical journey to an unreachable island which is already infested with plentiful bad guys. Lara finds her dad alive but continues using her core skills of neglecting-every-single-opportunity-to-kill-the-villain, gets captured, and is forced to lead him to the tomb of an ancient queen’s disease-ridden corpse so he can make biological weapons. Most people in the goon gang die from the disease or gunshots or both while Lara’s dad dies by a combination of the plague and a bomb. Lara further ignores the in-your-face opportunities to kill the villain, faces him mano-a-mano, and finally kills him, making it back unharmed baring a few scrapes in a videogame-esque escape sequence.