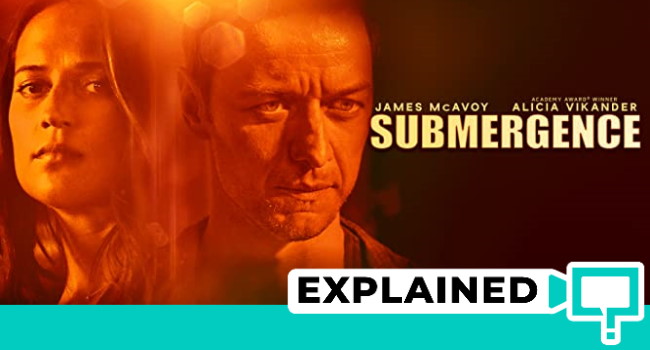 The story of a romantic encounter between a spy (James) and a scientist (Danielle), which displays reasonable chemistry between the characters, is concluded a year later with him being held hostage and her heading out on a risky deep-sea excursion. The film gives no closure to either the characters or the audience and ends with James signaling to the Americans the location of the jihadist fighters, and presumably his death-by-missile while Danielle is left wondering.