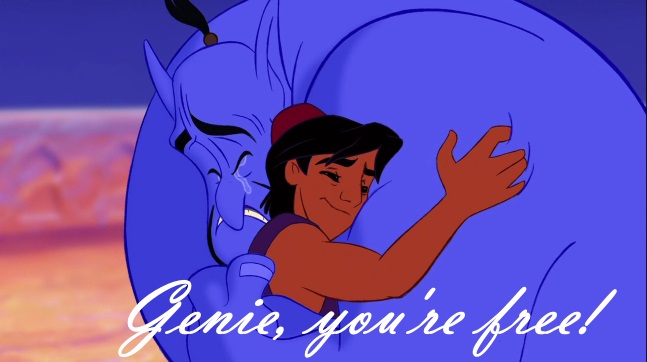 Back in 1992, Walt Disney Pictures decided to give us their version of the famous tale of Aladdin and the Magic Lamp which was one of the stories from The Book Of 1001 Arabian Nights. Ever since, Disney’s Aladdin has been one of my most favourite movie of all times. I never miss a chance to watch it. The film featured a fantastic cast and characters which included the spectacular Genie played by Robin Williams.

Unlike my usual posts, I’m not going to talk about the entire plot. On the whole, the movie is a lot of fun and the story is magical but straightforward. Over the decades (can’t believe it’s been that long), many a time, I’ve heard one question about the film. In the end, Aladdin is put into a dilemma when he has one last wish left. He needs to be a prince else he can’t be united with his love, Jasmine. However, he has earlier promised the Genie that he would set him free with his last wish.

Aladdin Passing on the lamp temporarily?

The question that comes to most minds (and I won’t lie about this, I have had this question too) is – “Why couldn’t Aladdin just wish for more wishes?” or “Why couldn’t he pass on the lamp to say Jasmine, or the Sultan, and thereby gain more wishes and make everyone happy?”

Firstly, it was clear from the initial rules (and provisos) that one cannot wish for more wishes. The Genie makes it clear right in the beginning.

So what was the problem with that? Aladdin was smart enough to trick the Genie into granting him a free wish, surely he could have thought of this and done it with the approval of the Genie, right?

Well, I believe it comes down to the character of Aladdin. Remember, he is a Diamond in the Rough that Jaffar finds with great effort. If Aladdin is going to use loopholes to ensure he gets all that he wants, and perhaps what his lover and friends want, and then finally gets to freeing the Genie … he’d be more of a Garnet in the Rough. He’d never have been the one picked to enter the cave in the first place.

Moreover, the central theme of the film revolves around “being trapped” (this is mentioned in the extras of the DVD).

Aladdin has already made a promise to the Genie. His acceptance of himself for who he is, and setting one of the trapped characters free, causes a domino effect of setting everyone else free.

Here’s every difference between the two Aladdin movies, 1992 and 2019. Click on the image below: 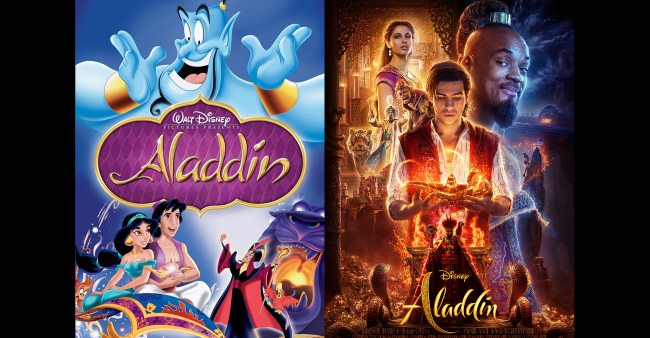