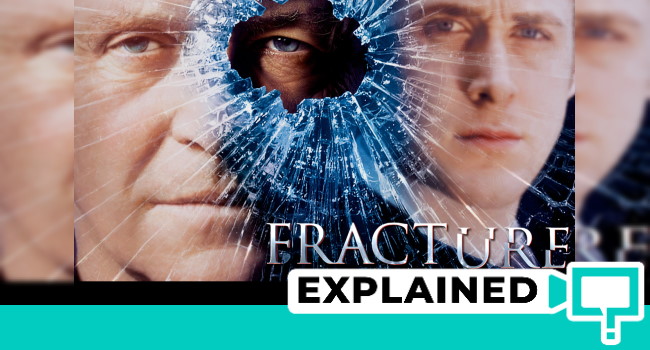 Fracture is a 2007 crime drama film directed by Gregory Hoblit and stars Anthony Hopkins, Ryan Gosling, Rosamund Pike, and Billy Burke in the lead roles. The movie is centered on a young attorney who finds himself in a case against a mastermind who he grossly underestimates. It’s a fantastic film and relatively straightforward with a neat twist at the end, and hence I’m going to keep this article short. Here’s a plot summary and ending of the movie Fracture explained.

How does Ted plan his crime?

Why does Ted get caught in the end?