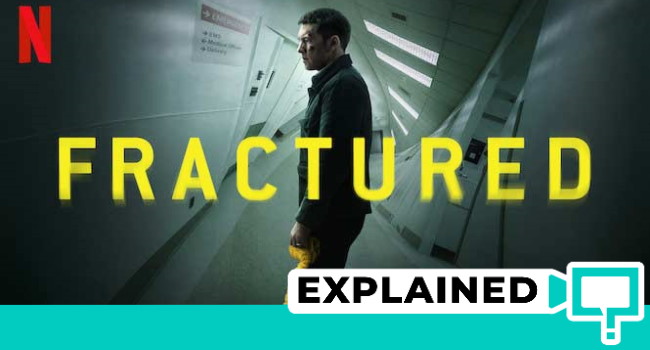 Fractured is a 2019 film directed by Brad Anderson, who is known for The Machinist (for the 2007 film Fracture, go here). The film stars Sam Worthington in the lead role. The plot is centered on Ray, who, along with his wife, rushes his wounded child to the hospital. Soon after, the mother and child go missing, and Ray’s suspicions turn towards the hospital. The film’s pretty straightforward, but I still got a lot of requests to narrate it. So here’s the plot and ending of the 2019 movie Fractured explained, spoilers ahead. You can watch the film – here.

Fractured: What Happened According To Ray

Ray and his wife had a minor argument. They stopped so their daughter, Peri, could use the bathroom. A dog tried to attack Peri, and he threw a stone at the dog. Peri was too close to the edge and fell into the construction site. Ray attempted to catch her, but he also fell and hit his head. When he came to, his wife was yelling at him to snap out of it. They noticed that their daughter is alive and conscious, but her hand was fractured.

Ray took them to the hospital and signed in. Dr. Berthram put Peri’s hand in a sling. After that, he advised getting a CT Scan done for her. Ray’s wife, Joanne, and Peri entered the lift to headed down. Ray caught a little snooze, and when he woke, Peri and Joanne went missing, and the hospital claimed that Peri was never admitted. After that, Ray brought down the roof looking for his family and got the help of two police officers.

They went to the site of the accident and noticed blood at the spot where Peri fell. The hospital counselor tried to convince Ray that he killed his family. That there never was a dog, and that he threw the stone at his daughter. But ray got a sight of the dog and held the counselor at gunpoint. He locked her in with the cops and got back to the hospital to look for his family.

After a fight with the hospital security, he headed to floor LL. Here he saw a couple of dead bodies with their organs missing. He also located his wife and daughter just before the “evil” doctors of the hospital operated on them. He saved Joanne and Peri and got into his car and drove away.

Fractured: What Happened According To The Counsellor

Ray was a troubled man and was struggling with his relationship and responsibilities, a recovering alcoholic. When they stopped to use the bathroom, he got angry at his daughter for not following his instructions and hurled a stone at her. This caused his daughter to fall and die. He also killed his wife and hid their bodies somewhere at the construction site. Because Ray has done such a heinous thing, his mind has decided to construct an alternate reality where he’s not a killer.

All the hospital witness was a guy with a head injury walking in by himself, getting treated, and refusing a CT Scan. After that, the guy goes on an insane rant demanding for his wife and child who was never admitted. Then he brings cops in, creates a massive scene, and escapes the hospital with a patient scheduled for an operation. In the process, he shoots an assistant doctor on the way out. 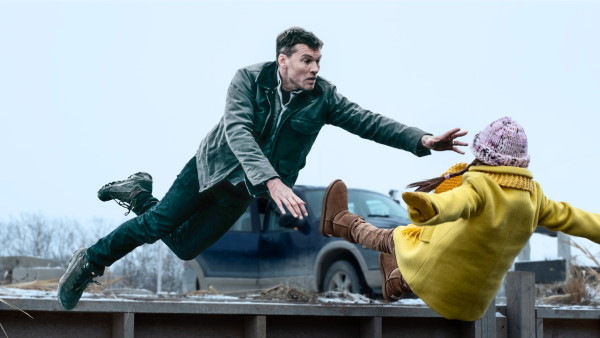 The Ending of the movie Fractured reveals that Ray has become insane. He has taken a random patient out of the hospital and driven away. Joanne and Peri are dead and are in the boot of the car. While Ray imagines talking to his wife, he’s merely talking to himself while a sick patient is dying in his back seat.

Ray is a recovering alcoholic and is struggling with his marriage. The dog was real, he did not throw the stone at his daughter. However, Peri falls to her death, and this makes him lose his mind. He pushes Joanne aside, and she lands on an iron rod, getting impaled. Ray puts the dead bodies of his wife and daughter in the trunk of his car and constructs a reality where they are still alive.

Recall the first scene when they are returning from a thanksgiving dinner at Joanne’s home. She’s clearly upset about how Ray behaved at her place. Ray has issues. Ray being drunk was perhaps the reason why he got into an accident years before. The car crash resulted in the death of this first wife and unborn child. Ray was already damaged because of this. Over the years, he’s been fighting his problem with alcohol. This has clearly put a strain on the relationship with his current wife. But he wants to be a supportive father and husband.

Unfortunately, the accident at the construction site makes him lose both his daughter and wife (all over again), and this makes him lose his mind. In the end, he goes down to floor LL, which is an authentic surgery floor. Ray imagines seeing the bodies with their organs removed. He imagines the doggie toy his daughter had. Though he takes the scarf from his daughter at the construction site, he imagines Joanne giving it to him at the hospital. Ray is a man driving away into a void.