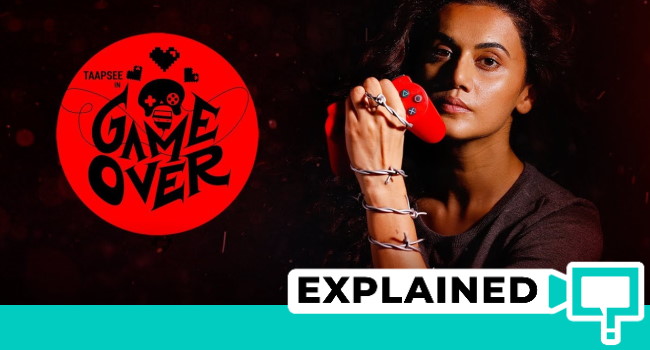 Game Over (2019) is an Indian Psychological Thriller directed Ashwin Saravanan starring Taapsee Pannu in the lead role. She appears to be emerging as India’s leading thriller actress featuring in films like Pink and Badla (Contratiempo remake). She’s fantastic in Game Over as well, where she plays a person recovering from sexual abuse and becomes the target of a home intruder. The ending stirred up a lot of debate as to what it meant, and I got a bunch of requests to write an article. So here’s Game Over’s ending explained. Spoilers ahead!

There is conclusive evidence as to why this is a “supernatural film” and not a metaphorical representation of Swapna’s struggle. Neither is the Game Over ending a video-game sequence that Swapna has designed. Read on!

Game Over: The Victims

We have a bunch of psychopath serial-killers who are specifically targetting young women who ink themselves through various tattoo parlors. We’re shown this in the opening montage. The killers first behead the victim and then burn their bodies. A killer also films the entire hunt using a video-camera. 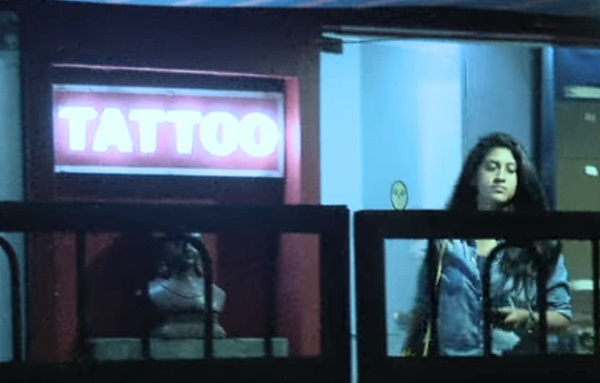 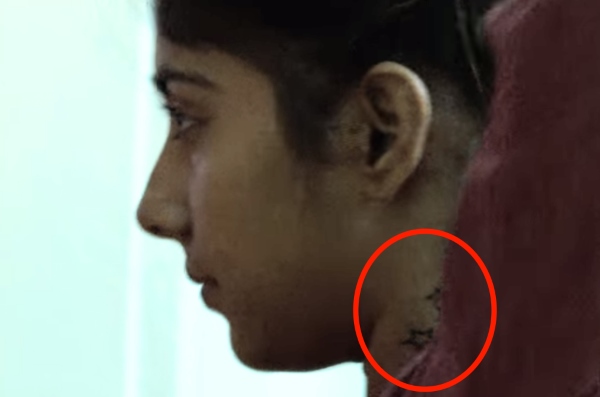 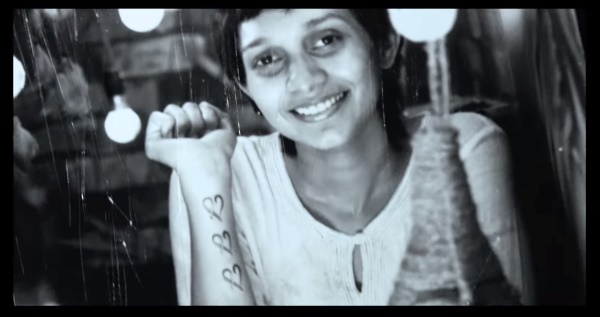 Amrutha and the Killer

The opening scenes of the film is footage being recorded on the handheld camera. Amrutha is the name of the 4th victim, as seen on her photo. The reason she has her three tattoos is that she’s fought cancer and won thrice. Too bad for her, the killers don’t care. As the killer kicks Amrutha’s decapitated head into the goal, we’re quickly shown his attire – a full leather outfit (at about 4m:30s). Through the recording, you can also hear heavy breathing – one that is coming from behind a mask. 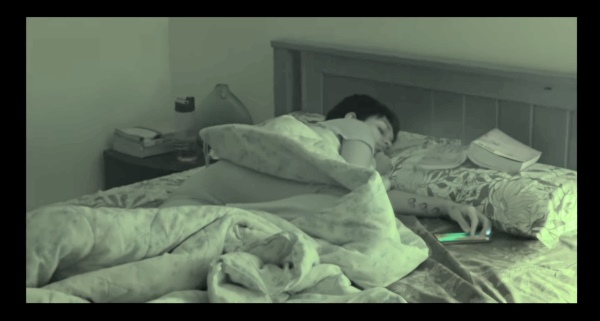 Amrutha’s mother decides to use her daughter’s ashes to ink herself as a memorial tattoo. But a mix-up results in the ashed ink being used on the tattoo Swapna gets done. On the day of her inking, Swapna gets drugged and sexually assaulted. Her assailant is jailed and a year passes, but Swapna continues to struggle with the aftermath of the assault as pictures still float on the internet. Eventually, she decides to kill herself but only ends up with broken legs. Amrutha’s mother meets Swapna to tell her the story of her daughter and the ink mix-up. Swapna decides to keep the tattoo. 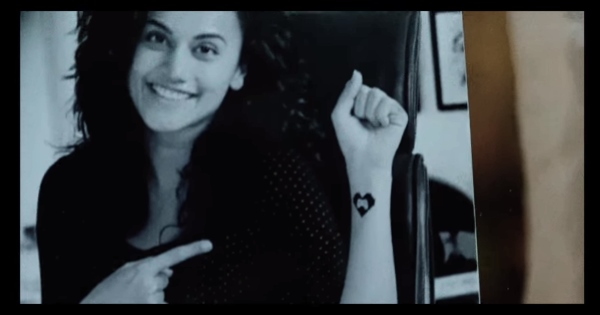 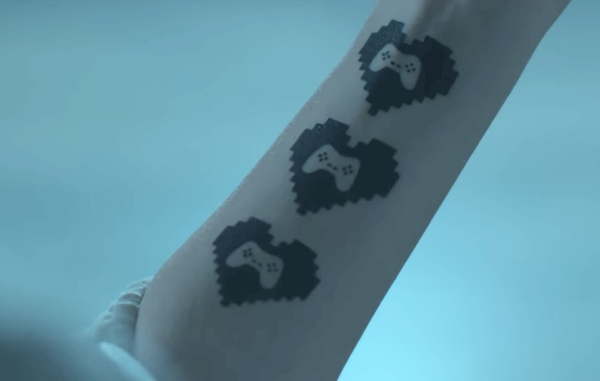 The killers were never apprehended, and eventually, they find their 10th target – Swapna. Paranormally, the three lives Amrutha gained by beating cancer is transferred to Swapna. Her one tattoo becomes three to represent this – much like an 80s-90s video-game. Ironically, her assailants are masked just like the bad guys in the Pac-Man that she keeps playing. Swapna is quickly killed and she wakes up with one less tattoo. Though she’s able to leave the house the next time around, her car is blown up, killing her once again – two lives down. Swapna uses the knowledge from her first two deaths to proactively take down the killers with help from her care-taker, Kalamma. 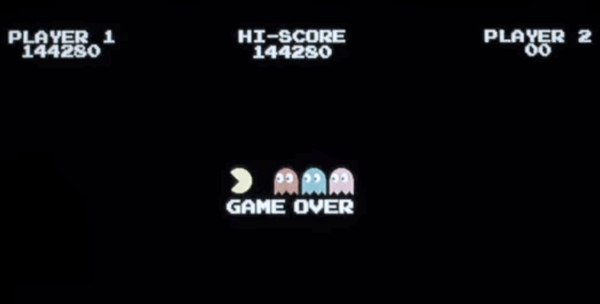 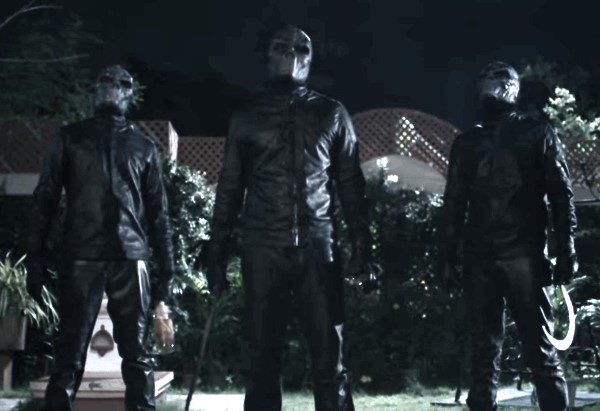 Game Over: Debunking Alternate Theories of a Video Game or the Subconscious Struggle

Why is the ending not mere events happening inside Swapna’s mind, or for that matter, not a video-game sequence as popular fan theories suggest? Simple, the killers were never caught. Only the audience knows that they capture their crime on a video-camera, dress in a leather outfit, wear a mask, and carry photos of their victims. We see the killer checking a photo of Swapna to confirm they are in the right house, and this is in first-person via the camera. The prior kill footages were never released to the press. No character in the film knows anything about the murderers. There is no way Swapna could have accurately guessed the attire, the camera, the mask, and the victim count-pictures. She doesn’t know this information. As a result, the final scenes are not occurring inside Swapna’s mind or in her video-game.

Game Over: Game On?

The whole video-game theory was born because of the words “Game On” appearing at the intermission (this is not there in the Netflix cut). The phrase does not mean that “the game has been turned on”. It’s typically said when one feels that a situation is about to develop in one’s favour. Well it does, in Swapna’s favour.

It was a really fantastic film. All said it would have been far more appealing to have not revealed details about the killers at the start. That way the final scenes could have been metaphorical representations of Swapna’s three lives. One which ended with her assault, the second that she tried to terminate through suicide, and the third where she will fight to survive.