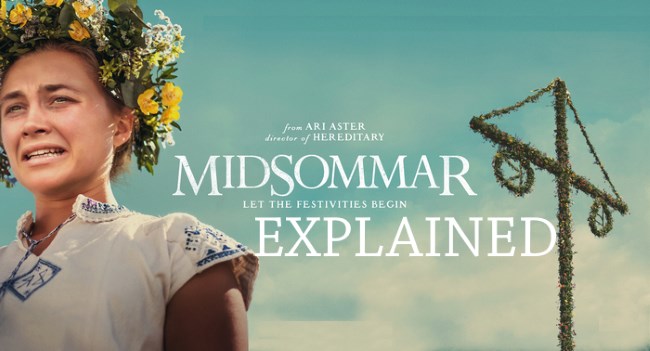 Midsommar is a 2019 Psychological Drama directed by Ari Aster, who gave us Hereditary. The film is centered on a bunch of students visiting Hälsingland for the midsummer celebration, which occurs once every 90 years. While the cinematography and depiction of one’s struggle with grief are both fantastic, the character development is quite poor. However, this is not a review of the film and I thank everyone who requested this write up. So, let’s jump straight to the explanation of the plot and ending of Midsommar.

Dani is in a toxic relationship with her emotionally absent boyfriend, Christian. Just as he’s about to break up with her, Dani’s sister kills both her parents and herself using elaborate piping from the car’s exhaust to pump Carbon Monoxide. Dani gets hurled into despair, and Christian plays boyfriend for a while more. Assuming that Dani would never actually pack her bags, he invites her to the Midsommar festival that he’s been planning with his friends Mark, Josh, and Pelle.

Midsommar: Who is Pelle?

Anyone who’s seen films involving cults placed at the center of the plot will quickly identify with Pelle and his hometown festival as a ritual that is bound to include a sacrifice. Unfortunately for the kids in the film, that isn’t the case. Dani agrees to join, and they all head out with two others Connie and Simon. Pelle is part of the cult that needs outsiders for their ceremony, and he herds the sheep for the slaughter.

It all begins well…

The group is joined by another couple, Connie and Simon, and are greeted with some magic mushrooms. They trip for many hours before Dani hallucinates pretty bad and makes a run for the woods. Nothing drastic happens until …

Midsommar: Jump off the cliff!

The group witnesses Ättestupa that is still followed by the cult. The ceremony is held for anyone who turns 72-years-old, and they willingly grotesquely kill themselves by dropping off a cliff. Their fall only to be broken by a rock. The lucky one becomes a pulp and perishes. The not-so-lucky one receives a well-aimed blow from a large mallet on his face as he screams in the agony of his decimated limbs. The other members of the village mimic the pain experienced by the fall, but would each actually experience it only if they turn 72. 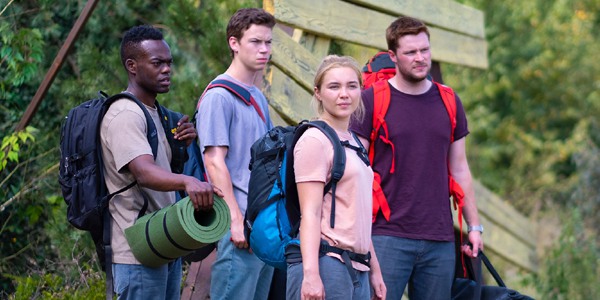 Midsommar: What happened to Simon?

Like any rational individual would, Simon reacts by screaming, “WHAAAAT?? I’m gettin’ the heck out of here!“. Little does he know, that is not an option. The members of the cult abduct and kill him off-screen. He’s later found hung as a blood-eagle, ouch.

Midsommar: What happened to Connie?

As Connie is packing up, the elders meet her to let her know that Simon took a headstart to the train station. Connie is annoyed with Simon for leaving her behind, but the cult soon unites her with him in death, also off-screen, all we hear is a scream.

Midsommar: What happened to Mark?

Mark casually relieves himself on a tree that the cult considers being tied spiritually to all of their dead. It’s the equivalent of Jake taking a leak on the Tree of Souls in Avatar. It was indeed a terrible choice of a tree, and it’s soon affirmed when one of the cult women takes Mark away seductively to have him butchered.

Midsommar: What happened to Josh?

Christian and Josh both want to their thesis on the Hårga. While Josh was the first to pick it, Christian leeches on to the same subject. The elders graciously allow both of them to take notes on their culture because they already know that no one is leaving. To get a jump on Christian, Josh attempts to take photographs of the cult’s sacred text, which he was explicitly told not to do. A naked man wearing Mark’s face and his friend club Josh to death.

The Love Ritual in Midsommar

Here’s the list of steps that are followed as part of the Midsommar Love Ritual:

These paintings are made by a deformed person born of incest whom the cult deems the oracle. The virgin’s name is Maja, and she takes a liking to Christian.

Concurrently, the May Queen event is held. This has a whole bunch of women doing a dance-till-you-drop routine around the maypole and ends when only one is left standing.

A heavily drugged Dani wins and is crowned the May Queen. And Christian is taken through the ritualistic food, drink, and mating process in the middle of a ring of women assisting by moaning on. Dani peeps through the keyhole to witness this and has a panic attack. Other cult women mimic to participate in her agony as her brain (metaphorically) turns into goo.

The end is revealed as Dani is asked to pick a person for the main act of the ritualistic sacrifice. Her choice is Christian as a “thank you” for the caring boyfriend that he’s been. Christian is drugged and sowed into an emptied out bear and placed at the center of the yellow tetrahedron. Along with his dead friends and two other cult volunteers, he’s burned alive to make way for a bright and prosperous next 90 years for the cult. Dani walks about laughing, for the first time, as she’s engulfed by the mouth of madness.

It appears that this event that happens every 90 years is meticulously planned out. Dani or Christian (and his friends) were not there by accident. They’ve been methodically tracked and targetted by Pelle and his brother. For all you know, Dani’s sister might have been psychologically tormented by this cult resulting in her suicide. This might have been the necessary trigger to get Dani into the right state of mind and bring her over to Sweden.