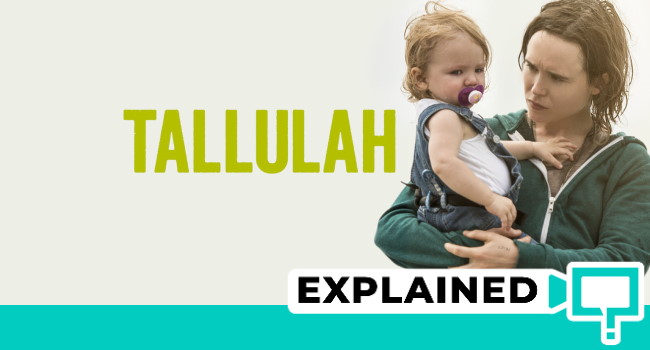 This is a 2016 Netflix movie directed by Sian Heder (her first full-length feature film). Tallulah’s cast includes Ellen Page, Allison Janney, and Tammy Blanchard (from The Invitation) to name a few. The film is centered on a young nomadic woman, Tallulah (meaning “leaping water” in native American), who happens to take away a baby from an irresponsible mother. Unable to support the child, she seeks help from her ex-boyfriend’s mother. Though Tallulah is not a true story, it is very believable fiction. The cast does a fantastic job and keeps you captivated through the length of the film. The on-screen chemistry that Ellen and Allison share is excellent. Here’s the Tallulah Sundance Movie Review. A lot of people reached out to me asking to write an article explaining the metaphorical elements of the film, especially that ending. Honestly, it’s nothing complicated, but here is the film Tallulah’s ending explained.

Tallulah, or Lu, lives in her van with her boyfriend, Nico. He runs away with her because he can’t stand living with his mother, Margo, anymore. While initially Nico is amazed by Lu’s carefree, nomadic style of living, he eventually feels that they need to settle down, get married, get a home, and even jobs. He also misses his mother and wants to go see her. This leads to a fight between them and Nico leaves without saying goodbye.

Not knowing where to go, Tallulah goes to Nico’s mom to ask for some money. Margo turns her down. She goes to other hotels and scrapes food off room service. In that process, she runs into Carolyn who presents herself to be a winning contender for “worst mother in the world” (oh she’s acted so well). Assuming that Tallulah is a hotel staff, Carolyn hands her baby, Maggie, and goes away attempting to have a fling with some dude. She comes back drunk and rejected and passes out. Fearing for the safety of the baby, Tallulah takes Maggie with her for the night and plans to return her by the morning. By the time she gets back to the hotel, there are cops all over the place. 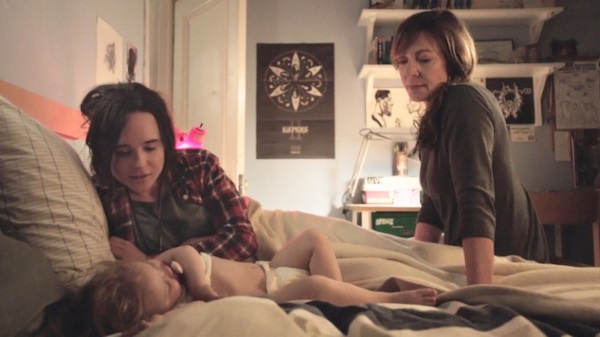 Afraid, Tallulah goes back to meet Margo and lies saying that the baby is hers and Nico’s and asks for one night’s shelter. Meanwhile, Nico is still hitchhiking his way back to Margo. Tallulah and Margo bond while the authorities publish Tallulah’s face in the tabloids. Margo accepts an invite for lunch at her husband’s new place. When there, he suspects Tallulah and states that his son would never abandon a homeless girl and his baby like this. Margo defends her and vents out all of her anger and frustration on her husband for having lied. For having let her build her happy family when all the while he knew he was gay. As a punishment, she doesn’t want to sign the divorce papers and make it any easier for him.

On their way back Carolyn runs into them and tries to chase them down. The two of them barely manage to enter the train and leave. Margo asks Tallulah who the woman was but doesn’t get an answer, and Tallulah leaves. Nico makes it back and learns what has happened. Given the pier is a favourite spot, he goes there looking for Tallulah. Margo’s husband and partner happen to find that picture of Tallulah in the papers and intimate the cops who show up at Margo’s house. 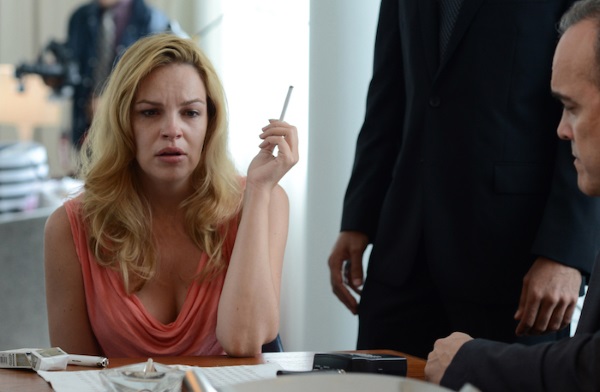 Nico takes Tallulah and Maggie to a hospital. Clearly, Nico still loves Tallulah. He asks her to run away while he keeps Maggie knowing very well that when the cops find him, he’s going to be in big trouble. Tallulah calls to apologize to Margo, but before she gets into the train, she has a change of heart and returns to the hospital.

The cops show up with Carolyn and claim the baby and arrest Tallulah. The episode makes Carolyn realize that she actually loves her baby even though she thought she never had any maternal instincts. Margo understands Tallulah’s intentions with the baby and promises to do her best to help as the cops take her away.

Now, let’s answer some of the questions that seem to be bothering many viewers.

What is the relevance of Tallulah swimming away?

Earlier on, Nico acknowledges Tallulah to be so carefree that she could just leave everything and swim away. She has nothing to hold her down. When Tallulah feels helpless holding a sick baby with the cops looking for her, she wants to run away from everything. Her swimming away is symbolic of that. She’s in the middle of so much turmoil that she regrets it all.

Does Tallulah keep the baby?

This is another common question, why hell no. In fact, she got her ass arrested for stealing the baby in the first place. Carolyn is united with her baby, and hopefully, this incident will make her a responsible mother.

Does Tallulah go to jail?

Certainly. Even though Margo promises to do her best she’s definitely going to get jail time. While it appears that Carolyn might not actually press charges, because she blames herself, her husband is not going to be forgiving. He is going to ensure that Tallulah is sentenced for stealing the baby.

Why does Tallulah smile in the car?

Through the course of the investigation, the detectives and cops realize that Carolyn was an irresponsible mother. That she was only anxious about herself than for her baby. After seeing that Tallulah didn’t run to save herself and stayed back for the safety of the baby, detective Richards understands why she took the baby. He turns around and asks “So, you make a habit of taking toddlers into protective custody?”. He doesn’t see it as a “kidnapping” (for monetary benefits) but an act to protect a toddler from her negligent mother. It doesn’t mean that Tallulah is free, but she’s happy to know that the detectives see her point of view, and smiles. 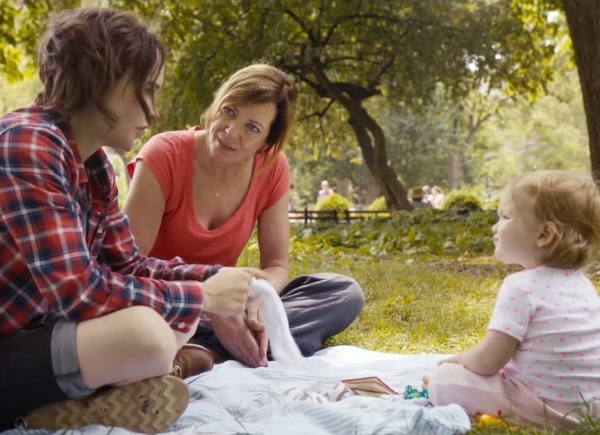 So what is it with all the floating away in the film? To understand that metaphor let’s look at what Tallulah says when she’s lying on the grass and talking to Margot.

Thank God there’s gravity, right? Hmm, like just sticking us here on the ground. What if it stopped, you know? Or what if it stopped just right in the spot where I was? I feel like that could happen. And if there wasn’t anything keeping me here anymore and I just floated off the planet. I guess I’d grab a tree or branch or something to stay connected to the earth, you know, so I wouldn’t go floating up into space.

To which Margot replies saying:

As nomadic as Tallulah is, she likes her life. He finds it to be liberating to be living in her van. Her trailer is everything she owns and loves. In an earlier scene in the film, we see a dream sequence which shows her floating away. It’s her van that she grabs on to. It is metaphorically what hinges her to the earth. More so, the trailer has Nico in it, a person she truly loves. It’s what she lives for.

Margot has had her life turn upside down knowing that most of her adult family life was a lie. Her husband deliberately allowed her to build her family and the love for it without telling her that he’s gay. While their friends see it as a brave move for him to come out of the closet, Margot disagrees. She only sees it as a long-lasting lie which he could have put to an end sooner. Margot is a bitter person now and as a result, has had her son leave her too. At this point, she doesn’t have anything left to hold on to in her life. Everything has been taken away. But then she meets Tallulah and Maggie. She even starts warming up to the lobby man (who she unceremoniously pushes away, poor chap, hope he gets another shot). Also, her son returns. By the end of the movie, she has been able to re-connect with her life through Tallulah. When she floats away, she grabs onto a branch which metaphorically signifies that she’s found new meaning in her life again, to stay.

Will there be a Tallulah 2?

Here’s a question that has been going around a lot. I think international binge watching of series with endless seasons has led to this. There shouldn’t be a “Tallulah 2” which one day becomes a series called the “Narratives of Lu” where she progressively meets new people and somehow ends up changing their lives. There simply shouldn’t. Tallulah is a good film because it starts, conveys its story, and ends.