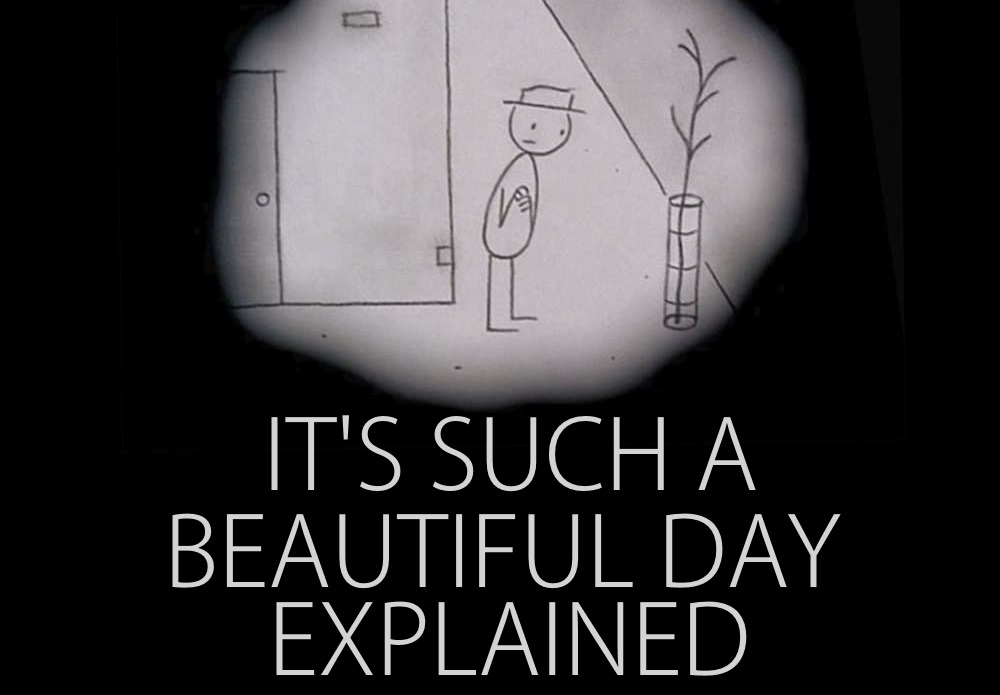 The film is a simple line-animation directed by Don Hertzfeldt. His prior film was called Rejected. It’s Such A Beautiful Day has been on and off Netflix, not sure what’s happening there. Magnolia is another movie that comes to mind after I saw this one. This film is not for everyone, it’s highly philosophical in nature with a well-written narrative. However, you are going to have to accept the plain animation which is central to the film. This is not a very detailed article. In a nutshell, let’s take a look at It’s Such A Beautiful Day’s meaning.

It’s Such A Beautiful Day: Analysis

The film has one central theme and it’s not hard to guess – that life is beautiful, each day is. And that death makes it possible to appreciate life.

Bill is shown to be a guy who was raised by a single mother. He belongs to a family that has been plagued by dementia and a host of sicknesses. Many of his family members were claimed by a variety of diseases, and possible suicides.

Eventually, Bill is also affected by a severe condition; it appears to be a tumour of sorts. The first attack finds him in a hospital for a while where doctors are not able to make sense of what’s happening. Bill gets better and is discharged.

Like most of us, Bill is scared of death. He even spends hours at length thinking about it. The fear of death is so gripping for him that Bill barely lives. But he slowly begins to get better and more positive about things.

Just as he’s all good and is at the peak of his health, Bill has a stroke and is back to the hospital. This time he begins to lose his memories and is slowly fading away. But now, he realizes how life is so beautiful. Notice how the monochromatic stick figure starts converting into the world that we see and know. We are shown a patient from a nearby bed who’s been paralyzed, and the only thing he feels is pain. Now, compared to that most of us do live beautiful lives.

Bill even figures that there is no room to hold on to a grudge. With whatever little memory he has left, he finds his father who abandoned him as a child. His father, too, is in a condition much like himself, with no recollection of anything, and in a wheelchair. Bill spends some time with him and says that he has forgiven him.

Eventually, all his memories fade away entirely, and he is left with no regrets, ready to die. The narration we have been hearing is merely Bills thoughts in first-person. Notice how the narrator gets affected at all points in the film when Bill loses consciousness, the narration stops. e.g.: when he’s under anesthesia or has had a stroke. 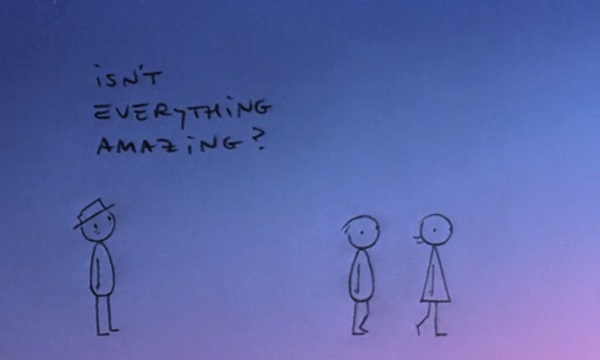 In the end, the narrator is almost not willing to accept death. Instead, we are shown a montage of Bill’s life if he were never to die. How he’d have to outlive all his lovers and children. How he’d have to outlive all of humanity, then all of life on earth, then the Earth itself, then the Sun, then all of the stars, and finally be left with nothing but an emptiness. The film ends here.

This final montage is played out to show us how an endless life doesn’t have anything to do with happiness. That happiness is found in small things – like eating ice cream bars with a friend or getting a note from your mother saying “I am so proud of you”. And that death is the thing that gives life its value.