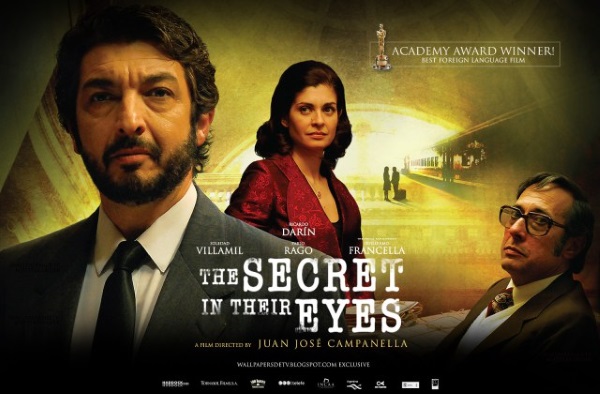 The film is about a novel that Benjamín (Ricardo Darín), a retired federal officer, is looking to write. 25 years in the past there was a peculiar case that Benjamín was working on and he wants to write the novel about this case. He comes to meet Irene (Soledad Villamil) who was the new department chief then and is a judge now. The case was about a girl, Liliana (Carla Quevedo), who was brutally raped and murdered. As they discuss the novel the 25 year old case unfolds for the audience.

It’s a great film and in case you have watched the English version, it might be nice to give this a go. The English version is not a crime story of the past that they are recollecting. It is a current event. Spoilers Ahead. 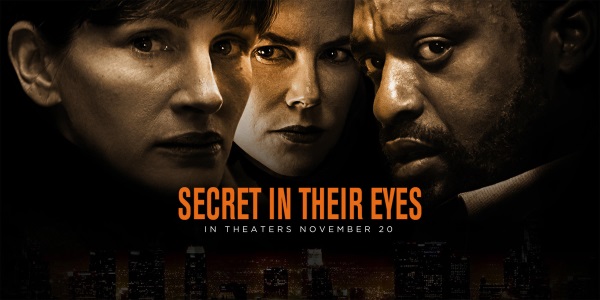 So let’s talk about the case. Benjamín and his partner Pablo begin investigations around the murder and don’t find anything of use. The girl’s fiancé is Ricardo Morales who is initially someone you are bound to suspect. But soon you realize that he really loved her and he’s not the one. They eventually narrow down on their suspect – Isidoro. They find him in various photo albums eyeing Liliana. They steal some of his letters to Liliana from his mother’s place. The letters don’t pan out and more over they get caught and the case is shut.

A year later Benjamín convinces Irene to open the case. Alongside this, they also show some sparks between Irene and Benjamin. However, Irene is engaged to someone else and they leave it at that. Pablo identifies that the names Isidoro uses in the letters are related to players at a Racing Club in Buenos Aires. Pablo realizes that Isidoro is highly likely to be at the club so they go there to nab him. They get lucky and arrest him. They bring him in for interrogation. But this they do illegally. They have nothing to charge him with. Irene steps in to stop it but she notices Isidoro’s eyes ogling at her. She too realizes that this guy could be the murderer. Irene provokes him and he exposes himself (quite literally) and confesses to his crime too.

Here’s the problem. Isidoro does go to jail. But Romano, another person from the justice department who Benjamín hates and has even physically attacked in regards to another case, is now in charge of Isidoro. Instead of keeping Isidoro locked up, he decides to find a way and release him just to get even with Benjamín. Romano gets Isidoro released on the grounds of having helped in obtaining information to combat left wing guerrillas. In effect, it is just some loophole to get him out.

Benjamín gives Ricardo this news of Isidoro’s release and Ricardo is disappointed but thanks Benjamín for his efforts. Soon after this, Pablo gets killed. Who kills him? Well, that is not disclosed. But perhaps it is hitmen sent by Isidoro. Benjamín could be the next possible target. So fearing for his life, he takes a transfer to Jujuy Province. Benjamín and Irene meet one last time at the railway station.

Somewhere at this time Ricardo locates and kidnaps Isidoro. Ricardo believes Isidoro deserves life imprisonment for his crime and not death. Death is quick while life imprisonment makes you regret the crime your entire life. Ricardo builds a jail cell in a small building near his house. He puts Isidoro here and keeps him there giving him food and keeping him alive – this is his life imprisonment. No one knows this. Years pass.

The end of the film shows Benjamín locating Ricardo and taking his completed book to him for a read. Ricardo initially gets angry with Benjamín’s questions on how Ricardo found peace knowing that the killer was free. Soon, Ricardo confesses that after Isidoro’s release, he kidnapped him and killed him. Benjamín leaves but feels something is off. He recollects Ricardo specifically not wanting to kill Isidoro. Benjamín follows Ricardo to the nearby building. Benjamín enters it to find an aged Isidoro in a makeshift jail cell kept alive by Ricardo. Isidoro is in a terrible state because of his solitary confinement for decades. All he wants is to be talked to and desperately asks Benjamín to ask Ricardo to, at least, talk to him.

Ricardo says “You promised life imprisonment”. Benjamín gives an acknowledging nod and leaves. This means Benjamín agrees with what Ricardo is doing. Benjamín goes to meet Irene and they decide to begin a relationship even if it is going to be complicated. They don’t go into the details but clearly Irene’s marriage didn’t last. The film ends.