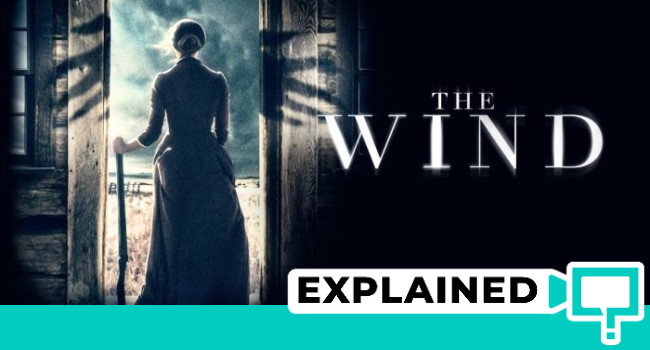 I was recommended this film by many readers on the site; specifically, Beth and Gene, thank you. The Wind is a Psychological Thriller directed by Emma Tammi. A horror that doesn’t fall prey to the stereotypes of the genre (read – Hereditary, A Quiet Place, Bird Box). The Wind cast includes Caitlin Gerard, Ashley Zukerman, and Julia Goldani Telles to name a few. The film is set in the 1800s centered on a woman experiencing isolation in a new settlement where there is not a soul around for miles. Heads up, this is not The Wind film review, so plenty of spoilers ahead. Here is the plot summary and explanation of the ending of The Wind (2018 movie).

Why are Lizzy and Isaac living all alone on the plains in The Wind?

Well, in the 1800s, there was the Homestead Act of 1862 where applicants would be given a tract of 160 acres if they were able to live on it and make something out of it in a five-year period. The occupants had to reside on the land for five years, and show evidence of having made improvements. Farmers took this up as a means of creating a livelihood. But living in conditions totally cut off from people and amenities would have been an incredibly difficult feat. In The Wind movie, Lizzy and Isaac are one such couple who live on their isolated land.

The Wind: Wouldn’t one go crazy living all alone?

Well yes, of course, it even has a name – Prarie Madness. Settlers moving from urbanized areas in the East faced the risk of a mental breakdown caused by the harsh living conditions and the extreme levels of isolation. Symptoms of prairie madness included depression, withdrawal, changes in character and habit, and violence. Apparently, the sound of winds in open plains is nothing ever heard in urban areas. They tend to sound like whispers, brrr, hence the name of the movie. 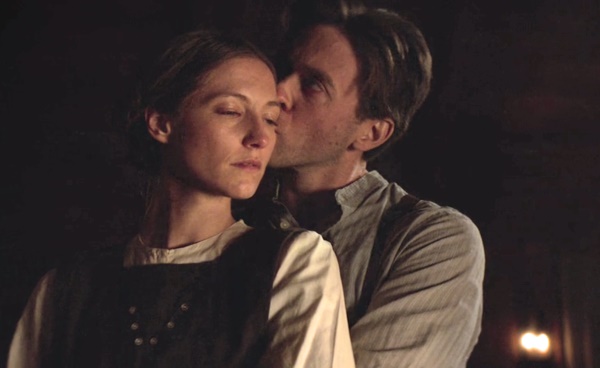 Isaac and Lizzy move to the Prarie and start their lives there. Lizzy slowly begins feeling that there is something else there in the prairie, but Isaac reassures her saying it’s just the two of them. Lizzy becomes pregnant, but because of lack of any medical support, they attempt a home birth, and she gives birth to a stillborn. This is a significant juncture for Lizzy, as she loses faith in God, and that she was not protected from the prairie demon. Even through her pregnancy, Lizzy experiences being tormented by evil spirits knocking at her door and talking to her in Isaac’s voice.

Eventually, another couple, Emma and Gideon move into the prairie as neighbours, and their house is a mile away. Emma evidently shows a liking for Isaac, complimenting his manliness. After a while, Emma, too, begins to feel a presence that is after her baby. Lizzy’s finds that her beliefs about demons are corroborated by Emma’s claims. Emma slowly begins to disclose that her baby is actually Isaacs and not Gideon’s. One night Emma dances playfully with Lizzy’s gun and states that she’s asked Gideon to leave and it will only be the three of them now.

The end of The Wind discloses that Lizzy was overcome with rage and jealousy coupled with prairie madness. Unable to bear that her husband might be sleeping with Emma, she shoots her in the face with her gun. Isaac and Gideon assume that Emma committed suicide.

The Wind movie begins with Lizzy operating on a dead Emma to take out her stillborn child. After burying his wife and baby, Gideon decides to move back to the city. Considering what she has done, Lizzy begins seeing things. Now, some of the events are real, others are hallucinations, and I’ll try and distinguish between them. Let’s be aware that the plot is shown through the viewpoint of an unreliable narrator, so there is going to be some grey area.

The wolves that attack Lizzy are probably real. They perhaps kill the goat too. There is nothing sinister here, just some hungry predators looking for food. Lizzy shoots at the wolves through the door and scares them away. But she imagines a human-sized entity trying to break the door open. This entity is a hallucination. Later, Lizzy sees the goat alive. This is possibly a hallucination as goats, in fiction, have known to have a demonic connection. Lizzy’s belief in the prairie demon is making her imagine her goat, and she shoots at it.

When Lizzy goes over to Harper’s residence to investigate a light that turns on, she encounters the demonic presence that shakes the house. After that, Emma’s ghost grabs her hand, causing Lizzy to faint. These supernatural events are transpiring only inside Lizzy’s mind. Next morning, Lizzy returns with Emma’s journal, and we see her ghost following Lizzy. The journal is real and has Emma hinting about Isaac being the father of her baby. 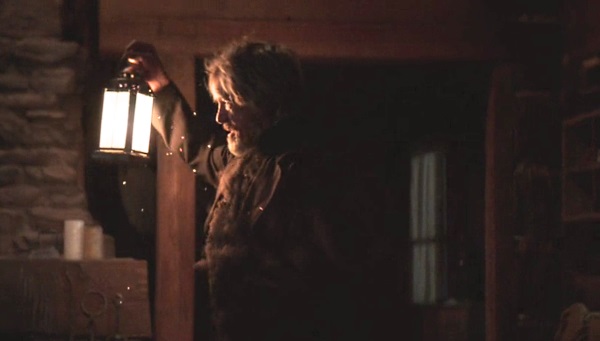 The Reverend in The Wind Explained

That night the reverend drops by at Lizzy’s place and spends time with her. Lizzy expresses her disbelief in God but cooks the pastor a meal. As he leaves, Lizzy suggests that he should spend the night at the empty Harper’s home. The pastor is real and actually visits Lizzy. But I believe he heads back to town right after and doesn’t stay at the Harper’s.

At night, the reverend shows up afraid saying there is some “thing” out there. Once Lizzy lets him in, he asks her why they still live here. Lizzy explains that Isaac doesn’t believe her. The pastor suddenly says, “but when Emma saw it…” disclosing he knows more than he should. Then his eyes turn black, and he starts turning to ash and smoke. Lizzy runs to take cover at the Harper’s for the night. Next morning, she finds the dead body of the pastor. Well, like I said, I believe the reverend left right after his meal. Everything else was a manifestation inside Lizzy’s head, including the dead body. This is confirmed by Isaac later who says he met the pastor who expressed gratitude for the meal.

The attack on Lizzy

Lizzy is about to kill herself but stops when she sees Isaac. She points her gun at Isaac because she suspects him to be a demon. Inside their home, Isaac and Lizzy argue about the paranormal activities, and he storms out in anger. Lizzy is confronted by Emma’s ghost and the demonic reverend and finds herself hurled into the air. She lands on a pair of scissors that impales her and goes unconscious. The truth is that she manifested all of the paranormal events and that she merely stabbed herself.

Isaac rightfully ties Lizzy to the bed so that she doesn’t hurt herself any further. When he finds Emma’s journal, he suspects that Lizzy has killed Emma. Lizzy cuts herself lose as Isaac is distracted. She tries telling Isaac that they need to leave and there is something in the house. Isaac screams, and his eyes turn black. Lizzy stabs him in the neck. Isaac is not possessed, he’s just angry, it is Lizzy who’s lost her sanity and kills her husband.

The Wind Ending shows Lizzy laying down Isaac who she has stabbed and killed. She heads outside and sits down, remembering the time they first moved to the prairie, feeling that there is some “thing” there. Lizzy sits covered in blood, as the prairie madness takes her over entirely and everything around is empty just like her mind.

Other Fiction Related to The Wind (2018)

Surprisingly, there is an old novel by the name The Wind by Dorothy Scarborough which was made into a film by the same name in 1928. While the story-line has no commonalities with the 2018 movie, the theme of the novel was based on prairie madness.