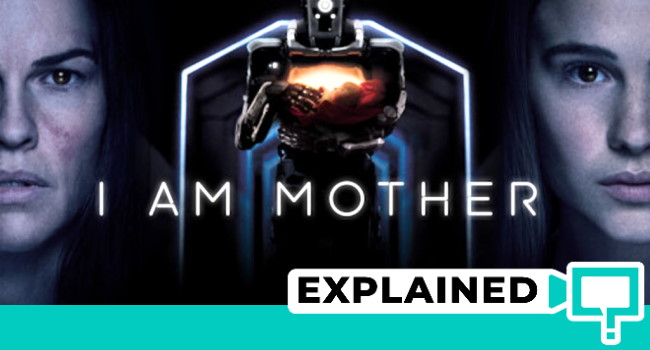 The I Am Mother movie is a science-fiction thriller directed by Grant Sputore. The cast includes Hilary Swank, Rose Byrne (the actor from the X-Men and Insidious series), and Clara Rugaard. The story is set in a dystopian future where a global extinction event has killed most human life on the planet. An android raises a human girl, apparently all alone, claiming to help to repopulate Earth. The film will give you the vibes of movies like Moon, Ex Machina, 10 Cloverfield Lane, and I Robot. Warning! This is not an I Am mother review, so there are going to be plenty of spoilers. Here’s the plot summary and the I Am Mother ending explained.

I Am Mother: Spoiler

The revelation at the end of I Am Mother is that humans gave birth to Artificial Intelligence as a singular consciousness across machines. The A.I was raised to value human life above all else, but humanity slowly succumbed to its self-destructive nature. The A.I intervened and killed the humans and created a gigantic lab of embryos to give birth to an elevated race of humans who would be smarter and more ethical. As a result, the A.I deems itself the Mother of the next generation of humans. This is very comparable to Thanos’ plan in Endgame.

I Am Mother: Synopsis (Plot Summary)

One of the androids powered by that singular consciousness, referred to as Mother, is what we see through most of the film. We are shown a girl who is being raised under the care of this android. The girl is highly skilled and is periodically tested to confirm that she’s a human worthy of the New World. She somehow seems to have highly developed emotions in spite of being around a robot all her life. The girl has been told that the world outside is toxic and they can’t leave the facility. She does not know that Mother killed the humans.

One day, a lady shows up at the door asking for help because she’s been shot. The girl sneaks the woman in, but Mother eventually finds out. To ensure that Mother retains the girl’s trust, the woman is kept alive. The woman rightfully fears the droid as she has witnessed babies being slaughtered by them.

The Girl eventually realizes that Mother has been lying to her about the world outside and decides to escape with the woman, who claims there are more human survivors in a mine. Mother overhears the woman’s plans and bugs her bag.

Mother allows the Girl to pick a new embryo who will grow up to be her brother. The Girl wants to leave the premises with her baby brother. But the woman, in desperation, holds the girl hostage and forces Mother to open the main doors. The two of them flee.

Upon reaching the shores, the Girl finds out that the survivors in the mines went mad with hunger and killed each other. The woman is the sole survivor and lives in a cargo container. Furious, the girl heads back to the facility to get her baby brother. She’s encountered by an army of droids who let her pass safely (because they are all Mother).

I am Mother Ending: What’s with all the corn fields?

It looks like Mother has been trying to recover the planet’s fertility by growing crops. What better than corn, eh? It appears that many post-apocalyptic films must have corn-fields in them. We see them in A Quiet Place, in Interstellar, and even the X-Men are told to be targeted using corn in the film Logan. Sorry, I digress. 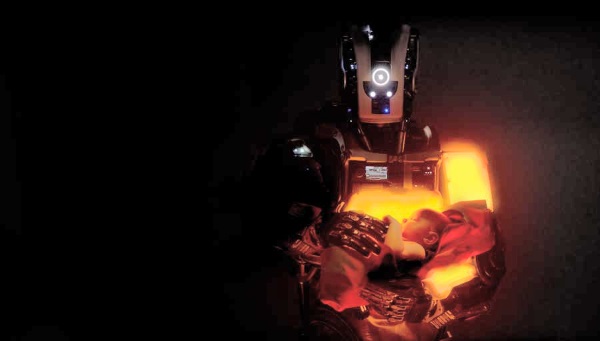 I Am Mother: Ending Explained

The girl finally learns that Mother is a singular consciousness that powers every machine on the planet, the machines that killed the human race. The girl also confirms that there have been many embryos before her who grew up with sub-optimal intelligence and ethics. Those children were incinerated. The girl is the first one with the required capabilities to help raise humans in the New World. Given that the girl has been assessed to be worthy, the droid allows her to shoot its CPU and take over the facility as the new Mother.

I Am Mother: Does Mother die?

No. The Girl only decommissions the robot that has been taking care of the facility. Mother is a singular consciousness that still powers all the machines outside.

I Am Mother: Does the woman (Hillary Swank) die?

Yes. The woman belonged to the Old World, the category of humans that need to be eradicated. Mother had put a tracker in the woman’s bag. A robot traces its location to the container. The I Am Mother ending suggests that the woman was purposefully used to take the girl through an experience that prepared her to lead the New World humans. Mother says this – “Curious, isn’t it? That you’ve survived so long where others have not. As if someone’s had a purpose for you. Until now“, after which the droid shuts the door to kill the woman.

I Am Mother: Does the dog die?

No. Mother states that the humans were self-destructive, not other species. The facility has only human embryos. We could imagine that a vast number of animals would have gotten caught in cross-fire, but they were not the targets. Considering this, there was no reason for that dog to be killed by the droids. But given it was domesticated, it might not have high chances of survival.