Episode 7 of the series Love, Death And Robots on Netflix is named Beyond the Aquila Rift. The story is centered on the crew members of a space ship, Blue Goose, who have just completed their regular mission and are about to head back home to Earth. Like all long distance travels in Science Fiction films, here too we have the crew planning to go into cryo-sleep in the duration of the journey. When they wake up, they realize they may be way off course. Here’s Episode 7 of Love Death and Robots: Beyond The Aquila Rift’s ending explained.

Beyond The Aquila Rift: Plot Summary

Thom, Suzy, and Ray are the three crew members of the ship. The short story doesn’t go into what their mission was about, but we know its regular stuff they have done before. They’re waiting in a queue to be sent back home by the dispatch center called Arkangel. Suzy, the Navigation Officer, mentions that she’s plotted the course back to Earth. However, she says that she has managed to find a shortcut. The crew also states that their Q-Jibs are a touch misaligned. Well, this is the crux of the whole mess up. 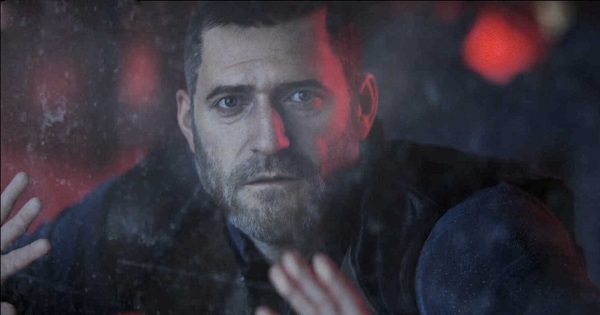 The misalignment and the shortcut happen to take their ship light-years off course and through a space-web, the home of an alien arachnid creature. Just like a spider, the alien has spun webs into which lost ships wander into. It appears that the creature then consumes from the resources of the various ships as part of its survival. Now, here’s the cool bit – the alien is empathetic, it doesn’t consume or feed on the living. Instead, it projects a pleasant illusion inside the minds of survivors. The creature does this to ensure that the survivors can last their lives out peacefully until their bodies wither and die.

In the case of Thom, the creature inserts an illusion presenting itself to be Greta, an ex-love interest of Thom. And much like Neo from the Matrix, Thom ends up living in his simulation for an extended period. We never see Ray being woken up, but Thom attempts to wake Suzy up a couple of times, and her mind rejects the illusion stating that Greta is not real. Since we see things only through the mind of Thom, we don’t know what Suzy and Ray actually went through. They could have each been served their own illusions. I believe that the hallucinations were not shared because each person would need a different reality to keep them happy. For Thom, it was Greta, for Suzy it would be something else. The bottom line is that the creature didn’t want any of them to see what was really happening to them. Death was imminent, but the passing didn’t have to be horrific. 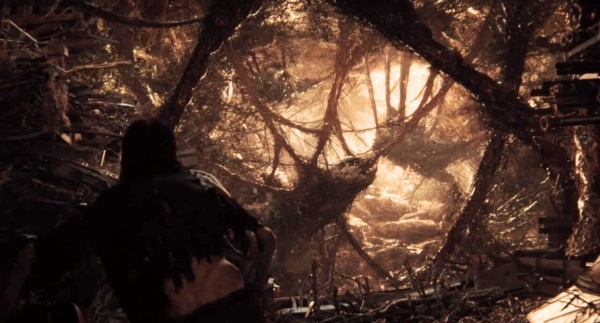 Beyond The Aquila Rift: Ending Explained

But like Neo, Thom happens to eventually reject his fake reality but not before boinking Greta a couple of times. He questions Greta once he notices that the wound on her neck has disappeared. Greta tells him he may not be ready for facing the reality, she also mentions that she cares for all the lost souls that end up there. The truth is finally displayed to Thom and the audience – it’s a massive space web were we see many ships in cocoons. We are shown that Thom is much older and is malnourished, Ray and Suzy are dead in their sleep tanks – they eventually died from undernourishment just like Thom soon will. We are finally revealed the creature in its real form – the arachnid. I like how for a short moment we see a humanoid, but out comes this empathetic beast. Thom is horrified.

In the end, the illusion restarts where Thom meets Greta and believes to be seeing her after 4 long years. Thom is young again. This reveals to us that Thom has been going through his hallucinations in loops endlessly as his body is withering away, but his mind is at peace. 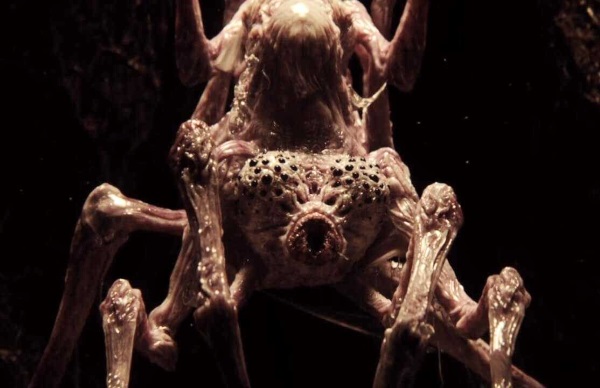